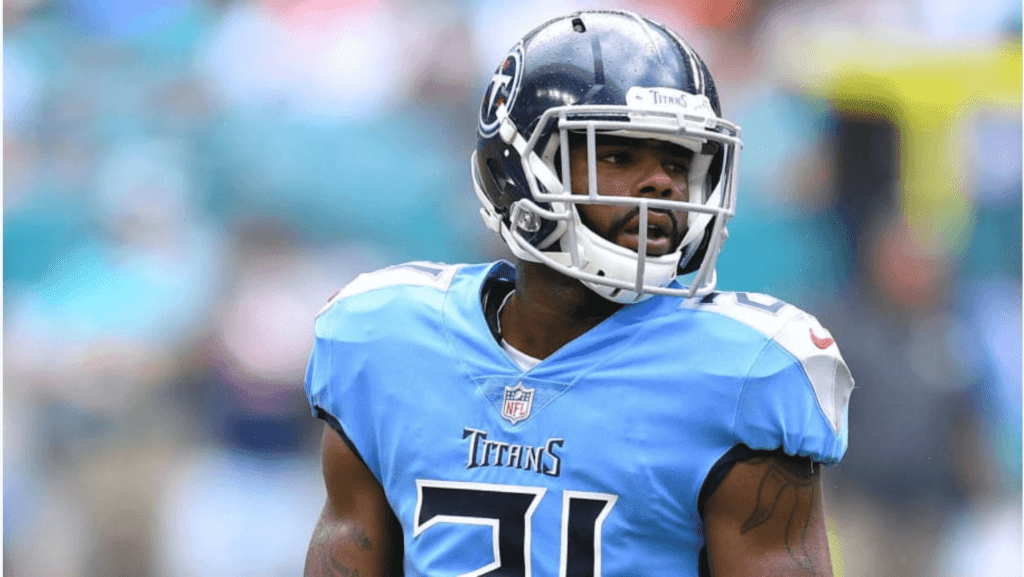 FOXBOROUGH — The Patriots (7-2) and Titans (4-4) will have a combined 92 players active for Sunday’s game at Nissan Stadium in Nashville on Sunday, but all eyes will be on former Patriots now Titans cornerback Malcolm Butler.

The hero of Super Bowl XLIX, and the mystery of Super Bowl LII; Butler signed a five-year, $61 million deal with the Titans in free agency last March.

However, the former Patriot is having a difficult time adjusting to his new team, allowing more yards (618) and touchdowns (seven) into his coverage than any other defensive player in the NFL.

Furthermore, Butler ranks 98th out of 111 qualified cornerbacks with a 51.9 overall grade from Pro Football Focus.

“As a corner, at any level, you always have to have confidence just to go out there and be able to keep playing. No different from what he did the other night. There were some good football snaps there in the second half that really helped us win the game,” Vrabel said.

“My confidence is where his is. That’s, looks good and he continues to work, and I have confidence in him.”

The former Patriots linebacker described Butler’s issues in coverage as problems with his technique rather than a drop off in his physical abilities.

“There’s technique and details that are associated with every player at every position. When you stray at times from those techniques and those details, you sometimes tend not to do your job as well as you would had you focused on the detail sans technique,” said Vrabel.

“Like I’ve mentioned to him and everybody else, in man coverage you have to stare at your man. That’s the first place to start, making sure your eyes are in the right place, you know that you’re not looking back at the quarterback.”

On Wednesday, reporters in Tennessee talked to the cornerback about his struggles and Butler was honest, owning up to the technique issues that his head coach described.

Although it’s evident that Butler’s play has fallen off this season, his former teammates claim they’ve seen the same player on tape that became a Pro Bowler in New England.

“Malcolm is Malcolm,” said Patriots wide receiver Julian Edelman. He’s gotten beat a couple of times, but that’s the nature of his game. He’s a really aggressive player that competes and plays the ball well through your hands. I have a lot of respect for Malcolm.”

Below, we’ll go through the tape to highlight some of the issues that Butler is having in coverage this season:

Titans head coach Mike Vrabel has said numerous times that teams are catching Butler looking into the quarterback rather than at the receiver in man coverage, so let’s start there.

On Monday night against Dallas, Butler was exposed by Cowboys wideouts Amari Cooper and Allen Hurns to the tune of 108 yards and two touchdowns into his coverage, and eye discipline was his main issue.

On this second-quarter touchdown to Hurns, Butler was badly beaten by a double-move on the perimeter. As you can see, Butler’s eyes are on Hurns at first, but once Hurns sells the inside move, Butler’s eyes dart into the backfield as he attempts to jump the route to make a play on the football. Hurns sees Butler overcommit and breaks his route upfield for an easy score.

Hurns’ touchdown also illustrates a schematic decision by the Titans coaching staff that has put Butler in some difficult positions this season.

Look at the overhead angle of the play. Butler is at the bottom of the screen on Hurns, and despite Dallas being in a trips set to Butler’s side, the lone deep safety in the coverage is on the opposite side of the field, leaving Butler on an island with Hurns.

With the Patriots, Butler often received safety help, but the Titans trust their big-money corner to take receivers one-on-one without a safety over the top.

Here’s another example of Butler peaking in at the quarterback instead of following the receiver.

This time, the Cowboys are on the goal line, and Butler is isolated with Cooper at the bottom of the screen. Cooper runs a return route, a signature of the Patriots offense. Butler once again has his eyes in the backfield looking for the interception, and Cooper returns to the sideline turning Butler around in the process. To make matters worse, Butler has help this time to the inside from the safety and still bites on the route.

Although the Patriots shouldn’t attack Butler just for the sake of doing it, expect them to test him with double moves and change of direction routes until he proves he can stop them.

LACK OF JAM/PHYSICALITY AT THE LINE OF SCRIMMAGE

One of the staples of Butler’s game as a Patriot was his physicality at the line of scrimmage.

But as I’ve evaluated his tape in Tennessee, it’s clear that this aspect of his game has escaped him.

Butler doesn’t have the physical abilities to make up for poor technique, and when he doesn’t get his hands on receivers early in their route, he’s going to struggle.

On this play, Butler is matched up against Cooper again, one of the best route runners in the league. Butler is in press man coverage, but when Cooper begins his route, he allows the new Cowboys wideout a free release at the line of scrimmage. Cooper stems him to the outside and then breaks inside on the slant, and Butler is turned around again by the former first-round pick. When you face a prolific route runner like Cooper, you better get your hands on him at the line of scrimmage.

Now let’s rewind to Tennessee’s game against the Houston Texans in Week 2.

Butler is at the top of the screen this time in man coverage with Houston speedster Will Fuller. The former Patriots cornerback attempts to jam Fuller at the line of scrimmage, but whiffs and Fuller gets over the top of him for a long touchdown. Butler recovers nicely after losing the battle at the line, but Watson drops the throw in there, and once again, the safety is on the far hash shading toward DeAndre Hopkins leaving Butler on an island with Fuller.

If Butler wants to return to form, reestablishing his physical nature is of the utmost importance.

Finally, as some of the plays above have shown already, Butler’s had trouble reading the releases of receivers and anticipating routes.

Anticipation is key in defensive football. It’s impossible to stop receivers when you’re always on your heels and reacting to what’s developing around you, so it’s essential to get a bead on what the offense is running through film study or by reading the receivers release.

This is something that Patriots cornerback Stephon Gilmore has perfected since he joined the team.

Against the Eagles in Week 4, wide receiver Jordan Matthews, a guy that isn’t known for his speed, ran right past Butler for a long touchdown. Matthews is getting upfield the entire way, but Butler gets caught flat-footed and doesn’t pick up on the route until it’s too late.

Here he is again on Cooper at the bottom of the screen. Cooper runs a slant from the perimeter. Butler is on his heels the entire time, gets his hips turned when Cooper takes a jab step outside his frame toward the sideline, and Cooper gains 15 yards on the play.

Defenders are at a significant disadvantage in today’s NFL, but if you’re reacting instead of anticipating on defense, there’s zero hope.

Some might want to use Malcolm Butler’s struggles as a way to prove that Bill Belichick was justified in benching him in the Super Bowl; that’s ridiculous.

But where Belichick was correct in his evaluation of Butler was deciding not to offer him a lucrative long-term contract.

The former Patriot is a good player at his best, but he’s not the number one corner that his contract would suggest.

The Titans continue to trust Butler to take receivers in man coverage without much help, and he’s been exposed as a result.

Against the Patriots this weekend, I expect head coach Mike Vrabel to protect Butler from embarrassment against his former team and roll a safety his direction more than Tennessee has during their first eight games.

However, if the Titans do put Butler on an island against the New England receivers, he’ll have to prove that he has cleaned up his technique or he’ll be picked on once again.