New England should be in the market for a big named wide receiver heading into the 2023 season. 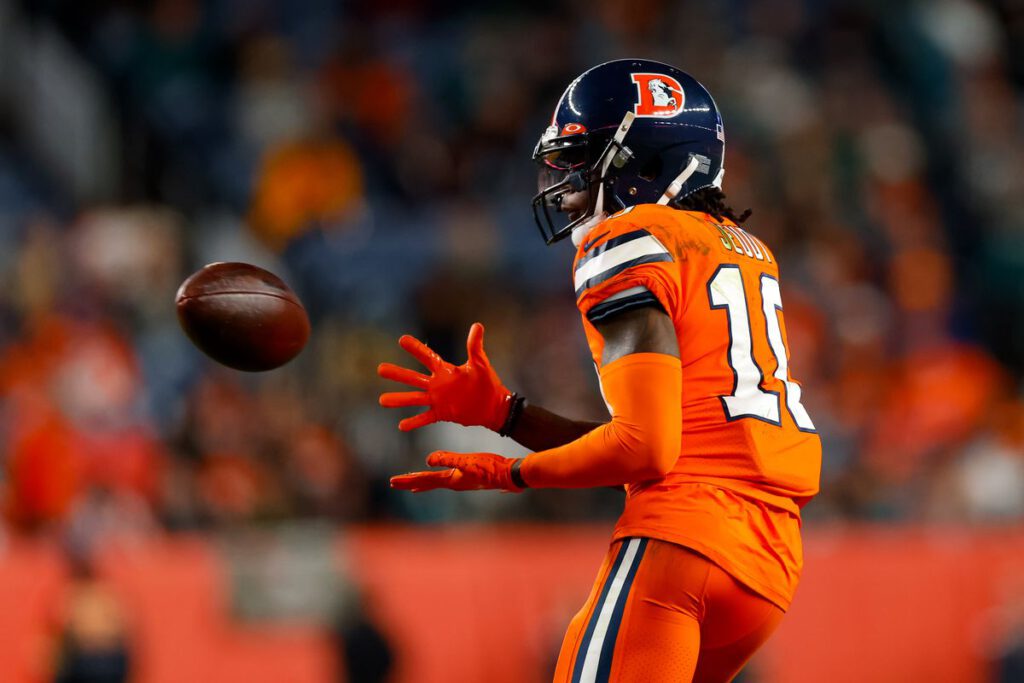 Now that the Patriots have hired Bill O’Brien, it’s time for them to move into the next task: acquiring a true number-one weapon for Mac Jones.

According to reports, New England is torn internally on the idea of bringing a bonafide wide receiver. However, with the addition of O’Brien as offensive coordinator, a move like this could now be on the horizon in order to take this offense to the next level.

There are plenty of high-quality wide receivers available heading into 2023 – either by trade or through free agency. Here are five to keep an eye on:

Getting this one out of the way first as he is at the top of everybody’s mind, but it sounds like the Patriots are in the mix to acquire DeAndre Hopkins from the Cardinals this offseason.

Arizona is reportedly looking to deal Hopkins and the remaining two years, $34.36 million left on his contract this offseason, and New England could be a fit. He and Bill Belichick have shown an outward mutual respect for each other over the years, and Hopkins’ no-trade clause means he has a say in his next destination.

He will be 31 years old in June, so age is certainly a factor here – but if Hopkins and Bill O can mend the broken fence between them, he would tremendously help Mac Jones heading into year three.

A first-round pick in 2020, Jerry Jeudy has slightly underperformed throughout his three seasons in Denver, but the potential is absolutely there.

Jeudy has yet to eclipse 1,000 yards in a season throughout his young career, and the Broncos could look to deal him as he heads into the fourth season of his rookie deal.

Though they never played together in Tuscaloosa, Jeudy and Mac Jones both played in the Alabama offense – and their new offensive coordinator called the system over the last two seasons. Putting these three together in Foxboro with their Crimson Tide familiarity could be lethal in the AFC East.

If you want a player you can get on a team-friendly deal, then Juju Smith-Schuster is the right one for you. Despite being prime for a long-term payday, Juju has taken one-year deals with $8 million and $10.75 million respectively over the last few seasons.

He’s just 26 years old and showed his worth in Kansas City this season.  Smith-Schuster caught 111 balls for 1,426 yards and 7 TDs during his career season in Pittsburgh in 2018. He likely wants to be close to that production again, and the Patriots would give him that opportunity.

Tee Higgins is the target that everybody should want here – but he’s going to come at a steep price. Higgins has gone for 1,091 and 1,029 yards over the past two seasons as the “#2” behind Jamarr Chase in the Bengals high powered offense – and is poised to be a number one somewhere in this league.

Higgins is headed into the fourth year of his rookie contract and doesn’t have a team option attached to his deal since he was a second-round pick. He could theoretically hold out for a contract extension this offseason, which plenty of over-performing players do, and Cincinnati could listen to trade offers. If this becomes the case, and New England can bring in the 24-year-old for the long term, then they should pounce on it.

DJ Chark signed a one-year, $10 million deal with the Lions last offseason after being one of the top pass catchers on the market coming out of Jacksonville.

Chark has dealt with injuries throughout his career, but was a 1,000-yard receiver during his one healthy season in 2019. “De facto GM” Belichick is always looking for a deal, and the 26-year-old out of LSU could be just that heading into 2023.