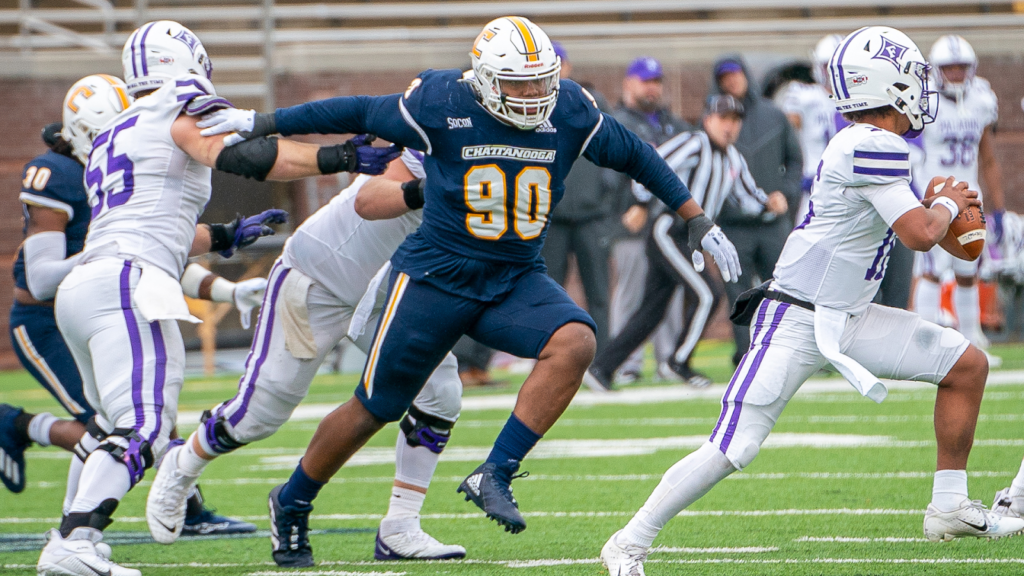 After a disappointing 2022 campaign, the Patriots are right back at it for the off-season as they’ll be coaching out at the 2023 East-West Shrine Bowl coming up on February 2nd in Las Vegas.

The Shrine Bowl announced the Patriots “West” roster on Thursday and Friday.

Now that they’ll have a full week with the “West” roster – here’s a look at five guys from the defense to keep an eye on as potential future Patriots:

One of the Patriots biggest needs this offseason is at boundary cornerback. They struggled there this season, and Jonathan Jones may be on his way in free agency. Someone to look for at the Shrine Bowl is Indiana’s Jaylin Williams. Here’s a breakdown of him against Ohio State this season:

The #Patriots will be working with CB Jaylin Williams from Indiana at the @ShrineBowl in February.

They need a boundary corner to shape up the roster, and Williams’ instincts may be hard to pass up.

Williams is listed at 6-foot-0, but may measure in shorter than that at the NFL Combine, which could deter him from the Patriots radar. What will matter most is seeing him in person – which is a huge benefit of coaching these games.

If you’re looking for size on the outside, then you’ve come to the right place with Myles Brooks.

The junior out of Lousiana Tech measures in at 6-foot-2, 198 pounds and is an excellent defender in coverage. Brooks played at Stephen F. Austin for three seasons before transferring to play for the Bulldogs, and allowed just a 37.5% completion percentage on his targets in 2022 (h/t @RealAlexBarth). He’s also a playmaker with two pick-sixes in his collegiate career.

New England’s front is one of their many strengths on defense with Christian Baremore and Deatrich Wise Jr., but they’ll likely look to add even more to it during this year’s NFL Draft.

UT-Chattanooga’s Devonnsha Maxwell notched 7.5 sacks and 2 forced fumbles during his senior season with the Mocs, and his skills as a pass rusher could add to what Judon and Uche already bring to the Patriots front seven. Maxwell is both UTC’s and the SoCon’s record holder in career sacks with 37.5, and was as First-Team All-American and the SoCon Defensive Player of the Year is 2022.

If the Patriots can’t get Zay Flowers from Boston College, then maybe they’ll settle for Jaiden Woodbey.

Woodbey played safety for the Eagles but is listed as a linebacker for the Shrine Bowl, speaking to his versatility as a player – something New England will love to test out in Vegas. The defender notched 79 tackles during his fifth year in Chestnut Hill and his 6’2″ 222 pound frame should translate well to the tackle box.

With Devin McCourty’s future in football in doubt, there’s going to be a need at safety on this team.

Florida’s Trey Dean III is a raw talent, but his athleticism jumps off the screen. He’s is a monster of an athlete at 6-foot-3 207 pounds and his five full years of experience in Gainesville should help him translate to the NFL. I’d expect to Bill and Brian Belichick to be all over Dean’s potential.