New England falls to 1-2, but may have lost more than just a game on Sunday. 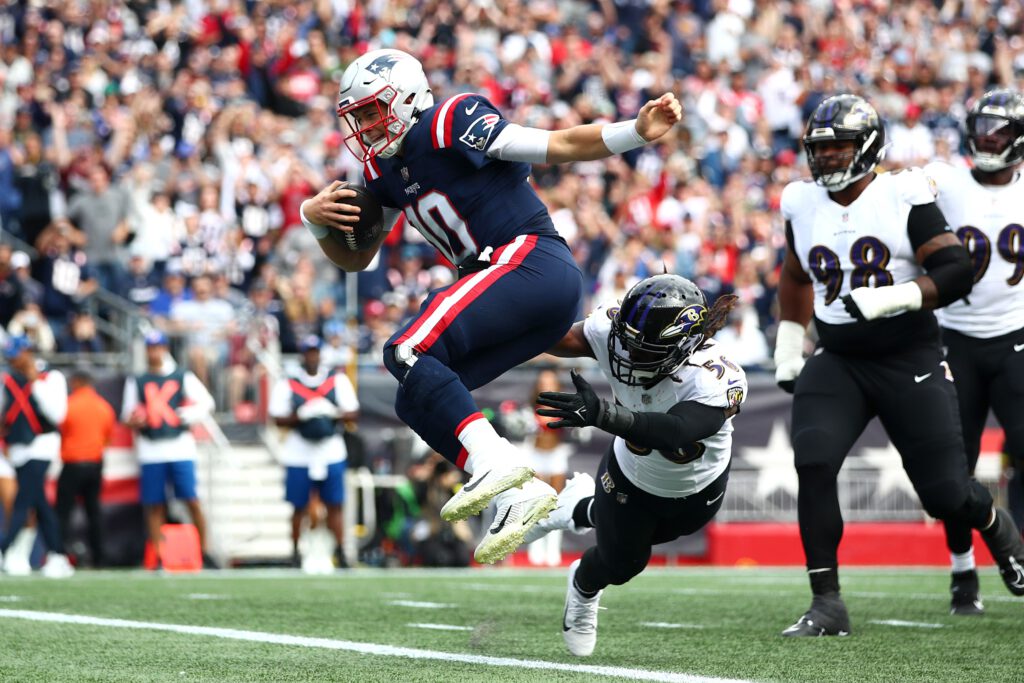 FOXBORO, Mass. – Well, that’s one way to come back down to earth.

The Patriots lost to the Ravens 37-26 on Sunday and fell to 1-2 on the season. Injuries, mistakes, and some interesting luck were the stories of the game. Here’s an outline of the scoring drives from the afternoon:

A tough one all around, and a game that New England could certainly have one. Here are my five takeaways from the loss:

New England’s offense actually looked decently put together today, which is something I honestly did not think I would say in 2022.

The offseason addition of WR DeVante Parker finally paid off, as he made his presence felt in a Patriots uniform for the first time this season. Parker hauled in 5 catches for 156 yards on Sunday, and the rapport that he built with Mac Jones this offseason clearly showed out. The duo will hope to build off this

4. Unfortunately, we can’t say the same for Kyle Dugger.

Though the Patriots kept the Ravens wide receivers relatively in-check on Sunday, the tight ends (specifically Mark Andrews) went off.

The All Pro feasted on the Pats depleted secondary to the tune of 8 catches for 89 yards and two touchdowns. Isaiah Likely and Josh Oliver also got themselves into the mix grabbing a combined 3 catches and a TD.

3. The Patriots defense should be respected, but they need to tighten up.

There were times where the New England defense looked sensational today, and there were others where they looked like a mess.

Despite ultimately letting up 37 points, I though they did enough to allow Mac Jones and the offense to stay in it. Jonathan Jones made several eye catching plays and they forced the Ravens into some costly turnovers, but at the end of the day it wasn’t enough. Long runs by Justice Hill and Lamar Jackson allowed the Ravens to score on some key drives and get them the win.

2. Patriots continue to shoot themselves in the foot.

The Pats weren’t bad as a whole today, they simply just made too many mistakes to not get it done. A few:

Like last week, if a few plays went the other way today, this game could have ended to much differently.

1. Mac Jones injury could be the beginning of the end for the Pats in ’22.

Patriots quarterback Mac Jones got himself a rushing touchdown for the first time in his career, taking it 3 yards for the score in the first quarter. He then pulled out his famous griddy dance that he debuted in the 2021 Pro Bowl:

Unfortunately , Jones’ dance moves aren’t the story today. The second year QB endured what reports are to be a serious lower leg injury on the teams last offensive play of the game.

There’s no sugar coating it. This would be a brutal  blow for the young stud and this Patriots team as a whole. 14-year vet Brian Hoyer would be the next man up in this situation.

The game will kickoff at 4:25pm on CBS. We’ll have you covered here all week here on CLNSMedia.com leading up to it.