Five Takeaways from the Patriots Miraculous Week 11 Win vs. Jets

Breaking down New England's 10-3 win over the Jets on Sunday. 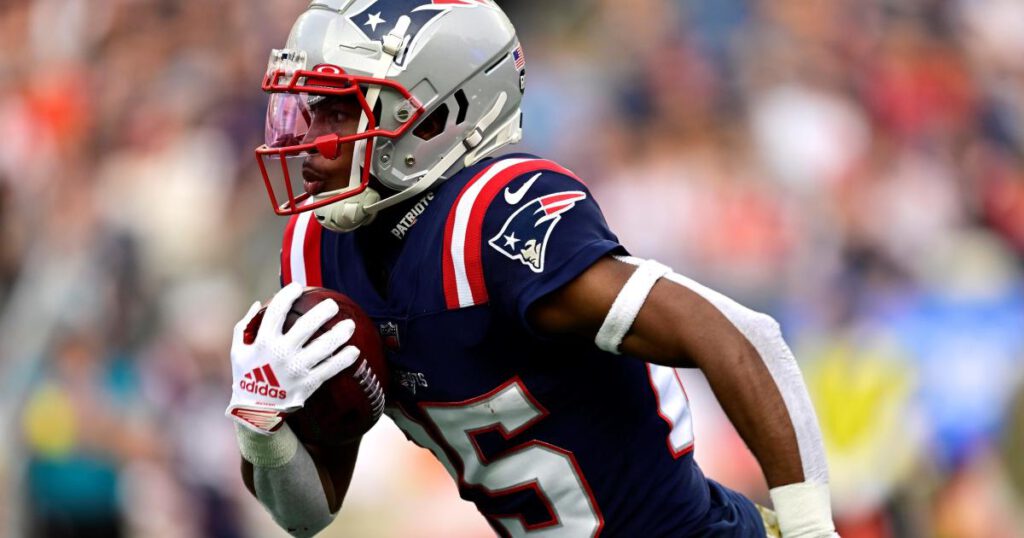 FOXBORO, Mass. – That ending was something else… and I cannot believe both of these teams held playoff spots prior to today’s game.

The Patriots beat the Jets 10-3 on Sunday thanks to a walk off punt return by rookie cornerback Marcus Jones – and are somehow 6-4 on the 2022 NFL season.

“A win’s a win” was taken to a whole new level in Foxboro today. Here’s a look at the scoring drives from Sunday afternoon:

Yup… that’s it. Just three scoring drives in today’s game. Here are my five takeaways from New England’s week 10 “win” over the Jets:

5. The 2021 quarterback class is in a downward spiral.

Both the Jets and the Patriots drafted quarterbacks with their first-round pick in 2021 and the start to both of their careers have been pedestrian at best.

Zach Wilson went 6 of 16 passing for 72 yards today and, despite not turning the ball over, seems to be the main culprit in the Jets’ lack of offensive production. He’s either making boneheaded mistakes or is way too conservative with the ball, and his lack of confidence will never allow New York to consistently score points.

As for Mac Jones, I can’t say it’s entirely his fault.

The reason I can’t say it’s entirely Jones’ fault on offense is that the entire operation has been a complete disaster throughout his second season under center.

The play calling from Matt Patricia and co. has been horrific – and they didn’t seem to make any game-changing adjustments over the bye week despite talks that they would be

On top of this, the offensive line can’t stay healthy – and they aren’t even that good when they are.  David Andrews and Isaiah Wynn both left Sunday’s game due to injury, Trent Brown and Cole Strange are either All-Pro’s of All-Poops, and with a complete lack of consistency up front – it’s going to be impossible to judge what this offense is supposed to look like.

The age-old saying is “you don’t lose your job to injury.”

We know all too well around the New England area that this is not true (see: Drew Bledsoe/Tom Brady), and the same may go for Patriots punter Jake Bailey after today.

With Bailey on IR with a back injury, Michael Palardy took over punting duties today and was far better than Bailey has been this season. He punted the ball 7 (!!) times, averaged 45.3 yards per punt, and put two inside the 20-yard line. Most importantly, he allowed New England to flip the field consistently… something Jake Bailey hasn’t been able to do in 2022.

2. Matthew Judon is the NFL’s Defensive Player of the Year through 11 weeks.

Matthew Judon is having another sensational season in New England.

The Patriots linebacker leads the NFL with 13.5 sacks through 11 games and is constantly in the backfield causing havoc for opposing offenses.

He was off to a similar start last year and then fell off after New England’s bye. He’s clearly in far better shape this year and looks primed to have an effective second half of the season.

1. Despite this, a great defense means nothing if the offense can’t get it together.

Don’t get me wrong, what the Patriots have shown on defense through their first 10 games of 2022 is nothing to shake off. Matthew Judon is a monster (see above), Kyle Dugger is an elite NFL safety, and they’re allowing just 16.9 points per game.

However, big picture, football is a team game – and if the Patriots can’t complement these outstanding defensive performances with, at a bare minimum, a competent offense moving forward, then they’re going to struggle down the stretch and will likely miss the playoffs.

Despite an incompetent offense, New England made it happen on Sunday thanks to a miraculous special teams play at the end.

They need to get back in the lab quickly and fix that offense though, as they’ll take on the Vikings in Minnesota just five days from now on Thanksgiving night. We’ll have you covered here on CLNSMedia.com for all of it.