For Brad Stevens and Celtics, now is the time to take a ‘deep dive’ to find answers, not excuses 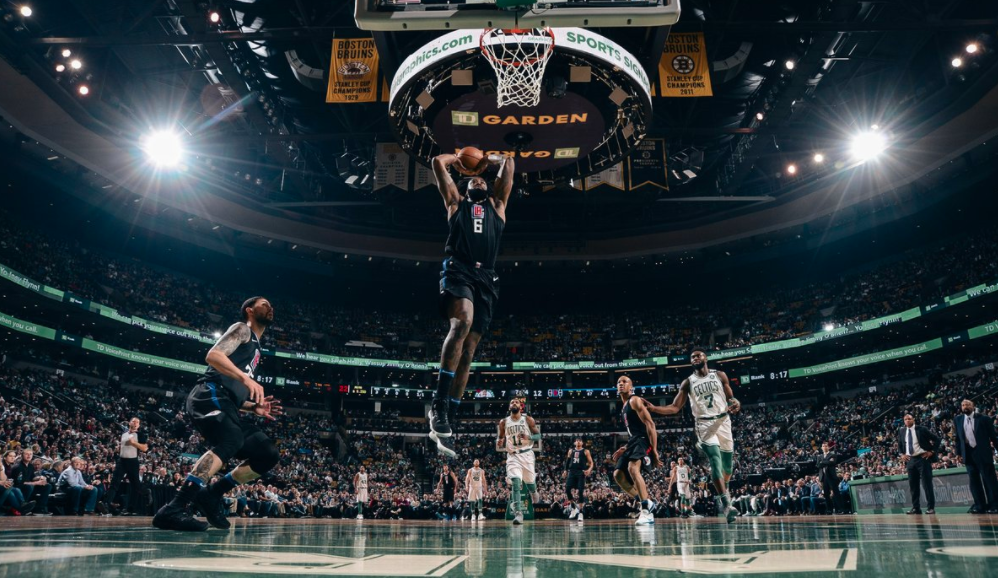 BOSTON — In the next week, while the NBA is celebrating its stars, Celtics head coach Brad Stevens will be searching for ways to make better use of his.

While the Celtics have certainly looked like a tired team, giving up their highest point totals on defense in the last two games heading into the break (121 vs. Cleveland, 129 vs. Clippers), the Celtics coach insists it’s really not fatigue that’s weighing his team down.

So what is it exactly?

Well, it’s up to Stevens to go back to the drawing board in the next week with his staff and find the answer to that question. The Celtics have lost three straight, four of five and have fallen three games back in the loss column to first-place Toronto in the East.

“We’ll look at everything,” Stevens said. “Obviously, you’re always looking for small tweaks defensively and offensively, but we haven’t gotten enough out of our rotations and subs and all those things. We’ll take a deeper dive into that into the next week.”

And the revamped Cavs have won four straight heading into the break and stand just four back of Boston in the loss column.

“I think teams have outplayed us,” Stevens said following Wednesday’s 129-119 loss that dropped Boston to 40-19. “I’ve said all along I don’t think we’re all that we were cracked up to be during our 16-game winning streak and its probably hit us more in the last month than it hit us before. Teams have outplayed us; good teams have out played us and that was the case again tonight. Couldn’t get a stop at any point in time during the game and we are generating good looks the whole game even when we weren’t scoring in the first quarter. Just been outplayed.”

“You can put any reason on it,” added Kyrie Irving. “At this point, going into the All-Star break, I’m thinking about what’s happening after, how we respond, what we’re doing after, how are focus is, where we are mentally. That’ll really be the difference. The physical tools, that can take care of itself with experience. You gotta want it. I know I want that (expletive).

The Celtics were running away with the Eastern Conference at one point. They were 34-10 after coming from behind to beat Philadelphia in London on Jan. 11. Since then, they are 6-9 and have not only lost the No. 1 spot in the conference, they’ve lost their swagger.

“We’ve definitely lost the momentum we had,” added Al Horford. “Toronto is playing much better. Cleveland is starting to play better. It’s one of those things that we can’t look at those teams. That’s what I always say, it doesn’t matter what our record is. I just want our team to go into the playoffs playing well, playing well as a group. And right now, we’re not where we need to be as a group.”

When they were running away with the East, they were easily the best defensive team in the league by advanced metrics. They were also one of the best rebounding teams. Both have failed them in the last month.

A big part of Boston’s in ability to get stops is clearly and directly related to the absence of Marcus Smart. He directs much of the defensive energy and assignments when he’s on the court. He is expected to return Wednesday and be ready to go for the road games against the Pistons and Knicks and Stevens will have a valuable defensive floor general back. Since missing that jumper at the end of the game in LA, Boston is 6-5 and have lost a pair of games by at least 20 points.

“I think the theme here is our defense needs to be better. We’ve built what we have so far on defense and we’ve taken a big step back on that, it’s obvious, in the past few games. I think the break came at just the right time for our group. We need to really get healthy, get re-focused and get ready to have a great second half of the year.”

Even when things looked good on the scoreboard, it was – as the other coach Wednesday likes to say – fool’s gold. The Celtics went up 99-95 in the fourth and there was a sense that maybe the Celtics were about to pull away on the Rozier three. Not Stevens.

“We made too many errors in that run on offense and defense,” Stevens said. “That hurt. They come right out of the time out and cut it to one like in eight seconds, but we guarded like that all night.”

Early on, the Celtics fell behind by 14 but Stevens did not sense fatigue or a lack of energy.

“I thought we were getting really good looks. We didn’t get a lot of stops obviously early, but we were really struggling to score. I didn’t think it was an intensity issue early, I thought they were playing well, but I thought that we were just really struggling to score. We couldn’t guard them all night so that had nothing to do with start, middle or finish. Then we dug ourselves a hole because of that. They were scoring at the same rate they scored the rest of the night and we were scoring at a lesser rate.”

What does Stevens want his players to do in the break for a reset?

“I think go and do whatever you’re going to do, but treat yourselves well, treat your body well and then come back ready to compete at a level better than we did,” Stevens advised. “It’s going to be a tough ending if we don’t change a little bit and I’ll look at what I can change as well. I think we’re probably due for some of that.