Four things we’ve learned about the Celtics heading into 2018 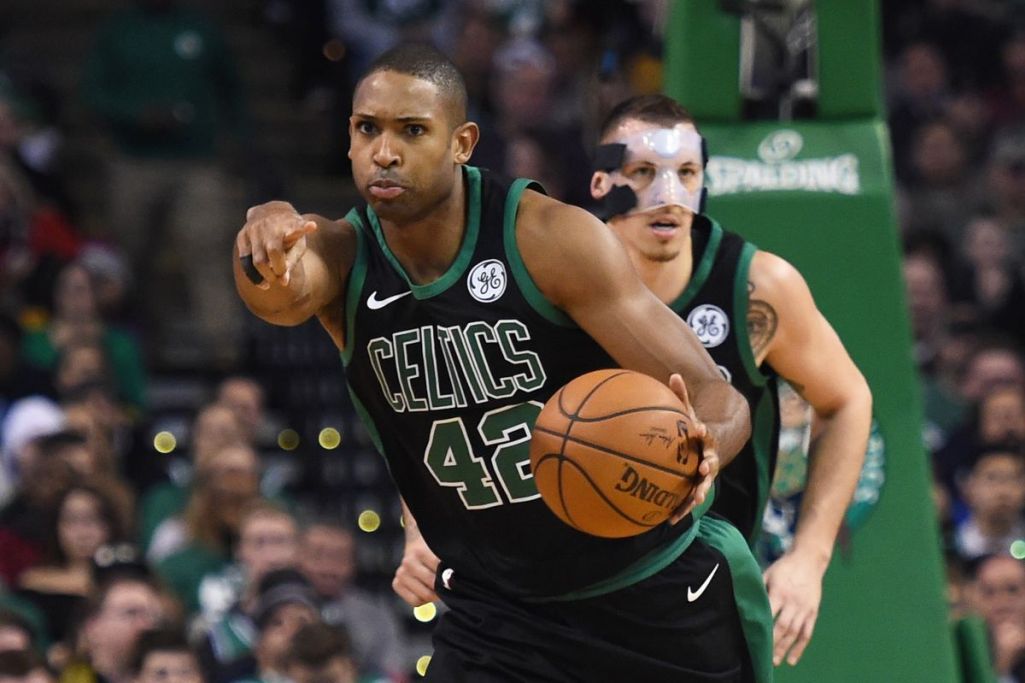 At 27-9, the Celtics head into Christmas Day with the best record in the Eastern Conference.

After a brief two-game skid, the Celtics bounced back against the Bulls with a 117-92 win at TD Garden Saturday, restoring faith in somewhat skeptical fans that thought the near-future was going to be darker than most expected after such an impressive start to the season. Highlighted by a 16-game winning streak, the Celtics are one of the best teams in the NBA but before Boston face the Wizards on Monday, here are four things Celtics fans have learned about the 2017-18 Celtics team.

Two weeks into the regular season, all Celtics fans talked about were two things: the devastating loss of Gordon Hayward and how impressive Jaylen Brown and Jayson Tatum were. While most critics wrote Boston off as a team that would come nowhere close to winning 50 games due to the loss of Hayward, the franchise’s top prospects saw an opportunity to expedite their progression and wasted no time in becoming two of the team’s biggest offensive contributors.

With seven games under his belt as All-Star point Kyrie Irving’s new backcourt mate, Brown averaged 15.4 points while stepping into the newfound role as the team’s newest lock down perimeter defender. Although the defensive side of Brown’s start to the season wasn’t a revelation — it was a role that was left vacant after the Celtics traded Avery Bradley and Jae Crowder during the off-season and one that was carved out by Brad Stevens at the start of the season — his offense, however, was a pleasant surprise.

Meanwhile, the 19-year-old phenom who the Celtics sacrificed their coveted No. 1 overall pick for, was making headway in his own right. Tatum supplied 14 points a night throughout the month of October by creating his own shots, whether it meant heading to the rim or draining attempts from behind the arc. His accuracy led to him having the best 3-point shooting percentage in the league at one point and he’s also a big reason, along with Brown, why the Celtics are a much better rebounding team than they were one season ago.

How far the Celtics go this year will come down to how much better these two get come next May.

2. Celtics rely way too much on Kyrie Irving

Having your point guard save the day in the fourth quarter isn’t something new for Celtics fans. It’s what they saw one season ago in Isaiah Thomas and they’re seeing it again in Kyrie Irving. But there’s something different about the way Irving goes about it; he’s slightly more devastating for opponents. When he scored six points in 30 seconds against the Pacers, it affected Indiana on the offensive end and it lifted his teammates to step up in crucial situations.

However, counting on Irving for these heroics every night is a daunting task. And although it’s been very successful this year, it’s not always going to fly in the post season when teams face each other throughout the duration of a seven-game series and have two weeks to study the Celtics game after game.

But it’s Christmas, there’s still plenty of basketball scheming left for Stevens to map out a plan after turning to nearly ever member of his team for contributions, and in most games that’s how it transformed most ‘Ws’ in the win column.

3. The depth is real

The biggest takeaway from the Celtics’ most recent 117-92 win over the Bulls was seven Celtics scored in double figures. When the bench is on, the Celtics are nearly impossible to beat.

Daniel Theis is capable of putting together a double-double nearly every night, Marcus Smart is always going to give you gritty defense and heads up plays and Terry Rozier’s offense can keep things afloat while the starters rest. Finding consistency is the only flaw.

When the aforementioned primary second-unit guys aren’t doing what they do best, that’s when Stevens is forced to dig deeper and turn to the 3-and-D reserve in Semi Ojeleye and third-string facilitator in Shane Larkin. And both guys have put together some special performances throughout the season thus far, the bench just hasn’t looked the same since losing Marcus Morris.

Morris, who will make his return on a minutes restriction Christmas Day, is a vital piece to the 2017-18 Celtics. It’s tough to pinpoint how consistent the bench can be when Morris isn’t available but now that he’s back (and hopefully won’t be out for a significant amount of games), gauging the consistency out of the second unit will be interesting from this point on.

4. Team rebounding has been a pleasant surprise

The Celtics are currently tenth in rebounding. Sure, they’re not one of the best rebounding teams in the league, but top-10 is pretty damn good, the fact that they’re in the top half of the NBA should come as a surprise if you’re a Celtics fan.

Not even the Celtics team that was starting Kevin Garnett and Kendrick Perkins in their front court put together the kind of rebounding numbers we’re seeing out of the current Celtics. Boston is averaging 52 boards a night, led by Al Horford (7.8), Jaylen Brown (5.7), Jayson Tatum (5.7) and Aron Baynes (5.1).

Then there’s guys like Daniel Theis, who grabbed 15 rebounds against the Bulls on Saturday, that provided the spark off the bench by cleaning up the glass and defending the perimeter. The rebounding and interior defense go hand in hand when it comes to this Celtics team and the bread and butter of Stevens’ most successful start of his NBA coaching career is defense, just like it’s always been.

Celtics fans can head into the Christmas Day showdown feeling pretty good about their team as they embark on a stretch of games where they will certainly be challenged against top-tier talent like the Rockets, Cavaliers and first up — the Wizards.