Go Ahead, Doubt The Patriots In Kansas City, Tom Brady Will Thank You Later 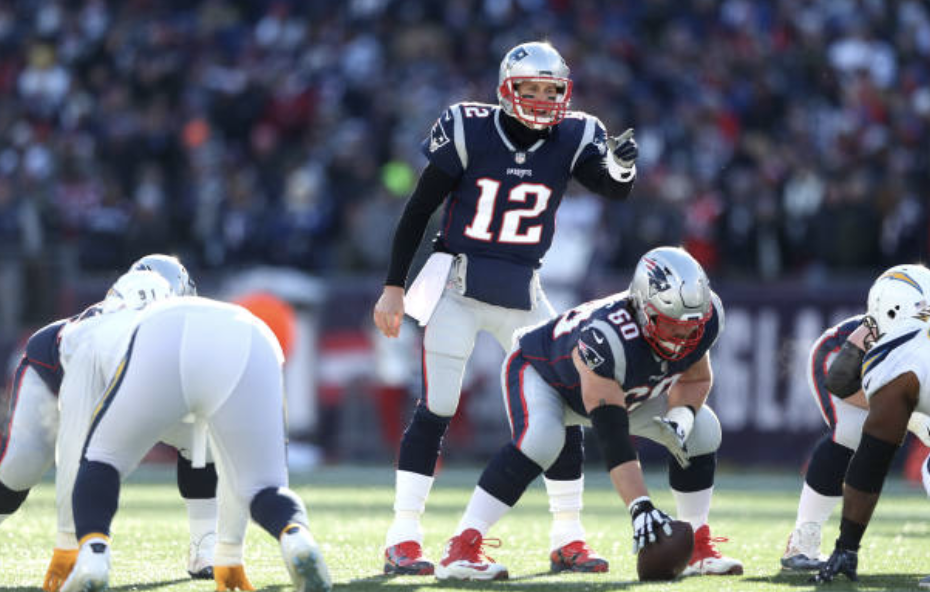 FOXBORO — If you were wondering if the Patriots still play the underdog role to their advantage, wonder no more.

Tom Brady and the Patriots silenced the haters for one week with a 41-28 pummeling of the Los Angeles Chargers at Gillette Stadium. Brady was 34-of-44 for 343 yards, a touchdown and dissection of the vaunted Chargers defense not seen all season.

But they heard them. Yeah, they heard them loud and clear. And he knows those critics will only grow louder this week as they head to site of one of Brady’s low points.

“It’ll be a good game,” Brady told CBS’ Tracy Wolfson after beating the Chargers to set up next Sunday’s showdown in Kansas City for the AFC Championship. “They’re a good team. We played them earlier this year. I know everyone thinks we suck and, you know, can’t win any games. So, we’ll see. It’ll be fun.”

This is a throwback to the early days of the Belichick-Brady dynasty, when none of the “experts” thought the Patriots had a prayer in Pittsburgh. Remember those days?

In Jan. 2002, the Steelers had their bags packed and ready to go to New Orleans because there wasn’t a bye before Super Bowl XXXVI. The Patriots went into Heinz Field and shocked the world, 24-17, on their way to a bigger shocker the next week over the Rams.

Three years later, same field, same result. The Patriots were good but the 16-1 Steelers were the solid favorites to find redemption. Tom Brady was even better, throttling the Steelers 41-27 and punching their ticket for Super Bowl XXXVIII in Houston.

Many of the same experts – maybe praying for a close game – who argued the Chargers had too much defense for the Patriots offense will say some of the same things about the Patriots defense “not traveling” well on the road to Kansas City. They might be right, but if there’s one quarterback, one coach and one team history has shown to never shortchange in such a hostile environment, it’s the Patriots.

This isn’t a homer sentiment. It’s simple fact. The Patriots are better prepared for big postseason games than any team in the NFL. Yep, the Patriots have lost their last two big postseason road tests, both in the AFC Championship and both in Denver. This could arguably be even more difficult in terms of crowd noise.

You’re also going to hear a lot this week about that late September night in 2014 when the Patriots and Brady had their doors blown off, 41-14, in the stadium they’ll be entering Sunday for a trip to a third straight Super Bowl.

“That was a pretty crappy loss that night,” Brady recalled after Sunday’s win. “We’ve had some other ones. I think we showed a lot of perseverance, a lot of toughness. This team is showing it. We’ve had some tough losses this year too but you just keep fighting. That’s what football is all about. It’s a season. It’s not one game or four games or eight games.

“It’s 16 games and you get a chance to be in this position. We played good today. That’s why we won and Kansas City’s had a hell of a year. They gave us everything we could handle in – what was that? October or November? – I don’t remember but I’m sure it’ll be the same. It’ll be a tough game. They’re well-coached. They’ve got a good offense. They played well defensively against the Colts. It’s going to be a lot of fun to go back there and play in a championship game and try to advance.”

So Kansas City will be the betting favorite early this week thanks primarily to its home field and otherworldly quarterback Patrick Mahomes.

“I think for us, we were going to prepare and be ready to go, whether you pick us or you don’t pick us,” Devin McCourty said. “But, we see it. We see our quarterback’s too old, we’re not good enough on defense, the skill players aren’t good. We see it, but it doesn’t affect how we prepare.

“We love practicing and we love playing with each other, preparing. We’re going to take advantage of that and come out ready to go no matter what. So, like I said earlier, we have a team of great character, a lot of guys in there with really good character that are going to keep fighting and have already been counted out multiple times, so that never affects us.”

Leave it to Gronk to provide the right perspective with a smile and a laugh when asked about the team being calculated in how it “ignores the noise” of so-called experts.

“But other than that, you can’t let it get you down. You’ve just got to keep on preparing how you’ve prepared every week. But, we’ve been hearing things like that forever now for a few years. So, we just laugh at it, whatever they say, and we just keep moving forward.”