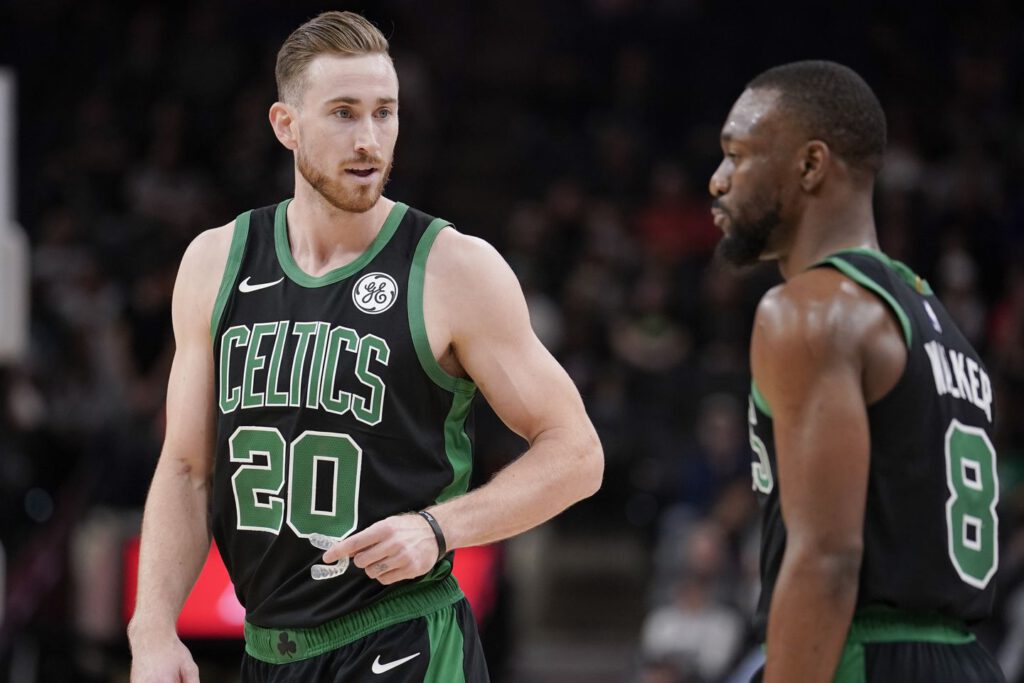 After missing the last 13 games with a broken left hand, Gordon Hayward is eyeing an early return.

He told reporters Sunday that he isn’t ruling out a comeback for the Celtics’ matchup against the Cavaliers Monday night at TD Garden.

“Tomorrow’s a possibility,” Hayward said. “(I’ll) see how I feel when I wake up, go through shootaround, see how it goes.”

Hayward, who suffered the injury on November 9 in San Antonio, was expected to make an earlier return than his original timetable that suggested Christmas Day as a strong possibility, according to head coach Brad Stevens, who gave reporters an update before tip-off against the Nuggets Friday evening. After going through a minor procedure, Hayward says the bone is fully healed and says it’s how his body responds to the plate in his hand that will ultimately pinpoint his exact return date — which could be as early as Monday.

“I’m still guarding and it’s going to be like that for a little while, part of that is getting out there and playing, and getting over it mentally,” Hayward explained. “It’s almost like playing through the pain, the tissues that I have in my hand — those are a lot slower to recover. So those are going to be sore, a little bit. Motion and strength is going to take a while to get back.”

This year’s injury, of course, is nothing compared to what Hayward endured in 2017. He reminded the media of that Sunday, while also adding that it’s been frustrating to be forced to sit and not play alongside his teammates.

The Celtics are 4-4 in Hayward’s absence, they were on their way to winning their seventh straight  when they topped the Spurs the night of Hayward’s injury and eventually rattled off a 10-game winning streak. Boston is hoping Hayward can help them stretch its current streak to four Monday night.