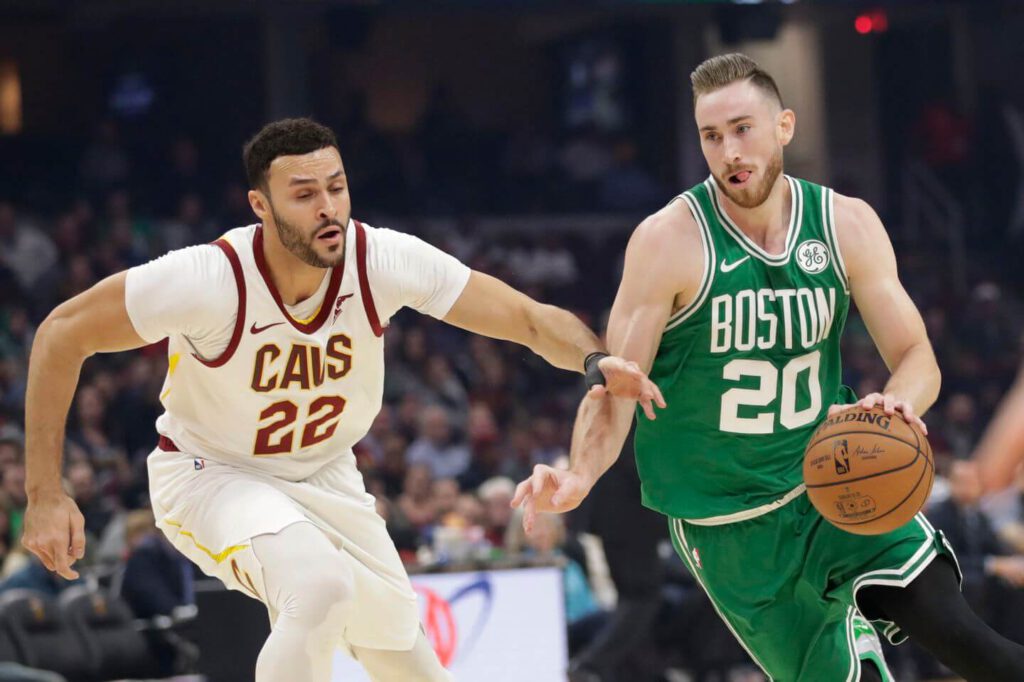 Whenever Gordon Hayward has an extraordinary scoring performance it’s always relevant for the Celtics and their fans but Tuesday night was historic.

Two years removed from the horrific injury that kept him sidelined throughout his entire first year in Boston, Hayward entered this season determined to find his old self. Following a second-round playoff exit against the Bucks, it didn’t take long for Hayward to resume his workouts at the Auerbach Center on his own time before he was joined by members of the Celtics coaching staff, then came his teammates later in the summer.

Considering the severity of 2017’s ankle fracture — an injury that required him to take a season off, two surgeries and other minor setbacks — last season was understandably Hayward’s bridge year. Statistically, it was one of his worst seasons since his rookie season, where he averaged only 11.5 points. Therefore, he wasn’t taking any chances this time around and so far it looks like that hard work has paid off.

Fast forward to Tuesday night, Hayward was back in the same building where he suffered the worst injury of his life and he was putting on a show. Through two quarters, he was a perfect 9-for-9 from the floor, poured in 22 points while creating for his teammates and was easily the most effective Celtics player on the floor.

Hayward tied his career-high of 39 points, including a clutch put-back that helped seal a 119-113 win against the Cavaliers. He finished 17-of-20 from the floor, including a perfect 16-of-16 from inside the arc.

He is the first NBA player to reach such a feat since the league first implemented the 3-point arc.

“Sounds like a pointless stat to me,” Hayward joked with reporters after learning about his historic shooting performance from inside the three. “It was a good night. Maybe I shouldn’t have shot those threes then and kept shooting the twos.”

Did it feel special to do this here in Cleveland?

“No,” Hayward said. “Just felt sweet that we got the win. It would have been a tough one to lose, leading the whole game just to give it up at the end. So proud that we found a way to win again, wish we would have closed it out better. I think there’s lots of things we can improve on, no doubt.”

The Cavaliers certainly made things interesting in the fourth quarter, where they manage to trim their 13-point deficit down to three with under two minutes left to play. Hayward’s put-back layup made it a two-possession game with only 22.8 seconds left before Kemba Walker stole the ball off Cleveland’s inbound pass to put the finishing touches on the Celtics’ fifth consecutive victory.

Hayward, who was also asked if he still thinks about his gruesome injury, says he’s looking forward to moving on from the past and is hoping everyone else will too.

“No, I don’t think about it,” Hayward replied with a half smile across his face. “Haven’t thought about it for a while. I’d love if you guys can stop asking me questions about that. This was a good game but we can’t be satisfied, got another tough one coming up in Charlotte.”

Hayward is the first Celtics player to score over 34 points, shoot 80 percent from floor and finish with at least 8 assists and 7 rebounds since Larry Bird did it in 1984.