Greg Bedard: Jimmy Garoppolo is Plan A for Patriots 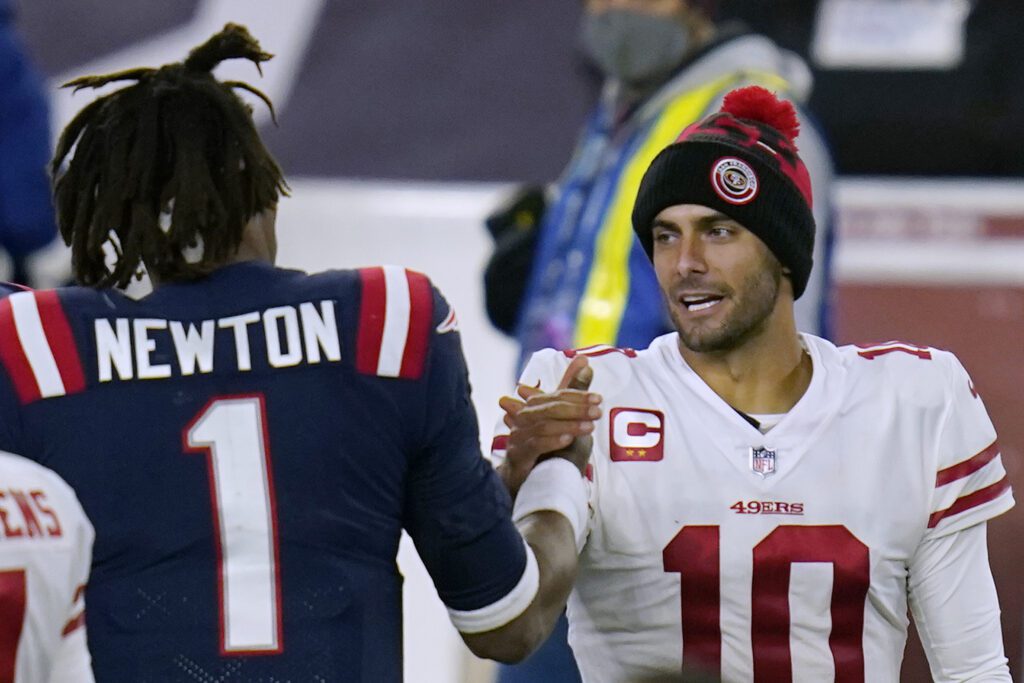 Who will be the starting quarterback for the Patriots next season? The million dollar question with countless different answers depending who you ask.

The Boston Sports Journal’s Greg Bedard believes – based on the chatter he’s hearing coming out of Gillette Stadium – that Jimmy Garoppolo remains the Patriots top target at quarterback.

“Make no doubt, Garoppolo is Plan A for the Patriots,” Bedard told Nick Cattles on the Greg Bedard Patriots Podcast. “Patriots fans should be rooting for the 49ers to do something at quarterback,” Bedard said.

That something could involve Carolina quarterback Teddy Bridgewater, whom the Niners reportedly inquired about earlier this week.

“Shanahan is the type of guy who thinks that his offensive scheme can win with just about any type of quarterback, that’s what he believes,” Bedard said. “I bet you Shanahan looks at [Bridgewater] and says you know that’s a guy that I can win with. Maybe he throws a little bit better of a deep ball than Garoppolo for my scheme, maybe he makes better decisions.”

The 49ers have also been rumored to be interested in moving up the draft board to draft one of the top 4 quarterbacks available. Trading Garoppolo could give them more assets to try and make that move.

“Maybe they’re looking to get more ammunition they decide you know what, let’s deal off Jimmy Garoppolo to the Patriots say for a 2nd round pick and all of a sudden we have more ammunition to do something say we want to move up in the draft,” Bedard said. “Don’t discount just making moves to get more draft ammunition to possibly get a quarterback say a Trey Lance or Mac Jones or whoever in this draft … and maybe thats why you have Teddy here maybe he’s a gap guy, the Alex Smith role to Patrick Mahomes to whatever the Niners do.