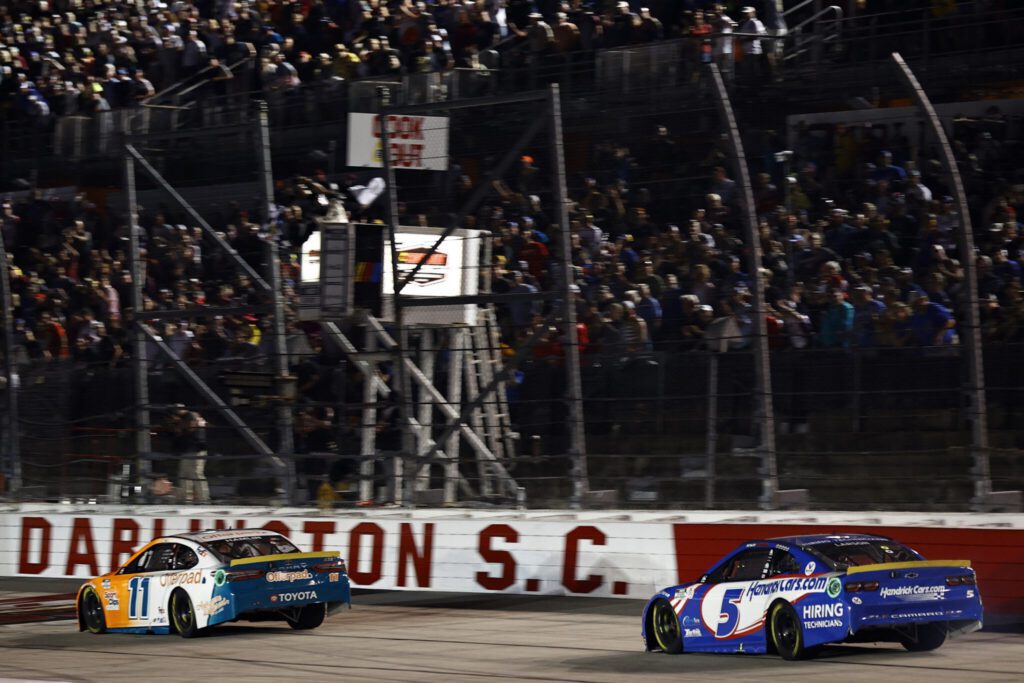 Denny Hamlin won the Cook Out Southern 500 from Darlington Raceway on Sunday night to pick up his first victory of the season.

Hamlin came into the opening race of NASCAR’s Playoffs without a win on the season, but finished second in the regular season standings.  Hamlin ran up front for most of the evening, but he was challenged by Kyle Larson throughout the second and third stages.

Hamlin was able to use pit strategy and a well-timed caution flag to take the lead in the third stage and regain control of the race.  Over the final run, Hamlin had to hold off challenges from Larson and Ross Chastain.

Hamlin said he was glad to return to victory lane at his favorite racetrack.

“I love this racetrack,” Hamlin said.  “Luckily the caution came when it did and the strategy worked out great with the team.”

Hamlin said the finish between he and Larson summed up their regular-season battle for the regular season points lead.

“It’s been kind of back-and-forth [with] me and him most of the year, he’s just been a little bit faster on these types of racetracks,” Hamlin said.  “It was a matter of time; we can’t just keep leading inside 10 laps to go every week and not get a win.”

Larson tried his best to get by Hamlin on the final lap and drove his car deep into the corner.  He was able to get to Hamlin’s bumper, but slammed the wall and couldn’t complete the pass coming out of Turn 4.

Larson said his best chance was a “video game” move coming to the checkered flag.

“We got to the white flag and I kind of thought that I hadn’t been able to gain on him, might as well try something,” Larson said.  “Honestly got to his bumper too quick.  I was hoping he would run that diamond to try and be safe and I could squirt to his outside.”