Have We Seen the Last of Kendrick Bourne With the Patriots? 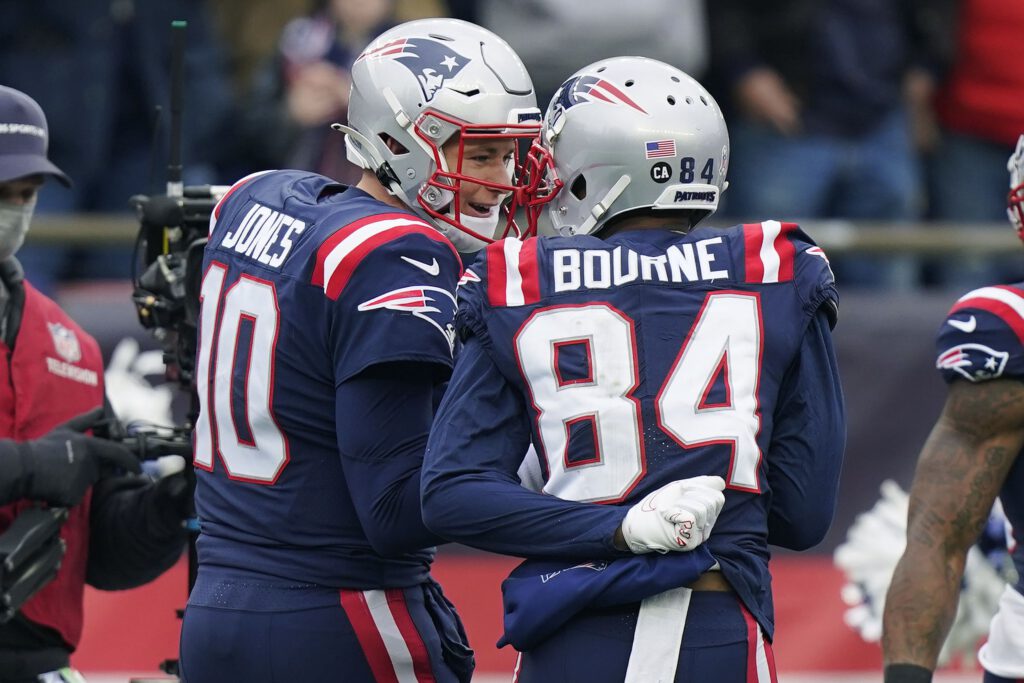 FOXBORO, Mass. – Before Friday night’s game even started, something seemed off about the Patriots.

As we dug a little bit deeper, we realized that Kendrick Bourne wasn’t out there with the rest of the New England receivers.

Here’s what Bill Belichick had to say on Bourne’s absence following tonight’s game:

Q: On Kendrick Bourne, why didn’t he suit up tonight?

Q: With Kendrick Bourne, do you anticipate him being available in Vegas this week?

BB: I expect probably all of our players to be available this week with maybe the exception of Wilkerson. We’ll see what happens, unless somebody walks in here with something today, but I think we should be pretty close with everybody. Hopefully. We’ll see how it goes.

According to NFL Network’s Mike Giardi, Bourne is “not injured” despite not dressing on Friday.

So what’s the deal? Was he being disciplined for his involvement in Tuesday’s fight? Is he on the trade block? Is he just not good enough?

Well – he’s certainly good enough. Despite a shaky start to camp, the 27-year-old out of Eastern Washington had the best season on his career with the Patriots in 2021 – hauling in 55 balls for 800 yards and 5 touchdowns.

And although he was involved in the first of many olé’s with the Panthers this week, that can’t be the answer. Guard James Ferentz was also booted from Tuesday’s practice for fighting and started for New England on Friday.

The only answer is that Bourne is on the trading block. NBC Sports Boston’s Phil Perry told 98.5 The Sports Hub prior to Friday’s game that the Patriots, “have heard from teams looking to deal for starting wideouts.”

Despite Perry also noting that he thinks Bourne is probably safe, he mentioned that, “the Patriots are viewed as having a surplus of starting receiver talent… I don’t think the Patriots are sprinting to the phones to get rid of one of these guys, but they are hearing from other teams.”

With the emergence of Tyquan Thornton and the uptick in consistency from Nelson Agholor – I think Kendrick Bourne is certainly expendable right now for this Patriots team. If you can get something of value for him, you might be better off doing it.