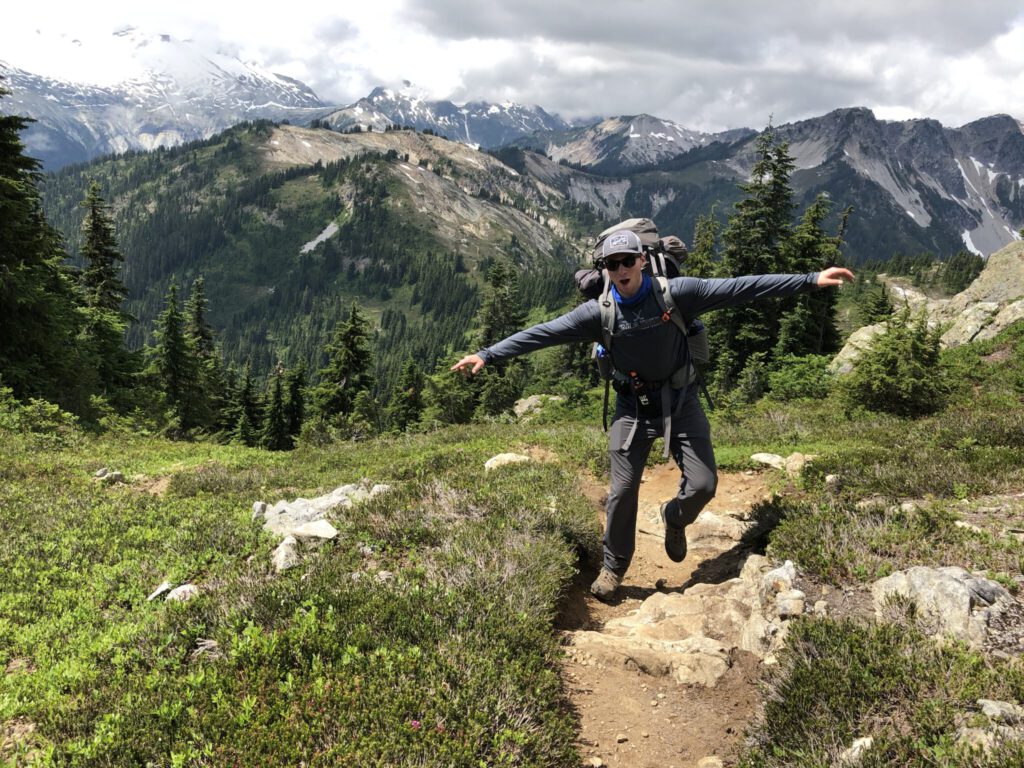 The magic number for Jeremy Swayman in 2020 has been three.

Three big college hockey accolades: Hockey East Player of the Year, the Mike Richter Award (most outstanding goalie in NCAA Division I) and first team NCAA All-American. One of three finalists for the Hobey Baker award. Three solid years at the University of Maine. Three bear encounters back in Alaska.

Since the NCAA shut college hockey down in mid-March and Maine went to remote learning, Swayman headed back to his home state of Alaska.

His time in quarantine has mostly been spent in nature, which isn’t anything new to the Bruins 2017 fourth-round pick. Alaska has numerous mountain ranges, so Swayman occupies a lot of his time with hikes through the nearby Chugach Mountains.

“That’s just a gorgeous mountain range that is literally right on top of us,” Swayman said. “The hillside is kind of where I live on and they just go right up — houses go halfway up the mountains right by the city. You can get pretty fancy. You can go an hour, two hours, five hours into interior Alaska and southeast Alaska and that’s where the fishing is too so looking forward to that season as well.”

And yes, this is mainly where he encounters the bears. But the goaltending prospect has learned how to best deal with a bear when he comes across one.

“Nine times out of 10 they’re more scared of you than you are of them,” Swayman said. “Every situation is different. Luckily I haven’t gotten too close. I saw one on the road so I was in the car. We were probably 10 feet away from it. It was just minding its own business. But yeah, you get a black bear on a trail they’ll look at you and they’ll just sprint off the other way. Typically if you’re not going to mess with them, they’re not going to mess with you.”

It makes sense then that his previous team was the Black Bears and his current team is the Bruins.

Nature plays a vital role in Swayman’s life. Ultimately, it’s why he chose Maine in the first place.

When Swayman was just starting out in the USHL, he was apart of the league’s Fall Classic. Scouts and schools flock to it every year and it’s widely regarded as one of the best places for prospects to get looked at by a wide range of colleges from across the country. Swayman was well aware of this.

As Swayman met with more and more schools, the pitches remained similar, focusing on the team’s storied triumphs and the success in between the pipes.

And then came Maine with a much different approach to courting the young goalie. They focused their pitch on the great hiking and running trails around campus. It also helped they mentioned the superb fishing spots as well.

“I knew right away,” Swayman said. “I was like, ‘wow, that’s pretty important to me’. I don’t know who tipped them off that I was a big nature guy but that was pretty cool. I knew right away that Maine was going to be a special place for me.”

Swayman put Maine’s scenic landscape to good use in his three years in Orono. Whether it was mountain biking, fishing or a hike through some nearby ranges, he immersed himself among it all.

And he even got his teammates involved on the nature walks.

“It was fun pulling them out of bed,” Swayman said. “All the Massachusetts guys weren’t too happy about it but I would go knock on their door and say we’re going for a walk today. I think my roommates loved it. One was from Massachusetts, one was from Sweden, so we all got on the same page with that but whenever I could I got outside with them.”

At times, Swayman finds himself with quite a lot of stress hanging over his head. The goalie was Maine’s best player this past season, leading them to home ice in the first round of the Hockey East playoffs. Don Sweeney talks about the Alaska native in high regard.

Clearly there’s a lot of potential and with that comes great expectations. At some point within the next five to seven years, the Bruins will need a new starting netminder. All signs point to Swayman.

To help free himself from the stress, Swayman turns to his favorite place away from the ice: nature.

“That’s my escape,” Swayman said. “It’s not that I need to escape from hockey, but it really is good. I’m big on mental toughness and truly clearing the mind, staying in the moment. Whenever I go hiking or biking, it just gives me a time to focus in on one thing that doesn’t involve hockey and it really does give me a chance to clear my mind and really narrow in on something else.”

Listen to the full interview HERE.

What is Jake DeBrusk’s Trade Value for the Bruins?