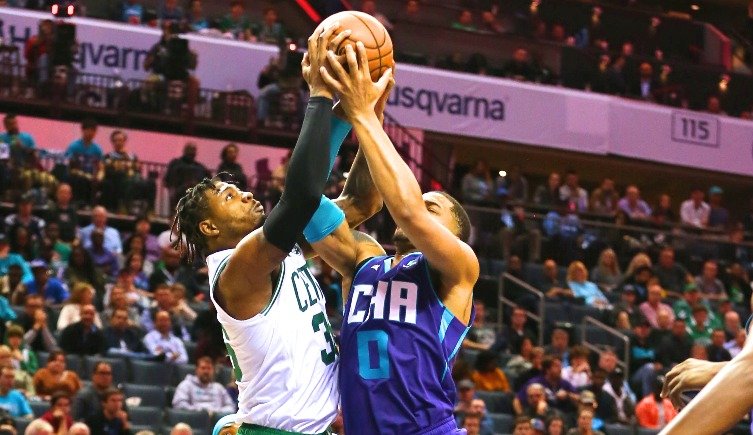 Bridges responded to a video of the altercation between him and Smart posted by Dan Greenberg of Barstool Sports, where Greenie titled the video, “Miles Bridges has a death wish.” Bridges responded with a series of crying laughing emojis and before he proceeded to respond to various Celtics fans below Greenberg’s tweet.

Bridges went as far as taking a screenshot of one Twitter account’s profile picture in one tweet and responded to another’s that suggested Bridges looked like a ghost when he saw Smart jump back onto his feet after being shoved down to the ground.

Did I really? Check the replays

“I swear Twitter gave a lot of people confidence,” Bridges said in one of his last tweets of the night. He then ended the night with “Tough loss. Onto the next!! #BuzzCity.”