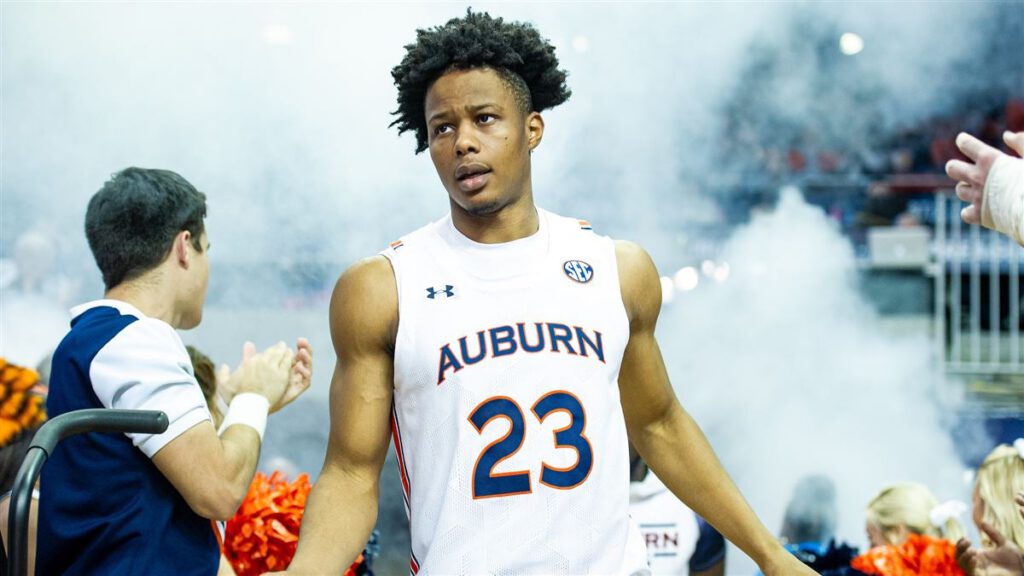 McEachern High School started as a vocational school in 1908 to the northwest of Georgia in Powder Springs, acquiring brief fame for future NBA star Josh Smith before he bounced to Oak Hill, then the Hawks. It’s 15 miles from Wheeler High, which vaulted Shareef Abdur-Rahim and JJ Hickson to the NBA before Jaylen Brown’s ascent to Boston as a 2015 graduate. Wheeler always beat coach Mike Thompson’s early McEachern teams through Brown’s 28 point, 12 rebound per game senior campaign.

Isaac Okoro changed that. In 2015, one year from high school, he watched Wheeler play Tucker at Georgia Tech, visualizing Brown’s deadly jab step that propelled him to 29 points and a blowout win. Brown’s team finished 30-3 as state champions two weeks later and left an impression on Okoro.

“Just the intensity he played with and his mentality going to every game just to kill and score,” Okoro told Boston Sports Journal about what stuck out to Brown then. “(To) do anything to help his team win.”

Okoro met Brown personally four years later in an open gym, himself 46 pounds stronger and committed as Auburn University’s second-highest ranked recruit ever. Sharife Cooper, a long-time Okoro friend and teammate, rotated in and out for “king of the court” as Okoro battled Brown one-on-one, both falling one point short. He didn’t get a victory that day against an NBA star. Okoro instead left with a phone number and mentor.

That relationship could expand in Boston if the Celtics trade up in Wednesday’s NBA Draft. Sean Deveney reported Boston is enamored by Okoro and may want to select him if Danny Ainge can. No notable mock drafts show Okoro available at No. 14, and he told BSJ that the Celtics have not worked him out nor interviewed him as of Sunday.

Okoro, represented Lil Wayne’s sports agency, worked with the Timberwolves (No. 1), Warriors (No. 2) and Cavaliers (No. 5), proof of his rapidly rising stock as the best defensive wing in the draft. Six other lottery teams interviewed him in addition to them. He shares a similar build, 6’6”, 225 pounds with a 6’10” wingspan, to Brown, 6’6”, 226 with 6’11” width — also nearly identical to Jimmy Butler and Andre Iguodala. And he’s only 19.

Okoro texted Brown periodically throughout his freshman season at Auburn and said Brown answered him religiously. The Celtics had just started their 2019-20 campaign, with Brown looking to shake off a devastating 2019 season, which he began shooting 39.8% from the field. Brown emphasized how much Okoro would need to overcome mentally to reach the next level, which he learned to do by emulating the intense confidence of Kevin Garnett and taking meditation advice from Ainge.

“When you get into the NBA everything’s mental,” Okoro remembered Brown telling him. “Just not being rattled by anything and going in there and playing your game.”

That game involves high-flying dunks, with the ability to finish with both hands. He shot 65% at the rim for Auburn and blocked 0.9 shots per game, while passing out of the high post, finishing off the dribble and guarding every position defensively.

Okoro’s defense flashed first to Omar Cooper, a New Jersey native who moved to metro Atlanta with his family in 2007 and now represents Okoro. His son Sharife made friends quickly, including Okoro and a cast of Powder Springs third and fourth graders who either didn’t make school or travel teams. They formed their own recreational group, collectively fixating on basketball in what eventually became the Athletes of Tomorrow (AOT) Running Rebels AAU team.

“They just had a unique bond,” said Mike Thompson, Okoro’s high school coach. “As ninth graders they sat at the front of the class, nobody’s pants were sagging. They would dress well. They knew what they wanted to do. They had their sights on going to college … they had been well drilled and well schooled on what they wanted to do from an early age.”

Babatunde “Stretch” Akingbola committed first from the group, in 2017, to Bruce Pearl’s Auburn program as the AOT cast moved on to McEachern. Their games filled up to capacity each night no matter the venue. Cooper, now an Auburn freshman, built over 100,000 Instagram followers with features on YouTube displaying his skillful, flashy demeanor with a game based on step-backs and jump shots. It helped McEachern become nationally known in an age of internet-based hoop fame, surpassing the word-of-mouth Josh Smith hype. Okoro played Cooper’s gritty complement, meeting the floor often as his senior team topped Brown’s mark at 32-0 with the duo declared co-MVPs.

“I’ve always described those two as Isaac is the cake and Sharife is the icing,” Thompson said. “If you’re going to make a cake. Sharife is kind of the entertainer of the group and Isaac is the hard core, does the dirty stuff. The things not many people want to do.”

Thompson remembered Okoro entering the program shy and modest a year ahead of Cooper, who stayed back in seventh grade to grow. Okoro played a willing passer of responsibility and shots. Thompson sat him down for a conversation in the locker room after that season, telling him that the program would follow his lead for his final three years. He noticed Okoro prodding teammates from there, boasting that he’d win every defensive drill in practice, “you might as well put my name on them.” So Thompson did.

Okoro’s concern ahead of draft night is his jumper. He shot 20-for-70 (28.6%) from three and 90-for-134 (67.2%) from the free throw line last season. Team USA cut him for it as a high school sophomore, before he bounced back to win the FIBA U-17 World Cup with them. Despite rigid mechanics, his touch remains soft from outside and he finished his final four games at Auburn 4-for-10 from three.

Like a growing number of draft prospects, Okoro studied pros whose molds he fit like Kawhi Leonard, Brown, Butler and Iguodala, who all entered the NBA with shooting concerns and worked them out to varying degrees. Okoro is attempting to master his own with thousands of shots and a dose of wisdom from Brown.

“Mentally there’s some games where you’re not making shots or you’re not playing the way you usually play,” Okoro said. “For me, how I start to get my confidence back is on the defensive end by getting a steal or a block, or getting a big rebound or dive on the floor and try to make those big energy plays to pick myself up.”