How are Bruins Impacted by NHL’s New Playoff Format? 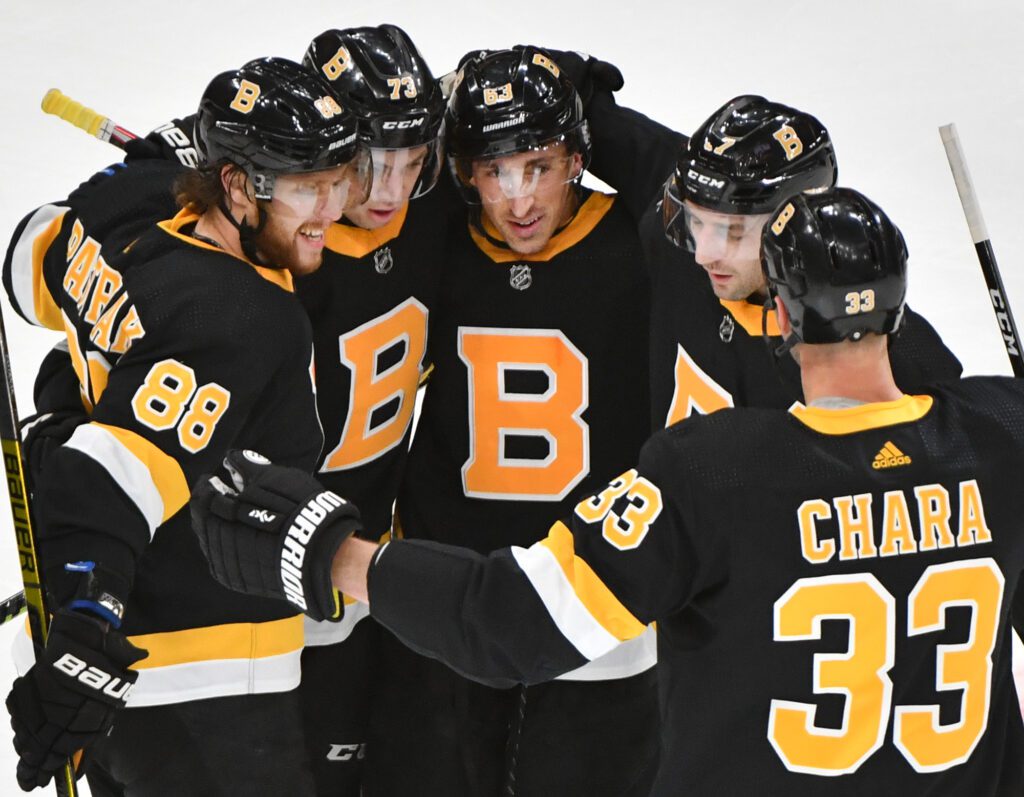 It’s weird, it’s abnormal and we’ve never seen anything like this. But at least it’s something.

Gary Bettman held a video conference Tuesday afternoon to discuss the NHL’s 24-team postseason plan for returning to play. The bottom line is there are 12 teams from each conference playing in two separate Hub locations that have yet to be determined.

The top four teams in each conference automatically clinch a birth in the first round and will play a round-robin of games to determine seeding. The remaining teams will play in a best-of-five qualifying round series to determine which squads make it to round one.

The question then boils down to how does this impact the best team in hockey?

The Bruins’ record of 44-14-2 (100 points) has them now as the Presidents’ Trophy winners with the 2019-20 regular season officially over. At the time of the shutdown, they looked well on their way to making it back to the Stanley Cup Final after losing in Game 7 last June.

It’s going to be very hard to recapture all of that. There are many pros, as well as many cons.

PRO: Every team is going through the same thing

Every NHL team’s season was abruptly halted on March 12. No NHL team has been able to practice or play together since the stoppage. Every NHL team will come back at the same time.

In short, every team is facing the same challenges.

No group has any sort of big advantage. Where teams have positives in the new format, they have negatives in other aspects of it.

Obviously the main argument from a Bruins perspective is they were geared up to make a very deep run with the normal postseason format and not a completely different one. Some believe the results of this 24-team format won’t be accurate because, well, it’s different.

But there’s solace for Boston, as well as every team, in knowing everyone is starting from square one and dealing with similar issues.

As alluded to earlier, this 24-team format just simply isn’t the same as the one the league rolls out every other year. There’s almost no getting around that.

If the Bruins fall short in this summer’s format, especially if it’s in the first or second round, people will always ask “what if there hadn’t been a pandemic and the Bruins went into the playoffs normally?”. That’s a big question with an answer we’ll never know.

Also, if the Bruins lose that top seed in the East after the opening round-robin and then lose to a team they wouldn’t have played had they stayed as the No. 1 seed, people will most certainly ask “what if?” once again.

And how can you not? The team’s veteran core — Zdeno Chara, Patrice Bergeron, Brad Marchand, David Krejci — has a Cup window that’s closing quickly. Every year matters and is another season closer to retirement. This summer is no different.

CON: Not guaranteed the No. 1 seed

I mentioned it briefly in the previous “con”, but the Bruins losing out on the No. 1 seed in this summer’s postseason would be big, but not for the normal reasons.

Typically, the big perk to being the No. 1 seed is home-ice advantage throughout the postseason. With this year’s playoffs being played in one arena with no fans, the crowd and the locker rooms won’t really matter.

But the tragedy in falling out of that No. 1 seed in this format for the Bruins would be they were almost certain to be the top dog if the season and playoffs resumed as normal. At the time of the stoppage, the B’s were eight points up on the Lightning and 10 up on the Capitals. Boston had won five of six leading up to the shutdown and was coming up on a mediocre stretch of teams to play.

Now, they’ll have to play to protect that top slot.

As hot as Tuukka Rask was at the time of the stoppage, the rest he gained from the break will turn out to be even more valuable.

“Last summer was very short and the past two seasons kind of combined together almost it felt like,” Rask said back on May 11. “I’ve kind of used this time off to get my mind off of hockey and just focus on family because we travel a lot and it gets taxing mentally sometimes to be away from your family.”

Rask has been very fortunate to have Jaroslav Halak the past two seasons to eat up the other half of games. But even still, last season saw him appear in 70 games — including the playoffs — and go until June 12.

At the time of the stoppage, Rask only started 41 games. Now add on more than two months of rest. The Bruins will be getting the best version of their No. 1 goaltender.

PRO: The rest of the team gets healthy

Rask isn’t the only one on the Bruins who benefits from an extended time off — the rest of the team will as well.

Torey Krug went down with an undisclosed injury before the stoppage. Brandon Carlo, his partner, was forced to sit out due to a concussion the following game.

Both are now cleared to play once hockey resumes.

Had the season gone on as normal, both would’ve most likely made it back in time for the start of the first round. But even then, there’s a good chance the Bruins second defensive pair wouldn’t have been at a full 100 percent.

Now with more than two months of rest and recovery, the Bruins can be sure they have their dynamic second pairing fully ready for a deep run.

PRO: Top 4 round-robin will provide competitive warm-up for first round

It’s not actually playoff hockey. It’s not do-or-die. But it’s as close to competitive as the league can get without sending any of the top four teams home off the start.

The top four teams in the East are the Bruins, Lightning, Capitals and Flyers. The plan is for everybody to play everybody to determine seeding, which is what will ultimately make these games intense enough to be solid warm-ups for the rest of the playoffs. Teams are going to play at a level hard enough to win, but not hard enough to raise the chances of injury.

Let’s try to forget that regular-season overtime rules will apply to these games.

Boston, Tampa Bay, Washington and Philadelphia will make for a tremendous sideshow to the qualifying round. Every matchup is extremely good hockey and a preview for what may come later in the summer.

It’s unclear how they’ll end up reseeding the top four teams after the games take place. No matter the outcome of the three games, the Bruins should hope the league weighs regular season success heavier than the round-robin.

No, it’s not do-or-die and there’s no way to set that level of hockey for games that aren’t sending anyone home. However it’ll be good enough to get the Bruins warmed up for the first round.

The NHL playoffs are famous for lower seeded teams getting hot and storming through better teams to make a run at the Stanley Cup. Remember when the Hurricanes made it all the way to the Eastern Conference Final last season?

Now there’s more teams who could do that. The Islanders, Panthers, Rangers and Canadiens are all capable of playing the part of spoiler. What if Sergei Bobrovsky gets hot and steals a round? What if Henrik Lundqvist gets hot and steals two? What if Carey Price steals the show?

Anything and everything is on the table. All four of those teams certainly have the talent to knock off any of the teams who would’ve been in the playoffs under normal circumstances.

For the Bruins, the scary one is Montreal solely off of Price and what he’s done to the B’s in the past. Other than that, no team of that group appears to be a serious threat to knock off Boston.

As different as the new format is, there’s certainly one mainstay: the Bruins are the favorite to come out of the East.

And they’re certainly still one of the favorites to win the whole thing.