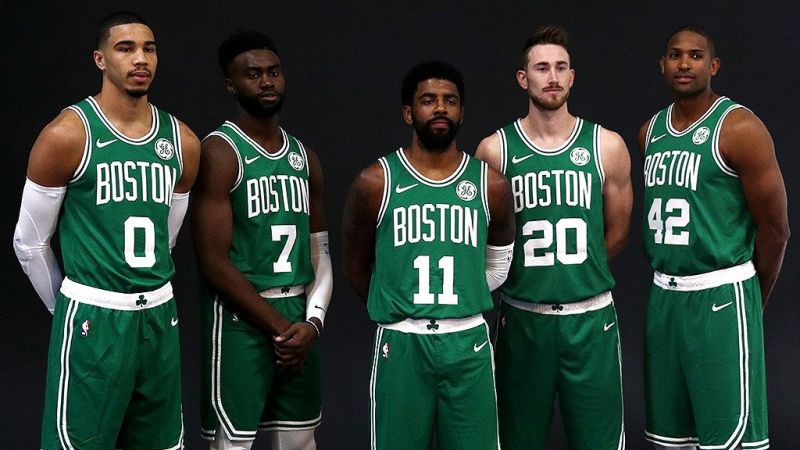 INDIANAPOLIS –It’s been a long time since we’ve seen Brad Stevens close out a game with his 2018-19 season opening lineup.

With just under six minutes left in Game 3 against the Pacers Friday night, Jayson Tatum checked in for Marcus Morris at the 5:45 mark and it turned out to be Stevens’ final substitution of the night. With Gordon Hayward and Kyrie Irving’s playmaking leading the way, Al Horford, Jaylen Brown and Tatum all collectively sealed the win for Boston, grabbing a 3-0 lead in its best-of-7 series.

After the game, Irving talked about how difficult it was for him and the original starting lineup to find continuity throughout the beginning of the regular season, where the Celtics went 10-10 in their first 20 games. The unit was ridiculed for it’s slow start and it only took the first 20 games for Stevens to breakup the starting unit for good.

Following team film study Saturday, Horford was asked about the trying times back in September and October and what exactly went wrong throughout the initial stretch of the regular season.

“I just think it was probably a lot of high expectations, a lot of pressure at the beginning of the year,” Horford explained. “I think that we’ve been through a year together, we understand what we need to do on the floor, how we need to play and I’m happy to be able to see all of us together out there, playing together.”

Was it frustrating to hear the initial starting five receive so much flack?

“No, I just think that we all needed to understand how we needed to play,” Horford replied. “It took changing the lineup for most of the year and I think that everyone understands what they need to do at this point.”

Brown, who lost his starting job to Marcus Smart earlier in the year, has returned to the starting unit since the loss of Smart (torn oblique) prior to the postseason. Meanwhile, Hayward has thrived in his secondary role off the bench alongside Marcus Morris, who was replaced by Aron Baynes in the front court for defensive purposes.

Stevens has tweaked his starting lineup a lot this year but seeing his original five succeed alongside one another is an encouraging sign of what’s to come — a potential “closing five” that could be turn out to be the norm from now until the end of the Celtics’ postseason run.

“They were elite, defensively,” Stevens said Saturday afternoon. “We just had to figure out how to play well together and everybody give a little in that group and those type of things. Ever since then, we’ve been starting differently and just haven’t had a chance because of our rotations to go back to it very often. Obviously, Smart being out, you’re playing less guys and you’re probably finishing, if small, with either that group or Morris for one of those guys.