How Celtics Learned a Valuable Lesson Against Raptors 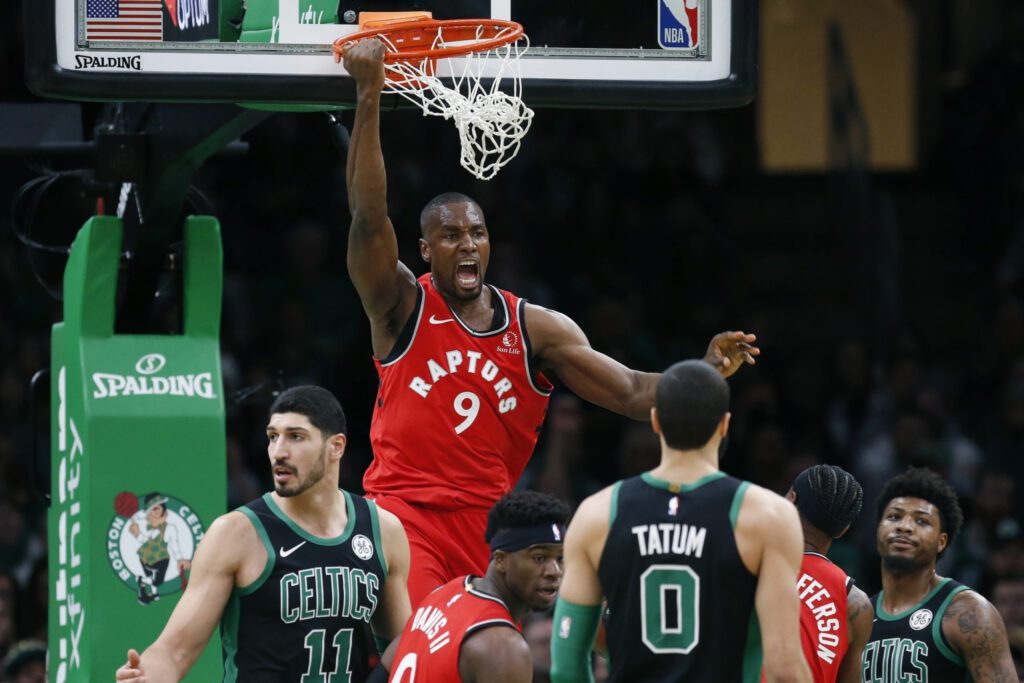 The Raptors avenged their Christmas Day loss to the Celtics in emphatic fashion Saturday night at TD Garden.

Toronto kept the Celtics at bay throughout the night en route to a 113-97 win, snapping the Celtics’ five-game winning streak and Brad Stevens saw this coming Friday night after seeing his team dominate the Cavaliers. He wasn’t impressed with his team’s defense against Cleveland nor has he liked what he’s seen on that end of late in general, despite Boston’s impressive winning streak.

“If we play like we did today, tomorrow, we’ll get beat,” Stevens said Friday night after complaining about seeing the Celtics give up too many layups and easy buckets against the Cavaliers.

And while the Celtics managed to force 22 Raptors turnovers, their defense couldn’t slow Toronto down in the half-court set and fell behind in trying to defend the pick-and-roll. Stevens saw hints of this prior to Saturday, it was something he says often comes with the territory of a winning streak — when a team can start to pick up bad habits and resort to letting up instead of locking things down on the defensive end.

“That’s always the case with winning,” Stevens said Saturday after losing to the Raptors. “You use all year as a coach to objectively look at your team. You don’t ride the roller-coaster. We talked about things we didn’t do well yesterday before the game so that we could try to do them a little bit better. We talked about what to expect that would be different from an energy and attack perspective from them and they met every expectation. They were awfully good.”

The Raptors wasted no time getting out in front of the Celtics. They constantly challenged Boston in transition — where they bypassed Boston’s coverage with few dribbles in open spaces and other fast break opportunities.

It didn’t take long for Toronto to earn its first double-digit lead and momentarily grabbed a 36-22 advantage before Marcus Smart’s buzzer-beating 3-pointer trimmed the Raptors’ lead at the end of the opening frame. Kyle Lowry’s 30 points, 7 assists led the way, Serge Ibaka finished with a double-double (20 points, 10 rebounds) while Fred VanVleet (5 assists, 5 steals) and Patrick McCaw (8 assists) each scored 18.

After finding themselves on the wrong end of an 11-4 run, the Celtics responded with a 9-0 run in a hurry to pull to within three (70-67) midway through the third quarter but the Raptors responded immediately with defensive stops and transition buckets. Toronto scored 52 points in the paint and eventually stretched its lead to 17 points.

The Raptors shot 52.4 percent from the floor, including 14 3-pointers — Lowry drained five of them.

“I haven’t felt like we’ve been great on that end recently,” Stevens added. “We’ve had our moments, certainly, but we had our moments tonight on defense but they absolutely destroyed us in transition, which was bad. Those transition layups in the first half — they’re up five but they got eight points that are uncontested on run outs. You just can’t allow that, it’s not good.

“They were great in the pick-and-roll all night, they destroyed us. We have to be much better defending that. I don’t think we were very good at it yesterday either. We got a lot of work to do to be the best version of ourselves. I don’t think tonight was much about us. I think our guys did some good things and had some moments but they deserve a lot of praise.”

Whenever they got close to tying things up, the Celtics struggled to stop the bleeding. They managed to string together scoring runs in the second half but failed to even things up or pull ahead, especially in the fourth quarter — when it mattered most. Boston never led once.

“We gotta get back to being a better defensive team,” Stevens said. “We got to find the right mix of guys that’ll defend well together, that will complement our best players to defend well and just get back to that.”

Kemba Walker led with a team-high 30 points, Jaylen Brown added 17 points while Gordon Hayward finished with 13 and Jayson Tatum added a dozen. In the past, Stevens’ most successful teams relied heavily on its defense to reach newfound heights that were typically either unforeseen or deemed unlikely.

Celtics will look to return to their winning ways Tuesday night when they take on the Hornets in Charlotte on New Year’s Eve.