How does Kemba Walker Fit with Celtics after Return From Injury? 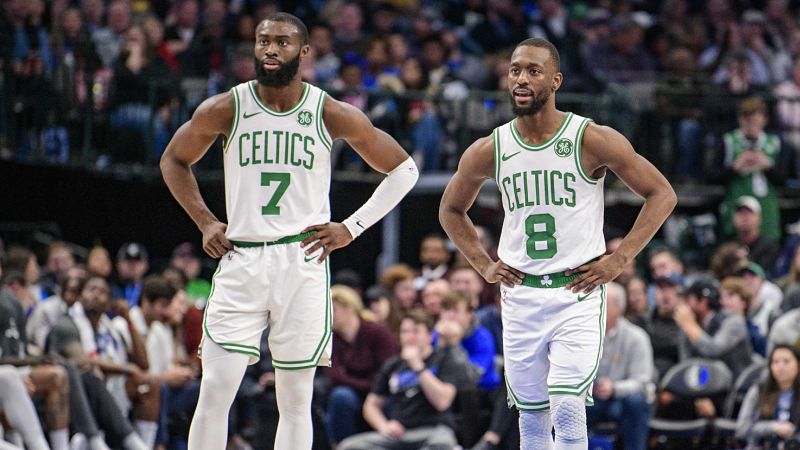 Kemba Walker waited 30 seconds into Sunday’s drubbing at the hands of the Knicks for his first opportunity at the basket. He swiped RJ Barrett’s first kick out pass to Elfrid Payton, then tried to dart around Payton to the other basket.

The breakout marked Walker’s first live action since September. Payton has played every other night since December, so Walker’s initial hesitation move at the three point line and final burst toward the rim weren’t sharp enough to beat him. Kemba awkwardly stopped his dribble, leaped and planted on his left foot for a travel. He avoided injury, a lone success in a sloppy return from the eight-week stem cell program for his left knee.

Walker turned the ball over five times and shot 3-for-13. The emphasis on Walker finding his rhythm cost Boston balance and possessions early in what became a historic 105-75 loss for the Celtics where they shot 29%, their worst mark since 2004. Walker declared himself pain-free and moved well, though his integration displaced playmaking opportunities for other rolling Celtics for at least one game.

“As far as Kemba using opportunities, we need him to,” Stevens said. “If we’re going to be a good team, if we’re going to compete with some of the teams that are the best in the league, we don’t have a shot unless we let him be him.”

Kemba received six spot up jumpers, seven pick-and-roll sets, a handoff, three transition runs and a catch-and-shoot in three quarters. It amounted to a hefty 41% usage rate before Walker left the game, after Nerlens Noel banged him onto his side around his 20-minute limit. That’s 10 percentage points higher than Jayson Tatum’s 31%, and a few points higher than Giannis’ league-leading 37.5% MVP season usage. Walker was used on 27% of his possessions last year.

Walker won’t be used on that many once his minutes increase and Tatum returns from COVID. This is definitively Tatum’s team, as it became by year’s end in 2020. The greater question now is whether Walker’s ball-dominant game supersedes Brown’s — which has heavily contributed to Boston’s 8-4 start.

Tatum and Brown split a 30% usage rate as they led various Boston bench units and shared looks on offense. The trio could work out a 25% three-way split, but it’s more likely Tatum’s rate remains high and Walker cuts into Brown’s. Brown took five catch-and-shoot threes, two shots in isolation, a cutting layup and led three pick-and-roll sets in the first half — 30% with Marcus Smart in third at 24%. In the second half, he opened up more transition and pull-up attempts.

Those possessions exceeded his season averages, but with Tatum absent and Walker limited. Will Brown still receive 10 drives per game or 8.5 like last year soon? Will he fall back to a spot-up shooter, with only a 24% usage? Will he be able to make plays as often?

“(Brown) just has to keep on being super aggressive,” Walker said on Sunday. “I’m going to do my part, I’m going to play hard, I’m going to shoot my open shots. He’s killing it. I don’t want him to think that just because I’m back he can’t keep killing it, because he can. That’s what I’m here for, I’m here to continue to encourage him to be great. I just want to try to add onto it.”

While Kemba watched shot after shot clank off the circumference of the rim, he found success as a facilitator. An early break into the zone found Grant Williams for two back door. Tristan Thompson and Daniel Theis caught sharp passes on rolls. Walker became the Tatum of the offense on Sunday, all the usage with none of the efficiency, so a deficit ballooned and made second half conclusions difficult to draw.

There won’t be immediate takeaways on Wednesday either, with Tatum out at least one more game. Walker’s sentiment about sharing opportunity booms through the locker room. It set up Tatum’s all star season and a deep Celtics playoff run. Finding an all-star point guard to follow up Kyrie Irving, one willing to empower a younger star as the top option, remains one of the great miracles in franchise history.

“When (Kemba) comes back, he’s going to be everything that he’s always been,” Stevens said. “(And) he’s a great encourager of everybody else to continue what they’re doing.”

Walker’s unstable knee showed the hidden cost of that benefit, and now if he’ll remain in Boston with any limitations, his transition away from being a top star could continue toward a third option. Does that mean off-ball action? It’s doubtful.

Boston’s equal opportunity offense and the ability to stagger minutes diminishes the need for Walker to give the ball away. When he and Brown do share the floor, Walker is a better dribbler and passer right now. Brown is an exceptional cutter and hits 40% of his threes.

A team focusing on winning now will lean in on those immediate strengths, as they should. Though allowing Brown to command heavy minutes atop bench units alone, or letting Walker run those while Tatum and Brown tag team in other lineups could continue to get Brown the appropriate drives, pick-and-rolls and spot-up jumpers that have driven his early all-star case.

Does Walker’s return bolster the former at the expense of the latter? Not even Brown would care if that’s the case. If Walker’s slow return hurts both in the near future, his usage becomes Stevens’ next big coaching challenge.

“We’ve all got to make the game easier for Kemba,” he said.
“Kemba’s not the guy that comes to the pack, we’ve got to all come to him. We’ve got some really good players and some guys who are going to get plenty of opportunities … that’s the great thing about Kemba.”