How Has the Patriots Defense Evolved Under New Play Caller Brian Flores? 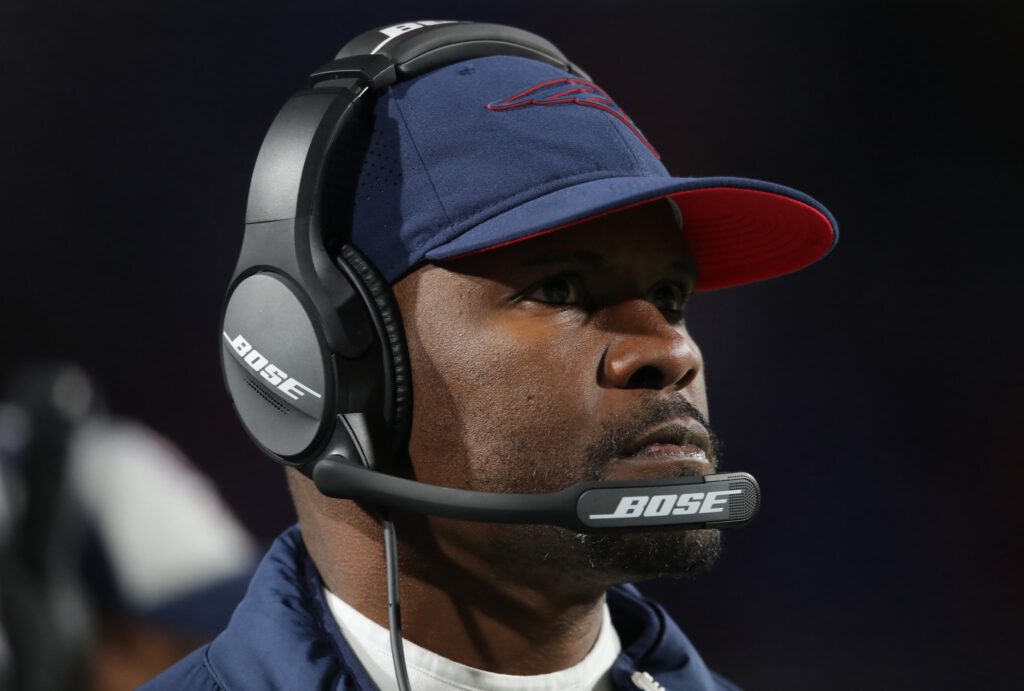 FOXBOROUGH — For those hoping for a change, the Brian Flores iteration of the Bill Belichick defense is mostly the same as it was under Matt Patricia.

The schemes themselves are nearly identical as you’d expect with Belichick still deciding the systemic direction of the defense.

“A lot of our defense is very similar to what we’ve been running the last eight years I’ve been here,” said Patriots safety and defensive captain Devin McCourty. “I think, as always, if someone else is calling the plays, you might call a different call in different situations, but the menu of plays that we have and that we run have been very similar.”

However, as McCourty eluded to, with Flores calling plays, there are some noticeable differences from Patricia’s defense a year ago. Although, it’s important to keep in mind that these shifts in philosophy could strictly be game-plan specific or changes Belichick would’ve made regardless.

For the sake of this exercise, we’ll assume that Flores’ influence is playing a role in these decisions.

Let’s start with how the Patriots align defensively in the front seven.

Going back to his roots, Belichick and Flores re-introduced the 3-4 over front on a more regular basis this season with a strong side linebacker, usually Kyle Van Noy, as the fourth player on the line of scrimmage.

As for the three defensive linemen, you’ll have a three-technique on the strong side, a weak one-tech, and a weak five-tech on the backside of the formation.

The Pats linebacker has made a number of plays in the backfield out of these fronts this season.

Along with the defensive fronts, as many Patriots players suggested during the preseason, New England’s blitz frequency has increased slightly under Flores, and that’s heavily influenced by what they’re doing in the secondary.

In the secondary, the Patriots continue to be predominantly a single-high defense with cover-one man and cover-three being their two most common coverages.

The New England defense spends nearly two-thirds of its snaps with a single-high safety relying on their veterans at free safety (Duron Harmon and Devin McCourty) and corner (Stephon Gilmore and Jason McCourty) to keep things in front of them.

However, this season, there has been a considerable uptick in the amount of cover-0 blitzes, which takes the deep safety out of centerfield and puts him in the box either as a blitzer or a cover player so the defense can bring extra pressure at the quarterback.

The Patriots were in a cover-0 scheme 37 times in the first ten games of the season compared to 18 instances of the coverage all of last season.

“It’s just a different look to the offense. So, as much as we can do that, when we can do it, it’s helpful,” said Flores. “I think we’ve got a good group of blitzing secondary players and I think those guys do a good job.”

Although the aggressiveness might be a welcomed site for some, it has yielded mixed results.

As you’d expect in a scheme without a deep safety, teams average 12.1 yards per completion against the Patriots’ cover-0 blitzes, but they’re only completing 48.6 percent of their passes and average 4.8 yards per play with six forced incompletions by the defense, making this a true boom or bust scenario (Patriots average = 5.8 yards per play).

On the whole, the Patriots have been a more effective blitzing team this season compared to last year.

But they’re a more efficient unit ranking 16th in Football Outsiders’ DVOA metric in 2018 compared to 31st a year ago (DVOA = Defense-adjusted value over average).

And they’ve created 17 turnovers this season (tied for sixth in the NFL) after forcing only 18 all of last season.

How the Patriots perform defensively in the postseason will determine if they’ve improved, and the personnel at each play callers’ disposal is different, but despite being in the same system, Flores has done things a bit differently than his predecessor.