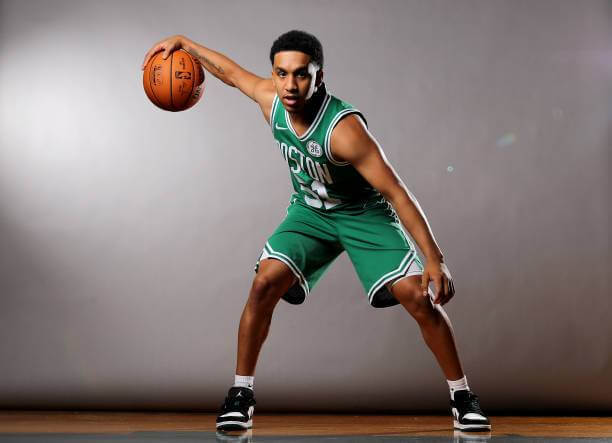 It was undoubtedly a challenging summer for Celtics rookie Tremont Waters.

Three weeks removed from the NBA Draft, where Waters was selected by Boston in the second round, the Celtics prospect received awful news. His father, Edwin Waters Jr., had taken his own life in Tremont’s hometown of New Haven, CT.

Granted, an opportunity to play for the Celtics is certainly something the New England native was excited about, losing his dad made the transition from collegiate ball to the pros difficult right out of the gate. That was until one of his newest teammates helped smooth things over a bit for the rookie, in the midst of tragedy with a text message Waters will never forget.

Marcus Smart, who reached out to Waters following the death of the rookie’s father, made a tremendous impact. It made the second-rounder feel at home.

“My teammates have done a great job of being there for me,” Waters said Monday at Celtics Media Day. “I didn’t have a face-to-face conversation with Marcus Smart but he texted me and immediately I knew it was a place that I could call home — the Boston Celtics — because of that one reason.”

Smart, who many consider the heart and soul of the Celtics, opened up about how he feels he’s entering a new stage in his career as he enters his sixth season in Boston.

“Everybody feels good to be back here together,” Smart said. “For everybody, we love playing basketball. Basketball is something that puts us at ease so it is a fresh start for us. We got new faces, we got new mindsets, different mindsets, and we’re ready.”

Waters said he feels good knowing that he will be close to his mother and able to help her while playing in Boston for the Celtics. He also plans to honor his father throughout the season.

He doesn’t know what it will be exactly but says he’ll have a plan in mind when the time is right.

“I’m relatively creative,” Waters said. “I’ll find a way to incorporate him into everything that’s going on.”