How Much Would A Trade Help Bruins Chances In Playoffs? 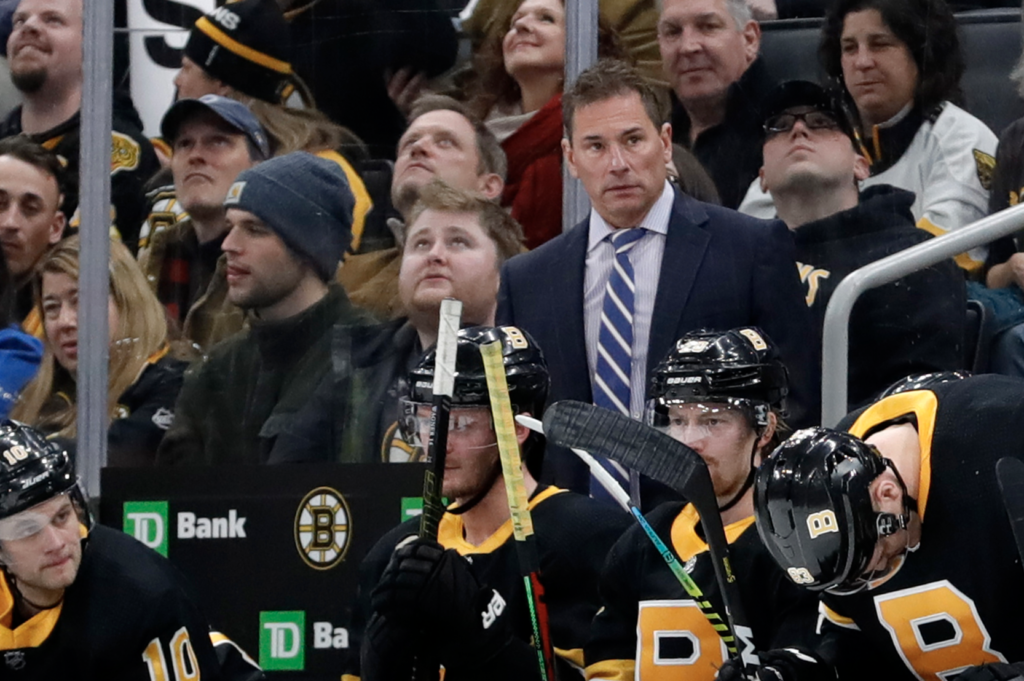 BOSTON – Don Sweeney has several critical decisions to make in the days leading up to the NHL trade deadline on February 24.

Does the Bruins general manager take a run at re-signing pending unrestricted free agent Torey Krug long term and keep the 28-year-old as a core piece of the Bruins future going forward?

Does he trade one or two of the young pieces on the current roster to reshape the scoring depth on the second and third lines?

Does he move any of the current top prospects in the system like Jack Studnicka, Trent Frederic or Urho Vaakaneinen along with future first or second-round draft picks in a package for a ready-made point-producing wing for the upcoming Stanley Cup run?

The names Josh Anderson, Tyler Toffoli and Chris Kreider have been swirling for some time now.

Before answering any of the above questions, he has to first ask if he’s all-in with this current group, which came within 60 minutes of the Cup last June.

The Bruins woke up from a first-period snooze Saturday to overwhelm the NHL dregs known as the Detroit Red Wings in the second period and ride their way to a 4-1 win at TD Garden, handing Bruce Cassidy his 200th win as an NHL head coach.

“Terrific. Yeah, it’s good,” Cassidy told me, before reflecting on the significance. “Not the number itself, but I guess now you’re starting to accumulate some, so it means you’re starting to establish some consistency in the league and your craft. That’s the positive part of it. First go around didn’t happen that way. I kind of learned a few things and it’s working out okay.”

Cassidy’s first go around ended with a 8-18-1 start in the 2003-04 season with the Capitals after a 38-win debut the year before. This time, with a much more talented team, Cassidy is enjoying a lot more success. He was a game from a winning a Stanley Cup in his third season in Boston. His team is atop the NHL through 59 games this season.

He has been pressing all the right buttons in a season that followed one of the most disappointing endings in recent Bruins history. This season is taking on a lot of similarities with the 2010-11 Bruins that blew a 3-0 lead to the Flyers in the Eastern semifinals in 2010 and came back to win it all the next season.

“Listen, we wanted to make sure we got a win today,” Cassidy said. “We had a couple of losses to them this year; we wanted to make sure we took care of business in the right manner. I think everyone was involved today so it was a good hockey game in that regard, we didn’t steal anything. That’s a good way to hit the road, feeling good about your game. I think it’s just an extension of what we’ve been doing the last two, three weeks, ten games let’s say. Again, different guys contributing — our top guys, they do their thing. But I thought everyone sort of pulled on the rope today, I thought [Charlie] Coyle’s line did a good job of establishing O-zone possession time and had a big influence on the momentum shifts for us.”

Saturday’s win It was his 153rd with the Bruins and Cassidy is a big part of the equation Sweeney must weigh. Cassidy has done a masterful job from the day he took over for Claude Julien. His teams have made the playoffs in his previous three seasons and obviously will make it four this spring.

This time last year, Sweeney and the Bruins acquired Charlie Coyle from Minnesota for Ryan Donato and a conditional 2019 fifth round pick. It took some time, but Coyle has blossomed into one of the best third-line centers in the game in the last couple of weeks and is precisely what the Bruins need on that third line. Sweeney also dealt for Marcus Johansson to do exactly what he’s looking for this season, adding scoring depth on the wings.

The Coyle deal is looking to be a brilliant move, as Coyle scored again Saturday, re-directing a Charlie McAvoy slapper from the high slot for the third goal of the second-period flurry.

“Well, I think it wears you down and frustrates you, as well. If you’re an offensive line and watch a guy ragging the puck the whole time and getting to the net and you’re wasting a lot of energy in your own end not attacking, I think it frustrates, and that can trickle down,” Cassidy said. “You can start barking at your D for not being able to separate the guy from the puck or whoever’s responsibility it is. That’s as much as anything too. It gets the other team off their game. It takes them off their game if they’re not completely focuses, and then obviously, the natural part is the fatigue.

“It’s no fun chasing around a man his size and trying to battle back pucks. You don’t have much energy when you do get it. So, that’s the important part. We’d like to see that line finish a little more, obviously. That’s the next step, if they can take it to the point where they can convert on their chances a little better, but his two wingers are young guys; they’re still learning the ropes that way, so we’ll see if that develops. If it does, then they’re going to be really dangerous, whoever is on that line.”

Brad Marchand, the go-scoring star of the 2011 run, is now a play-making genius with another brilliant move in the third period to set up David Pastrnak with the fourth goal of the day.

He fed Patrice Bergeron on a short-handed goal that gave the Bruins the lead for good. Charlie McAvoy scored Boston’s first goal and took the shot that Coyle re-directed for Boston’s third goal in the second period.

What Saturday showed is Boston’s front-line scorers and stars are producing. Now Don Sweeney must ask himself how badly does he want to help them get over the hump this season? We’ll have our answer by Boston’s next home game, Feb. 25 against Calgary, the day after the deadline.