How Ready are Jakub Zboril and Urho Vaakanainen for Spots in Boston? 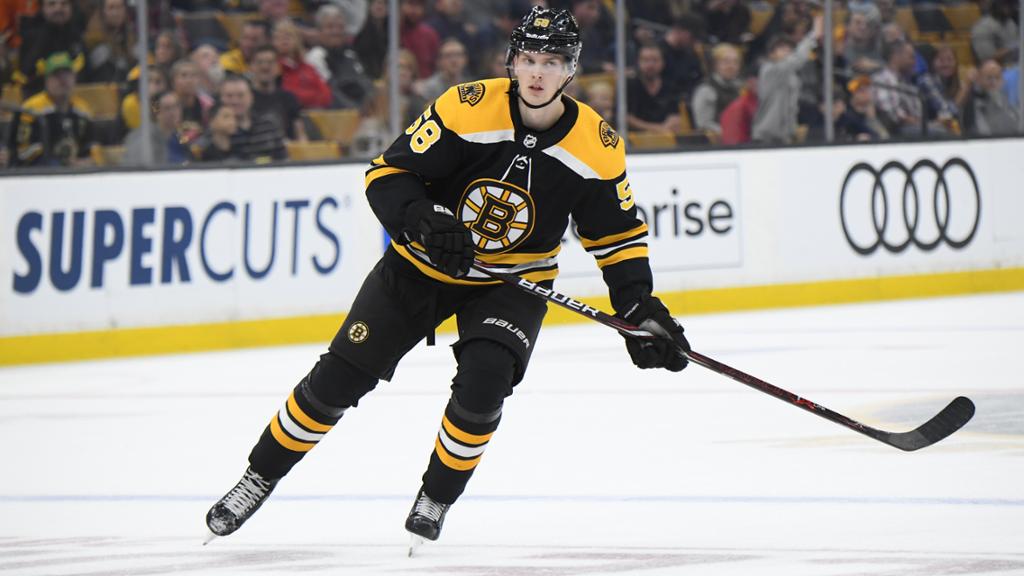 The 2017-18 Bruins season saw Matt Grzelcyk successfully make the jump from the Providence Bruins to the Boston Bruins. During the 2018-19 postseason, Connor Clifton burst onto the scene. The 2019-20 campaign saw Jeremy Lauzon make his mark.

It’s clear the defensive pipeline from Providence to Boston is fairly strong. But for the 2021 season, whenever it begins, the Bruins will need that defensive channel even more.

Torey Krug is now a member of the St. Louis Blues. Zdeno Chara still hasn’t been re-signed by the Bruins. Don Sweeney has stressed the Bruins are letting Chara dictate what his next step is. It’s entirely possible Chara doesn’t return.

That would leave the Bruins without the two most stable presences they’ve had on the backend since 2013.

The Bruins have yet to acquire any defensive replacement for Krug, so it appears as though that vacancy, as well as Chara’s if need be, will be filled from within. Boston already has the crew of John Moore, Kevan Miller, Clifton and Lauzon up at the NHL level to fill in spots.

But the baby Bruins have two defensive prospects who appear to be NHL-ready in former first-round picks Jakub Zboril and Urho Vaakanainen.

“All I can really do is evaluate and compare some of our other guys that were at where [Zboril] and [Vaakanainen] are right now and then how they did in the coming season,” P-Bruins head coach Jay Leach told CLNS Media last week. “They’re right there with them. I think the way they ended the season with us in Providence was very encouraging.”

Zboril and Vaakanainen have taken longer than most had hoped to develop. After being drafted No. 13 overall in 2015, Zboril has spent three full seasons in Providence. Vaakanainen, drafted No. 18 in 2017, has been in the AHL for the majority of two years. Both are still young — Zboril is 23, while Vaakanainen is 21.

“Their development has been one that’s been a steady improvement since they’ve been here,” Leach said.

Yet the clock continues to tick on when they’ll successfully make the full-time jump to Boston.

In Providence, their two-way game was enhanced, although the majority of their minutes came in the defensive zone. Their minutes on the power play came with time, but neither ever really ran the man-advantage consistently.

“They were our best guys down the stretch until the pause and eventually the season was cancelled on us,” Leach said of Zboril and Vaakanainen.

The question then becomes are the two defensemen ready for consistent NHL minutes? Neither have yet to stick in Boston.

The Bruins are still looking to contend for a Stanley Cup. To many, sticking one of Zboril and Vaakanainen, or both, would be seen as hurting their chances of doing that because of inexperience.

“It’s tough to speculate,” Leach said when asked how their games will translate to the NHL level. “I certainly think they both have the ability to transport and move pucks and transition. On the breakout, they can be real clean. I don’t think that changes from this league to the next. If anything, it should be, I don’t want to say easier, but a little more fluid for them because guys tend to be in spots quicker.”

Part of why the pipeline of defensemen has been successful is due to Providence and Boston implementing the same defensive structure. This is something the two first-round picks should benefit from immediately.

“They’ll be able to jump right in there and be comfortable with that,” Leach said.

Still, Leach has a tough time forecasting how well they’ll play in Boston.

“It’s really just kind of a guessing game,” Leach said of predicting how Zboril and Vaakanainen will fit in the NHL. “I don’t think we had a huge idea with any of our guys and they’ve worked out great. I think Grzelcyk has found his game in the NHL and obviously [Clifton] and you’re seeing Lauzon. A lot of that happens when they get their opportunities and they find their way.

“Now it’s just up to them to get in there and get an opportunity and hopefully make the most of their opportunity.”

The status of Zach Senyshyn

Despite many 2015 NHL Entry Draft Projections forecasting Zach Senyshyn as a second-round pick, the Bruins went ahead and selected him No. 15 overall.

And you know the rest — the next three picks were Mathew Barzal, Kyle Connor and Thomas Chabot. All three enjoy high success in the NHL while Senyshyn has compiled a total of six NHL games played.

While Senyshyn has yet to stick in the NHL, Leach is confident in the winger’s ability to make it at the next level.

“He’s been asked to do a lot,” Leach said of Senyshyn. “There’s been obviously a lot of expectation and whether people are happy with it or not, he comes to the rink everyday with a smile on his face and he’s ready to work.

“He has a unique skillset and we wanted him to become a well-rounded player and I really just think he took to that — his ability to kill a penalty, get in on the forecheck and use that speed, that wide speed.”

Senyshyn’s numbers at the AHL level aren’t eye-popping. In 174 career games in Providence, the former first-round pick has 66 points.

Despite all that, Leach really liked how Senyshyn played in Providence’s final 15 games of the 2019-20 season.

“I was encouraged,” Leach said.

Whether or not that stretch of time translates to a consistent NHL spot almost 11 months later remains to be seen. The Bruins have plenty of forward depth at the NHL level right now. When the season starts up, there will certainly be players watching from the ninth floor who would have no trouble finding spots on other teams.

Nevertheless, Leach sees Senyshyn getting another chance at NHL time.

“I would expect [Senyshyn] to get an opportunity sometime,” he said. “It’s up to him whether he makes that last. I do know that there is some encouragement there for sure.”

How the late AHL start date will impact player development

In late October, the AHL announced they were moving the start date of the 2021 season back to Feb. 5.

Most players in the AHL are there to get better so that after a year or two, they’re prepared for NHL service time. It’s not an easy transition. Development at the AHL level is critical.

For players entering their first season in the AHL, especially those coming from college, the delayed start time won’t be an easy obstacle to overcome.

“It’s just tough for them,” Leach said. “It’s really tough timing. For a guy who’s coming out of college and been waiting for this opportunity his whole life and now it’s on pause, it’s tough.”

Two notable players making the jump from college to Providence are Jeremy Swayman and Jack Ahcan. Both have high expectations and both didn’t have COVID-19 delays in their development plans.

Still, the P-Bruins are preparing for their season, albeit remotely. They have their workouts. Leach and his staff are in weekly contact with players to make sure they’re at the right place in their preparations on and off the ice.

“They just have to be ready for whenever they’re called upon,” Leach said.