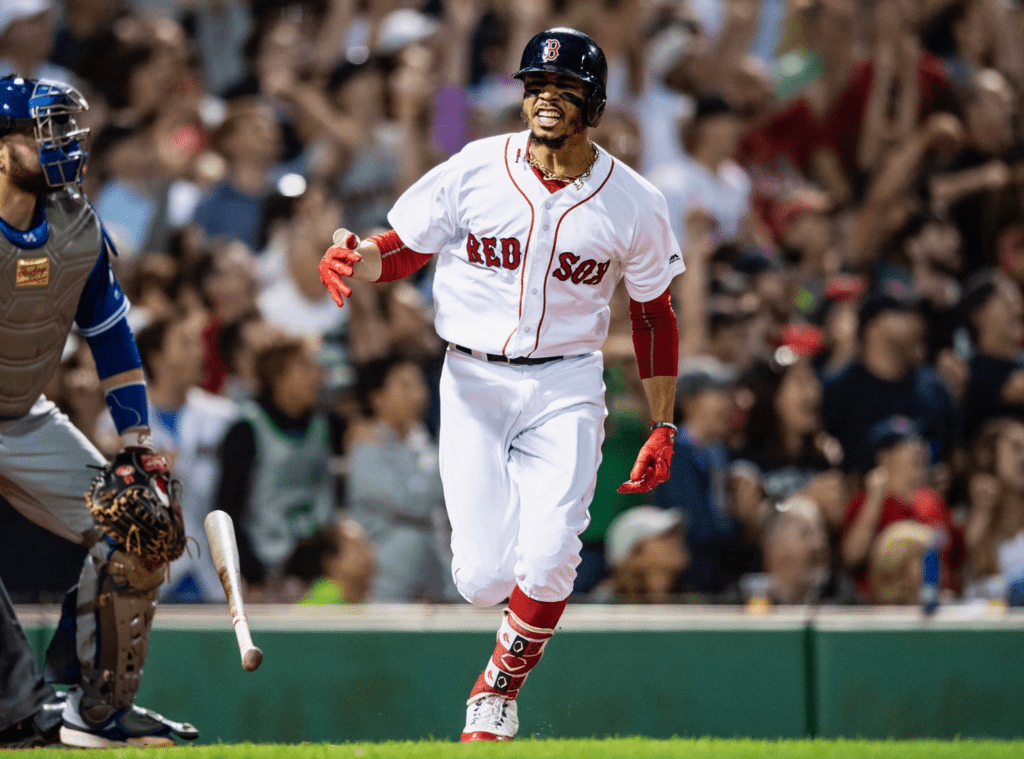 BOSTON — Alex Cora isn’t going to lie. He’s not even going to hide it. He is keeping a very close eye on his nearest competition in the AL East.

At 66-29, Cora’s scorching Red Sox would be running away with the division. His team is playing better baseball than any team in the sport right now. Yet, he looks out at the standings on the Green Monster and sees the Yankees are just two games behind them in the loss column.

“We better pay attention because we know that’s a good team,” Cora said before Friday’s game with Toronto at Fenway. “It is a race. We know that. Every day counts.”

Unfortunately, Friday counted also. Rick Porcello was rocked for eight earned runs in just two-plus innings, unable to retire the first five batters of the third before getting yanked in Boston’s 13-7 loss to the Jays at Fenway, ending their 10-game win streak and dropping them to 66-30 on the season. Not even two triples in the first two innings from Mookie Betts could rescue the Sox in this one.

As the way this season is going, the Yankees fortunately kept pace by falling in Cleveland, 6-5, to stay two back in the loss column and 3.5 games back overall.

The irony of the latest Red Sox streak of sensational baseball is that it came in the immediate aftermath of the Yankees taking 2-of-3 in the Bronx on July 1. The next day Rick Porcello connected for a 3-run double off Max Scherzer and the Red Sox caught fire.

“When I went over there, I joked with (Yankees manager Aaron Boone) and said, ‘Man, when are you going to lose 5 in a row.’ He’s like, ‘I’m waiting on the same thing from you guys.’ It’s cool and I think it’s good for baseball. I mean you know where we’re at, they know where we’re at. I’m a baseball fan anyways, so I know where everybody’s at. I think it’s great. We pay attention.”

Does Cora peek at the out-of-town scores during games?

While there have been plenty of comparisons with 1978 and 1949 this week, perhaps the best perspective in recent memory is provided by the 1993 San Francisco Giants. The Red Sox and Yankees can both be grateful for the Wild Card since it prevents what happened to the ’93 Giants. That team won 103 games and missed the playoffs when the Braves won 104 and captured the National League West title.

But that 104-win team ran out of gas against Curt Schilling and the Phillies in the NLCS. That Giants team featuring Barry Bonds had a 10-game lead on Atlanta on July 22 with a 65-32 record. The Braves won 40 of their next 50 games to blow past them before the Giants made a late run that fell one game short. Last year, the Dodgers won 104 games and fell one game short of their goal in the World Series against the Astros.

This Red Sox team is not showing any fear of complacency, mainly because they know they have not only the Yankees but the Astros and Mariners playing great baseball.

The attitude on this Red Sox team was something formed in spring training, when the team won 22 of 31 games. No, the games didn’t count but the attitude certainly did. And it’s paying off now.

“Yeah we’ve been doing good,” said AL MVP candidate Mookie Betts, who showed off healthy bravado after his grand slam Thursday. “We’ve got another half to go and some playoffs to play in.”

“We won a lot of games in spring training,” Betts told me. “Coming into this season, we were pretty confident in our abilities and that we can play well and so we’re just going out and doing it. It feels like a special team. But as far as season-wise, we know it’s a long season and we just take one game at a time.”

“We definitely knew we had an opportunity to be a really good team,” added another Red Sox All Star Mitch Moreland said. “We’ve got all the makings of it, all the right pieces. There’s just a great group of guys in here. So, we ran with it.”

The Red Sox came out of spring training knowing they had something special going.

“You knew that something special was going on in spring training,” said Sam Travis, called up Friday to replace Andrew Benintendi on the bereavement list. “You could tell there was a completely different vibe around the clubhouse. You knew it was going to be a special season.”

It was Travis who led the spring Sox with six homers and 17 RBI. These Red Sox, Travis included, knew that they had come out of shadow of John Farrell, who managed the Red Sox to back-to-back 93-win seasons and consecutive AL East titles for the first time in team history. It was all about finding the right temperament. And clearly they have.

“I think so. That kind of comes with the game,” Moreland told me. “You’re always going to have that. I guess you kind of feed off each other as the season goes. This is a special group, and a lot of it is the same guys we had last year. We dealt with a lot last year and still had a pretty good year. We’ve just been able to kind of add to that. It’s been even better for us.

“We’ve played well all year. We’ve had a good run so far and this is a special group, special team. We’ve been having fun. I think all that is kind of the result. It’s been a fun first half and something we look forward to carrying over to the second half.”

Can the Red Sox actually be better in the second half after their historic 95-game start?

“We’ve ran into some outs on the bases but as far as everything else, we’ve done everything pretty good,” Betts told me. “It’s a long season so I’m sure we’ll go through our ups and our downs. But we just have to continue to do what we can to win games.”

Added Moreland, “I think you can always be better so we’ll see what happens.”