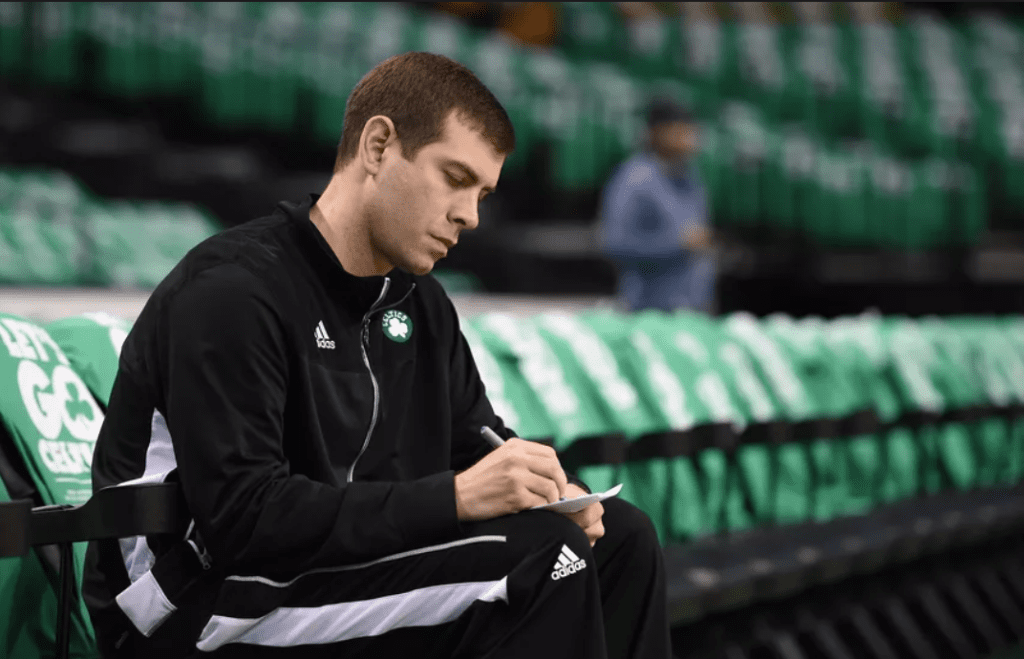 BOSTON — Brad Stevens wants absolutely no part of the great “Coach of the Year” debate.

Despite losing Gordon Hayward for the season in the opener and Kyrie Irving for the entire postseason in March, Stevens managed his team to 55 wins and a 3-0 series lead over a Philadelphia team that had won 20 of 21 heading into the Eastern semis.

So it came with some surprise Wednesday when it was revealed that he did not receive a vote from his peers in balloting for the annual National Basketball Coaches Association’s Coach of the Year Award. Instead, Raptors coach Dwane Casey captured the Michael H. Goldberg NBCA Coach of the Year Award, which is voted on annually by the league’s 30 head coaches.

“The way that thing works is you get one vote. And I’m telling you, I looked at the sheet and there’s no way that I would have voted for me over any of the other 29 people,” Stevens said. “And the guy that should have won got it. And the other guys that got votes, they’re unbelievable.

“I’m stealing from those guys all the time. It’s so incredible to have an opportunity to be one of 30. And I think it’s a lot more important to just focus on competing with your team rather than trying to compare yourself to others. Because I’m telling you, if it gets to be a comparison contest, I’m screwed.”

Stevens was humbled to be considered but said it’s much more important to be honored and respected by former players.

“I think you know me well enough that [awards] stuff just doesn’t [matter],” Stevens said. “It means a lot more to me when I get a text message or you hear something nice from a former player because those are the guys that are in the locker room and you’re spending all that time with. Those guys know how much I appreciate and like them, and enjoyed our times together. So that means a lot.”

One of those former players is Isaiah Thomas, who got wind of the news that fellow coaches didn’t even give Stevens a single vote in their balloting.

The traditional annual NBA Coach of the Year award is voted upon by the media and that comes out later in the postseason.