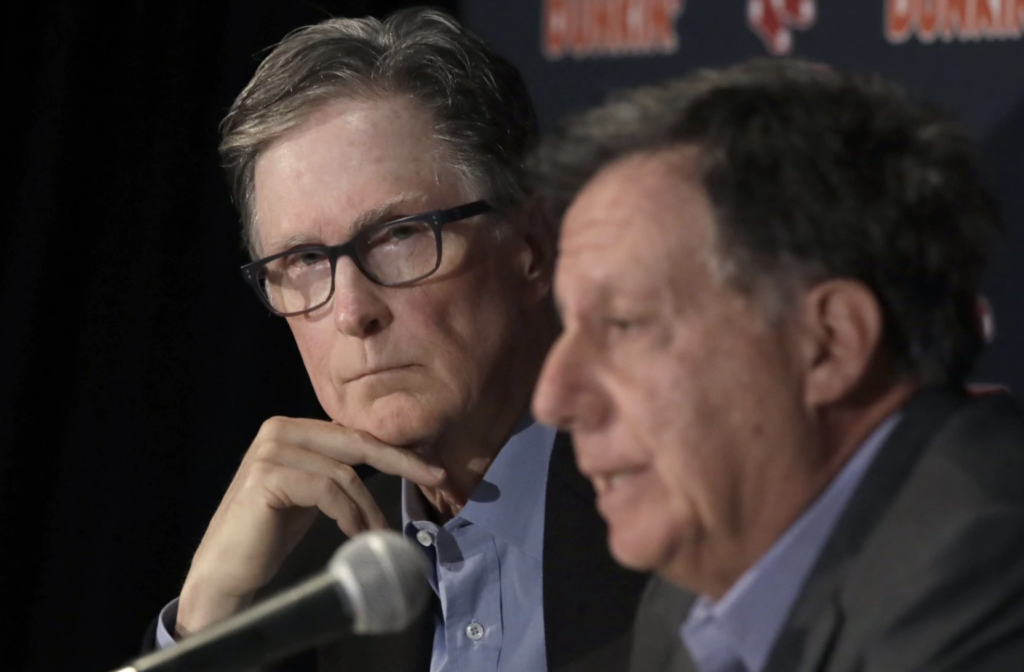 BOSTON – When the 1979 Pittsburgh Pirates won the World Series they rode the happy, feel-good disco hit from Sister Sledge “We are Family” to their last title.

It was Willie “Pops” Stargell, John Candelaria and Dave Parker leading a group of baseball players that rallied around the sense of sticking together. It eventually climaxed in a Game 7 win over the Orioles in Baltimore’s Memorial Stadium.

Fast-forward 41 years and a cheating scandal that consumed the Boston Red Sox, a franchise that has enjoyed four World Series titles since the turn of the millennium.

Owner John Henry, Tom Werner, Sam Kennedy and Chaim Bloom were convened Wednesday at Fenway Park to explain why it was the right “mutual” decision to part ways with their beloved manager Alex Cora, who led them to the 2018 World Series title, the best season in franchise history.

If you were expecting a remorseful tone from the team or one of regret that their fan base has had to go through this, along with other ugly offseason storylines like the uncertainty of Mookie Betts, David Price, the hope for lower payroll and another clubhouse attendant sex abuse charge, you were either disappointed, frustrated, angry or just turned off the press conference, accepting the inevitability of ownership’s stance.

The list of missteps listed above is well-documented and is a lot for a fan base to tolerate.
The Red Sox answer from Henry, Werner and Kennedy?

This is not a happy, feel-good story like the ’79 Pirates. This is the 2020 Red Sox hemorrhaging public image and facing public outcry across social media.

But when asked on several occasions about the nature of the discussion between Cora and the front office during the fateful meeting on Tuesday, Kennedy and others repeatedly referred to the pending MLB investigation on the 2018 Red Sox and the concept of “family” and that the Red Sox are “a family that sticks together” and will move forward together.

The real message to the fan base was and is: You’re either with us or we don’t need your negativity at Fenway anymore. This is our family, dammit. You don’t like it? Leave.

There is going to be no contrition. There was none Tuesday night when they issued the statement on Alex Cora and the team “parting ways” and there was none Wednesday. They spoke of all the good Cora did both for the team and in the wake of Hurricane Maria in his native Puerto Rico in Sept. 2017.

John Henry would not focus on the Cora blatant missteps that have disgraced two World Series winners (’17 Astros and ’18 Red Sox) and his own managerial career. He would only praise Cora as someone who “consistently put the organization ahead of their own interests.” That’s ironic, if not tone deaf.

“We developed a close relationship with a lot of people here. It doesn’t excuse the conduct from the Commissioner’s Report (on the Astros),” Kennedy said. “We realize that. But we’ll miss him a lot.”

“I remember when Alex came on board (before the 2018 season), the only thing he asked was that we bring a planeload of relief supplies to Puerto Rico,” Werner added. “Alex is an incredibly selfless man and I spoke to him today. He’s just an extraordinary manager and we’ll miss him.”

But what about the damage to the image of the Red Sox locally in the wake of the biggest cheating scandal to rock MLB since steroids in the 1990s?

“We are extremely sensitive to the Red Sox being a model organization that fans, especially young fans, look to us to set high standards. We will reserve judgment about any potential tainting of the 2018 World Series until the investigation is done,” Werner said.

Obviously, the Red Sox don’t want to apologize for something they don’t know if they’re even being accused of.

But that’s not the point. The point is contrition. There are those fans turned off by their favorite baseball team who just want to hear the executives say they feel badly that their fan base has had to tolerate such ugly innuendo, in part due to the actions of their own personnel.

Instead, this was John Henry’s nuanced intro to the presser Wednesday:

“Since becoming stewards of the Boston Red Sox almost two decades ago, we – ownership, management, and all the men and women who work so hard to support everything that happens here on a daily basis – we all have held this wonderful baseball club to a very high standard. Today, this week, is not any different. We must ensure to the best of our ability that everyone in our organization represents the club in a manner that deserves the support and respect of our fans.

Since joining the Red Sox, Alex Cora has been one of the many people we work with who has consistently put the organization ahead of their own interests. He did that yesterday as we discussed how to move forward.

We are here to answer your questions, but it would be inappropriate for any of us to comment on the ruling against another club. Regarding the ongoing investigation here in Boston, MLB is doing a thorough investigation, as thorough as the Houston investigation, and we believe that all pertinent facts will be ascertained. We would ask that everyone reserve judgement until MLB completes its investigation, and determines whether rules were violated.

I want to make it clear that we take very, very seriously any allegations made against members of our organization and we investigate them fully.

In the ongoing case I can tell you that we are working with baseball to fullest extent possible. I stated at the beginning that we have now been here for almost two decades. We’ve had tremendous success with incredibly challenging goals tough decisions that have often been difficult.

But if I could give one insight into the people of this organization it is that virtually all of us see this organization as a family. That feeling was operating yesterday in making a tough decision. It operates throughout the organization daily and it is how we approach holding each other accountable and to the highest standards with the highest goals. We will continue to move forward in that manner with what continues to drive us all of us – that is the burning desire to host World Series in Boston.”

The Red Sox are one big family. Whether they are happy or not is not relevant to them. The word “family” has always been code in Boston. It was the same code spoken by David Ortiz following the 2013 Marathon Bombings.

“This is our (effing) city,” Ortiz spoke before that Saturday afternoon game against Kansas City.

In other words, what the Red Sox really want you to understand is this: You’re either with us or get the (F) out of the way. The problem is David Ortiz wasn’t speaking about family Wednesday, Red Sox executives were.

The Red Sox had better hope that their 2020 season isn’t defined by the removal of Alex Cora this week or their extended family will really begin to shrink.