In win over Flyers, Bruins’ third period performance showed the team they’re supposed to be 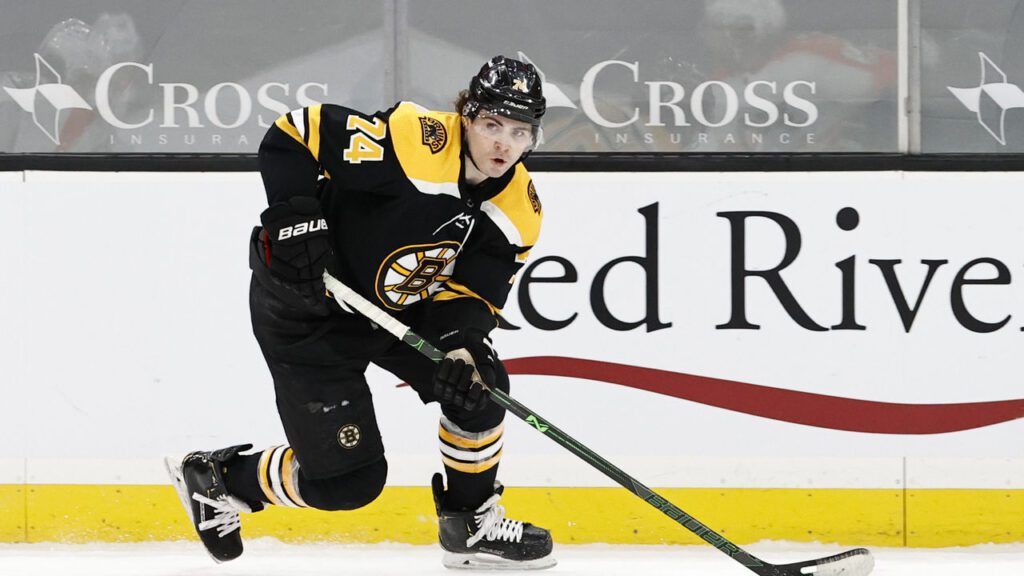 BOSTON, MA — If fans were at TD Garden for Thursday night’s Bruins home-opener, they would’ve been booing through the first 40 minutes. Groans would’ve been heard loud and clear. Their squad looked defeated. A 5v5 goal couldn’t have been bought by the Bruins at the line-less concession stands on the concourse.

But then Bruins head coach Bruce Cassidy let his team have it in between the second and third period and everything changed en route to a 5-4 shootout win over the Flyers.

The fans would’ve struck a different tone during the third period, too.

“Offensively, we’re too easy to play against,” Cassidy said of the message. “We discussed a couple of ways we can get better, a little harder to play against. Maybe a little more forceful manner so hopefully the message gets across.”

For all the 5v5 scoring troubles, missed opportunities and secondary scoring options being invisible through the first 11 periods of the season, everything changed after Cassidy’s intermission pep talk.

The tide began to turn when just 57 seconds into the third period, David Krejci threw the puck on net and Jack Studnicka crashed the crease. His first shot was denied by Carter Hart, but the rebound was stuffed in behind the Flyers goalie to put the Bruins on the board and finally, after all that time, gave Boston its first 5v5 goal of the season.

It was also the first of Studnicka’s career.

“We haven’t done enough of that where we just get to the top of the crease, stop, pay the price” Cassidy said of Studnicka’s goal. “We have to get a second chance goal, third chance, whatever it takes.”

As Studnicka skated to the bench, the cameras caught him smiling and excited to score his first in the NHL. But a lot of that excitement came because it felt like a monkey off the Bruins’ back in general — they’d finally scored that sought after 5v5 goal.

Then came Charlie Coyle’s spin-o-rama goal through the legs of Hart less than two minutes later and the Bruins were feeling it.

“You want to get rewarded for efforts and there was as much excitement for Jack’s first goal, but also Coyle’s,” Cassidy said. “Now we got something going. You’ve got similar goals — going to the net, shot and a rebound. Stuff we’ve been preaching. It’s always easier to buy in when good things happen.”

After those two positives for the Bruins and their efforts to come back from down 2-0, they suffered a negative when Travis Sanheim slid a shot across the ice as he cut over the blue line. The shot deflected off a player in front and through Tuukka Rask’s legs to give the Flyers the lead.

But then the see-saw battle continued. Nick Ritchie added a power play goal and Brandon Carlo blasted one past Hart’s blocker to give the Bruins the lead 4-3.

“That’s four in a row for us,” Cassidy said. “Four games in a row for us that we’ve had to eat one of those goals and good for them for not hanging their heads and they stayed with it and kept battling and we got rewarded.”

The Flyers tied the game with four minutes remaining in the third to force overtime. After five minutes of the Flyers coming oh-so-close to winning it but Rask not quite letting them do it, Jake DeBrusk won it in the shootout.

Rask coming up big in overtime is great for the Bruins, but expected. Shootout results are shootout results. Put as much stock in them as you want.

The real takeaway from Thursday night was in the third period, the Bruins played like the group they’re expected to be.

Heading into this season, the one, big asset the Bruins had was depth up front. It was the first time they’d enjoyed this luxury in quite some time. Scoring didn’t look to be the issue this season — it was supposed to be on defense where holes would show themselves.

Instead, it was the opposite for the first 11 periods of the season. The scoring was nowhere to be found, DeBrusk and Coyle were invisible, while the defense thrived.

The third period of Thursday’s game saw the best case scenario for the Bruins on offense. There was secondary scoring from players like Coyle and Studnicka. There was power play production. Carlo even got in on the scoring. All in all, 10 different Bruins put up a point.

Boston also came from behind twice.

It was a period of hockey that showcased everything the Bruins can be. It’s now on them to channel that effort more often.