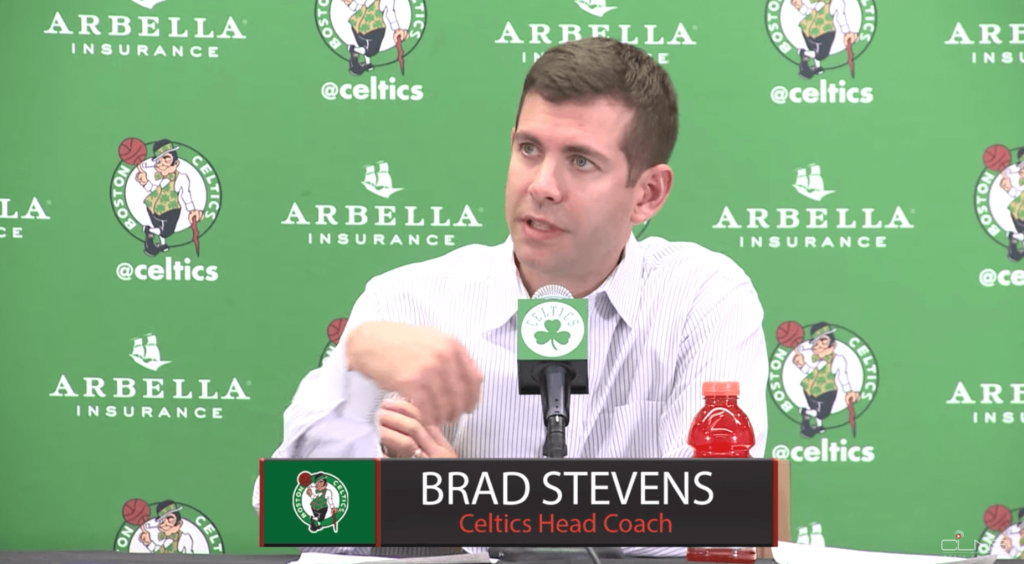 BOSTON — Brad Stevens is in control again. It’s evident between the aligning visions given in the post-game pressers. He keyed in on the screens that the Knicks, led by David Fizdale, threw at Boston a week after the Celtics blew them out. No such separation happened on Friday. The Celtics still managed to escape with a victory though, as Jayson Tatum hit his first NBA game-winner crossing Gordon Hayward’s screen to the corner for a deep two.

Brad Stevens: “We knew that on that cross-screen, Gordon for Tatum, they would switch that … Smart made the right read and Tatum made a great shot.”

The Knicks entered TD Garden switching every assignment, one through five. Their size, owning every power forward left in the NBA, overwhelmed the Celtics inside for the most of the game. Then Marcus Morris hit some big shots attempting revenge in Boston. “They threw a little bit fo a wrench at us,” he said. “They created these false matchups … that took us out of our attack mode a little tonight.”

Jayson Tatum: “I kind of made eye contact with Smart before the play, like if I’m open throw it to me.”

Tatum’s game-winner came after a play that gave the Celtics multiple options to hit a shooter. Whoever received the pass would only have four seconds to set themselves up to shoot. Tatum stepped back to the right corner after escaping Morris through a screen and faded away from RJ Barrett to drill the shot. “I kind of wish that I would’ve hit that shot over (Morris).”

Marcus Morris: “We’ve been talking about this moment for a while. I told (Tatum), when I get back there … we’re going to go at it. “

Morris dropped 29 points on 5-for-8 shooting from three, including a vital three-point free throw trip he drew on Tatum. Tatum’s 24 proved enough to win, on the back of his final three, which Morris saw coming from his little brother. “I came and I was myself,” Morris said of his Boston tenure. “When I come back here and I see everybody, the ball boy down to the trainers, they all embrace me … I want to come down to being the guy that everybody loves.”

Gordon Hayward: “We still have a lot of room to improve.”

Hayward emulated much of what Stevens did after the Knicks win. Despite a 4-1 start, he doesn’t feel like the Celtics have played exceptionally well, especially with bad halves like the first against New York. It’s tough to play a team twice in a short stretch, he said, with New York tailoring a game plan to Boston that caught them off guard. “Finding ways to win is huge and we’ll take it.”

Kemba Walker: “I’m happy (Tatum) got that … he had a smaller guy on him and he just had great position. I probably would’ve took that a lot of times in Charlotte. I don’t mind.”

Walker wasn’t disappointed that Tatum received the last shot. There were a few options, but he thought Smart made the right play. That’s the difference between the team Kemba’s playing with now and in Charlotte.