Is Andrew Yang No Longer the Democrats Dark Horse? 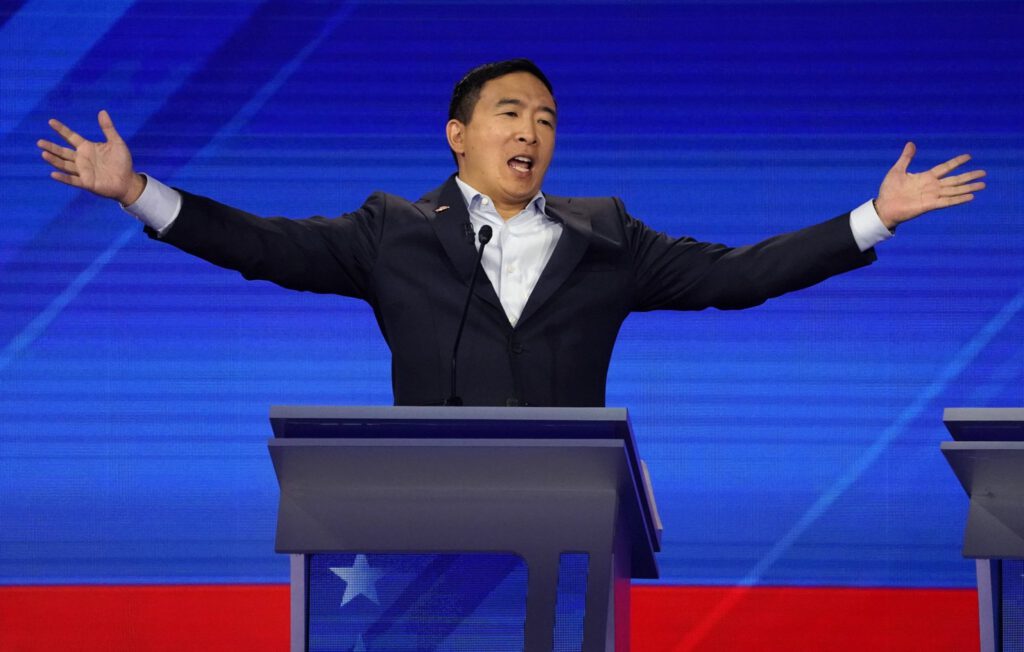 Following Thursday’s Democratic debate, Andrew Yang may no longer be the dark horse for the presidential nominee for the Democrat Party.

Rather, he has moved in as one of the front runners.

Yang won numerous credible online polls, most notably the Drudge Report’s, which polled over 100,000 of its users as of 10 AM ET on Friday.

The biggest telltale sign of all is Yang’s continued march up the odds ticker.  Yang has overtaken Senator Kamala Harris and is fourth in Betonline.ag Democratic primary odds.

Yang’s signature call to action is his “Freedom Dividend” – a marketing slogan for a universal basic income of $1,000 per month to every American.

Promising free stuff — whether it be social security, health care, education — has played well to the party’s younger and more left-leaning base.  And a social security play for all fits perfectly within that mold, thus explaining not just Yang’s shocking appearance at Thursday’s debate, but his now legitimate claim as a front runner the 2020 Democratic Party nomination.

Bet on the 2020 US Presidential race at Betonline.ag HERE – sign up and use code CLNS50