Is It Fair Media Cost Jayson Tatum Millions In All NBA Vote? 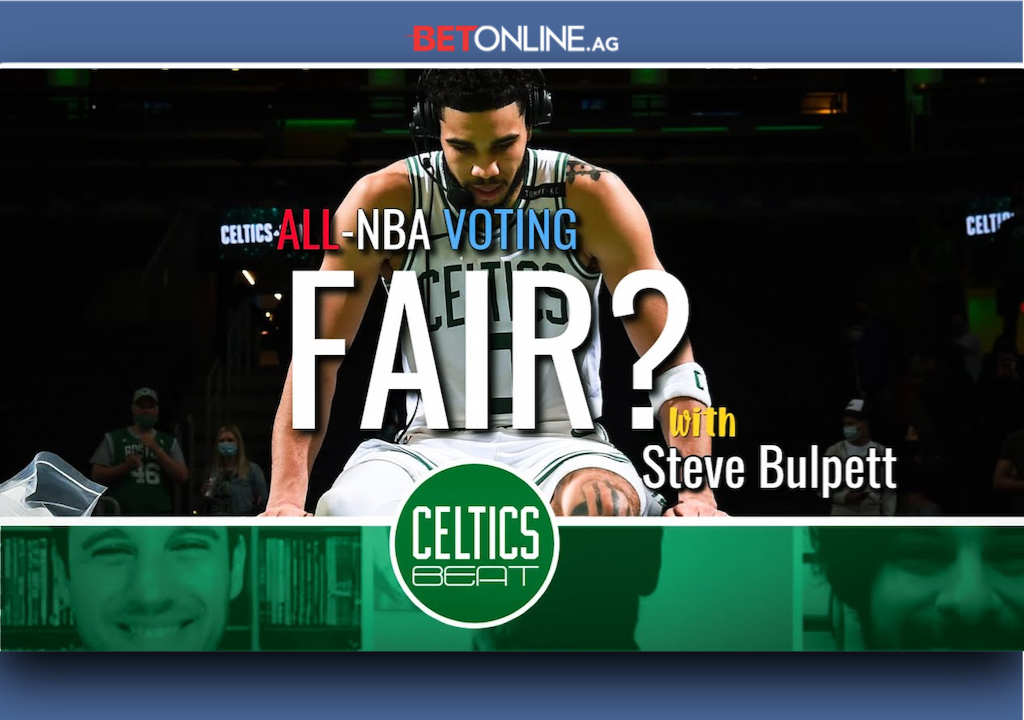 Jayson Tatum was an All-NBA player at just 22 years old in the 2020 season. This past season he improved his numbers across the board and evolved as a late game shot maker, yet his was absent from all three All-NBA rosters.

Every player dreams of seeing their name on one of those rosters at the end of each season, but for Tatum, he missed out on more than just the honor. Steve Bulpett, of The Boston Herald, sat down with Adam Kauffman and Evan Valenti on the latest episode of the Celtics Beat podcast on CLNS Media to highlight the full impact of Jayson Tatum’s All-NBA snub.

The former Duke star averaged career highs in points (26.4), rebounds (7.4), and assists (4.2) per game as he carried the Celtics through a strenuous season filled with injuries and health and safety protocol absences. The injuries and missed games made it nearly impossible for the Celtics rotation to develop
any consistency on the court, but fans could always count on Tatum to show up.

Tatum led the team in minutes per game (35.8) and games played (64) in the back-to-back filled 72 game sprint. His elite scoring and crunch time heroics earned himself a total of 69 points when all the votes were counted, which highest total amongst players who did not make any of the All-NBA teams. This was a massive loss for Tatum, as he missed out on the $33 million-dollar All-NBA bonus that was implemented in his contract.

A global panel of 100 credentialed sportswriters and broadcasters voted on the All-NBA rosters, which are all comprised of two guards, two forwards, and one center. That means that a group of media personnel, who may not pay close attention to the league as a whole, determines the financial fates of players across the league.

“I don’t think it is ethical for media people to have a direct impact on the income of the people they are covering,” said Bulpett. “I just don’t think that’s ethical at all. I’m vice president of the PBWA, the Professional Basketball Writers Association, I think we should run from that.”

There are always a few players every year that perform at an All-NBA level and do not make the cut. Jayson Tatum, Donovan Mitchell, Devin Booker, Zion Williamson, and Russell Westbrook are the must notable All-NBA snubs this season. But after seeing two premier players (Tatum and Donovan Mitchell) miss out on $33 million, some have raised questions about who should be voting for the All-NBA honors at the end of each season.

The league has used a fan vote to help determine who makes the All Star Game, however, there is no way fans should have any say when it comes to league awards. Klay Thompson was almost an All-Star, and he missed the entire season rehabbing his Achilles injury. Players also have a stake in the All-Star game voting, but players do not necessarily pay close attention to everyone else around the league.

“The players may know the game and the ins and outs better… but there’s a lot of guys that they are in their own sphere, and more power to them,” said Bulpett. “They are focused on their job.”

It may not be the most favored option, but it makes the most sense to have the media vote. Fans votes are just never trustworthy (ex: remember when Zaza Pachulia was almost an All-Star starter?) and players are too focused on their job to be tasked with voting for league awards.

“You’ve seen some strange votes over the years, but I think the media is probably best equipped to get it right,” said Bulpett. “And even to argue the issues. Like this year, did a guy play enough games to get mentioned or to get voted on?”