Is There Any Future for Julian Edelman With Patriots? 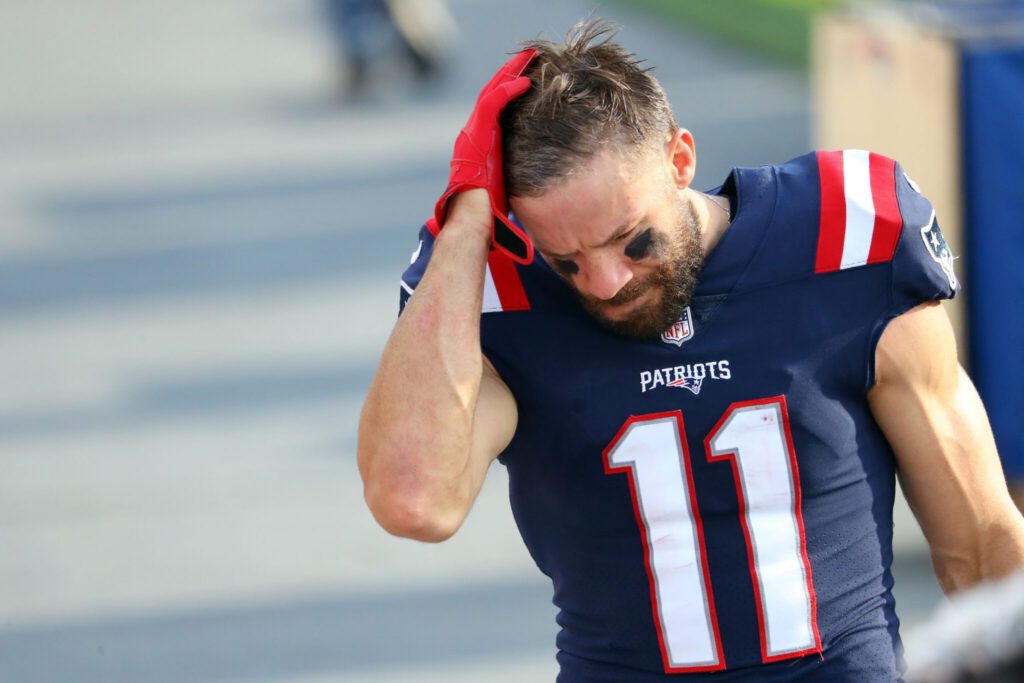 It’s a sad realization for Patriots fans, but it’s looking like Julian Edelman may on the outside looking into the Patriots wide receiver room this coming season. On Thursday, the Boston Herald’s Karen Guregian reported that, “it’s doubtful [Edelman] will be able to play the entire 2021 season,” due to a lingering knee injury that has aggravated him over the last two seasons.

Off-season additions Nelson Agholor and Kendrick Bourne should be able to immediately solidify themselves as the top two options in the Patriots receiver room. On top of this, the emergence of slot receiver Jakobi Meyers last season could mean that April’s NFL Draft is the beginning of the end for Edelman in New England.

There are some serious playmakers in this draft. Top targets like Heisman Trophy winner Devonta Smith, Jaylen Waddle, and Rashod Bateman could potentially to fall to the middle of the first round due to the quarterback avalanche that is bound happen. If the Patriots pass on the QB carousel, then there’s a real chance that they draft one of these players.

Florida’s Kadarius Toney, Purdue’s Rondale Moore, and North Texas’ Jaelon Darden could also be younger, cheaper options that the Patriots use to fill Edelman’s role later on in the draft.

D’Wayne Eskridge has met with the Patriots multiple times and has gotten well-acquainted with special teams coach Cam Achord.

The Patriots clearly have ideas of upgrading the wide receiver position before the 2021 season begins.

Edelman has meant a lot to New England. He’s a 3-time super bowl champion, the NFL’s second leading post season receiving yards and receptions leader, and was the MVP of Super Bowl LIII.

Despite all of this, the NFL is a “what have you done for me lately?” league. It’s looking more and more like Edelman could be a cut candidate once August rolls around.