The fourth round pick has impressed during his first five games with the Patriots. 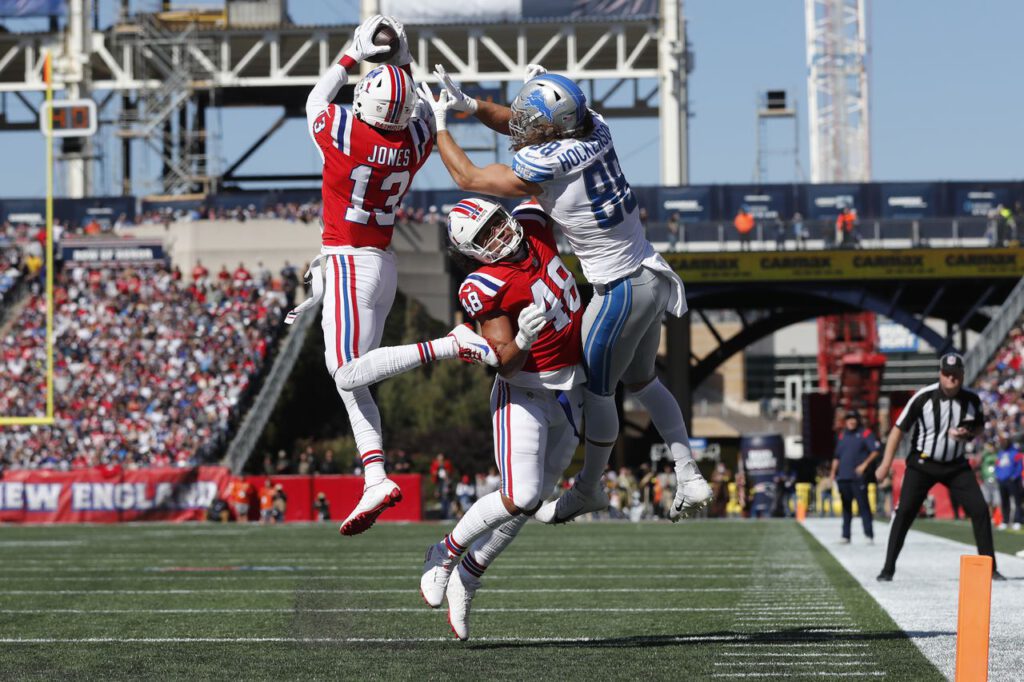 The Patriots have a handful of Pro Bowl caliber players on their team: Matthew Judon, Kyle Dugger, Matthew Slater, David Andrews, and Mac Jones… just to name a few.

Their most exciting player, however? That title belongs to Jack Jones – at least in 2022.

The rookie fourth round pick out of Arizona State has seen his game reps increase over the last several weeks due to Jalen Mills hamstring injury, and has taken full advantage of the opportunity.

Jones has 10 tackles, a forced fumble, a fumble recovery, three pass deflections, two interceptions, and a touchdown return off of Aaron Rodgers over the last two weeks.

If he continues on this trajectory, could he be the Defensive Rookie of the Year? He currently has the fifth shortest odds according to BetOnline.ag:

2022 Defensive Rookie of the Year

Put it this way, if the rookie continues to make plays like this for the rest of the season, then we should just hand him the award now:

Here’s what Patriots coach Bill Belichick had to say on the rookies ridiculous play:

Yeah, it’s a tough play. It’s well designed, what they were doing. [Tom] Kennedy was going down the seam and he was about, I don’t know, about 10 yards ahead of [T.J.] Hockenson and Hockenson was going down the sideline. It was what we call a double seam play where it’s two guys going vertical, but they’re at different levels. That’s always hard on the defense. It’s hard on the corner because if they’re on the same level, he can midpoint both guys, but when they’re on different levels like that, it’s hard to do that. Jahlani [Tavai] made a really good play when the ball was in the air to close as much as he did, but Jack [Jones] just came off of Kennedy as the ball was being thrown.

Saw the throw, came off of Kennedy and obviously made a tremendous play with the interception and then being able to get his feet down inbounds. Actually both guys, both Jahlani and Jack, played it very well. But, it’s a good play, it’s a tough play. Of course [T.J.] Hockenson is a tough guy to defend with those high throws like that was. He would have, I’m sure, gone up and gotten it for a touchdown if Jack hadn’t been able to get his hands on the ball. Really heads up play or just a good play by Jahlani and by Jack, of recognizing that and then Jack’s transition and ball skills, timing, jump, catch. It was an outstanding catch and to get his feet inbounds, I mean, he looked like a receiver doing that.

When you get Bill to go that in depth on what you’ve done on the field, clearly you’re doing something right.

For better or for worse, Jack Jones is a ball hawk. He’s going to put himself out there to make plays like he did on Sunday – that’s just the nature of the position.

Jones has earned the reps he’s gotten in this defense through five weeks, and at this rate he’ll continue to get more. As long as he stays consistent outside of his flash plays, he has a real shot at winning the Defensive Rookie of the Year award, jump on the 10/1 odds while you can.