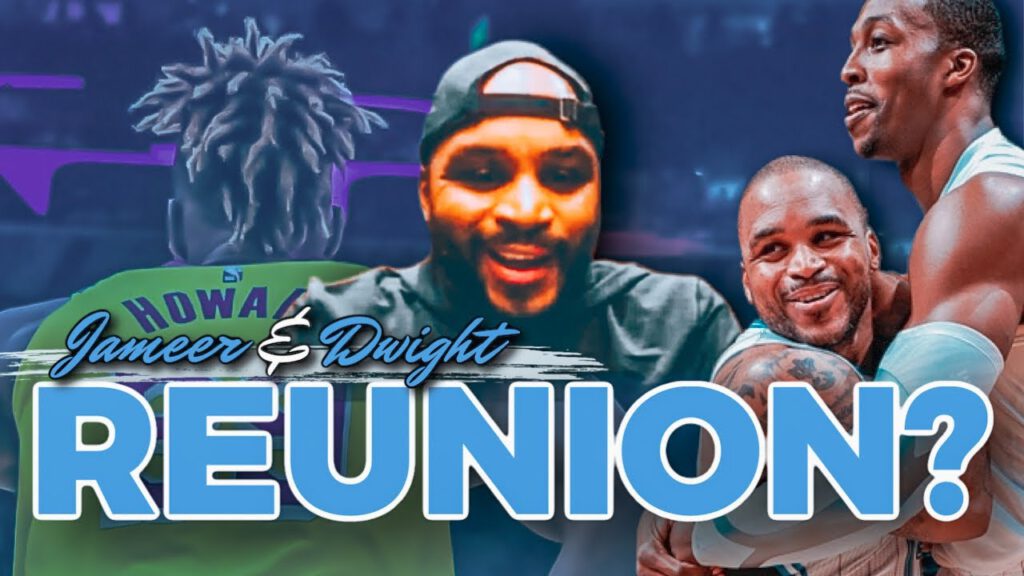 Dwight Howard demanded a trade in 2012 from the Magic as a young team that sniffed a championship and maintained hope they could contend for years. Players like Jameer Nelson, Hedo Turkoglu and J.J. Redick became stars around Dwight’s gravity. That solar system also included the allure of the Lakers and his overwhelming personality. A first round exit in 2012 halted what proved to be a revolutionary roster, with its pace-and-space attack.

Dwight’s trade demand grew ugly before a four-team deal sent him west. The remaining cast in Orlando initially acted conciliatory toward him, until Howard undermined their credibility and Nelson blasted back. Nearly 10 years later, Howard returned to LA after his initial failed stint and journeymen years that followed, and Nelson said on his CLNS Media Court Vision Podcast that he’ll reach out to Dwight to congratulate him for his first championship.

“I’m weird man,” Nelson said. “I’ll wait a couple weeks, I’ll wait a month, just because I’ll let it die down. It’s never too late … all those guys will get a text from me congratulating.”

Howard shed 40 pounds after missing most of last season with a glute injury on the Wizards, his fourth team in four years. Only the Lakers expressed interest in the 34 year old, requiring a workout and meeting with LeBron James and LA’s veteran brass to prove he’s ready. He shocked the league with a lean frame, 7.3 rebounds per game in 18.9 minutes and strong defense against Nikola Jokic in the west finals as a starter.

Nelson discussed how championships for Rajon Rondo and Dwight impacted their Hall of Fame resumés in this week’s episode, minimizing the need for the gold hardware. Howard’s case centers around his peak during the turn of last decade, where Nelson believed Dwight became one of the three best players in the NBA.

“He was playing phenomenal for us, out of his mind,” Nelson said. “We’re young, when you look at the landscape of a career we kind got there at a fast time. We got to the Finals, it didn’t take us 10 years … the one thing I remember Keyon Dooling saying … ‘cherish the moment of being on a good team, because you don’t know when it’s ever going to happen.'”

That cast dispersed for several reasons after losing in the 2009 Finals to Kobe Bryant and the Lakers, Nelson said. The Celtics emerged with a healthy Kevin Garnett in 2010, the Big Three Heat took over the east in 2011 and the Dwight trade rumbling began soon after as Orlando middled out with its veteran cast aging.

Nelson didn’t blame Howard solely for the team’s demise. He believed that the entirety of the Orlando roster needed to be better to compete annually in the east. Watching Dwight’s career progress since, Nelson realized that after Dwight’s first Lakers tenure, he needed to become content in a smaller role.

“I got a ton of calls, a ton of emails, a ton of interview requests and I think I did one interview where I said that basically if he can accept a role and be who is for that team, strong guy, rebounder, block shots, alter shots … frustrate a guy like Jokic. That’s what they signed him for,” he said. “He actually exceeded that role in my opinion.”

Brad Stevens Has Not Made a Bad Trade Yet