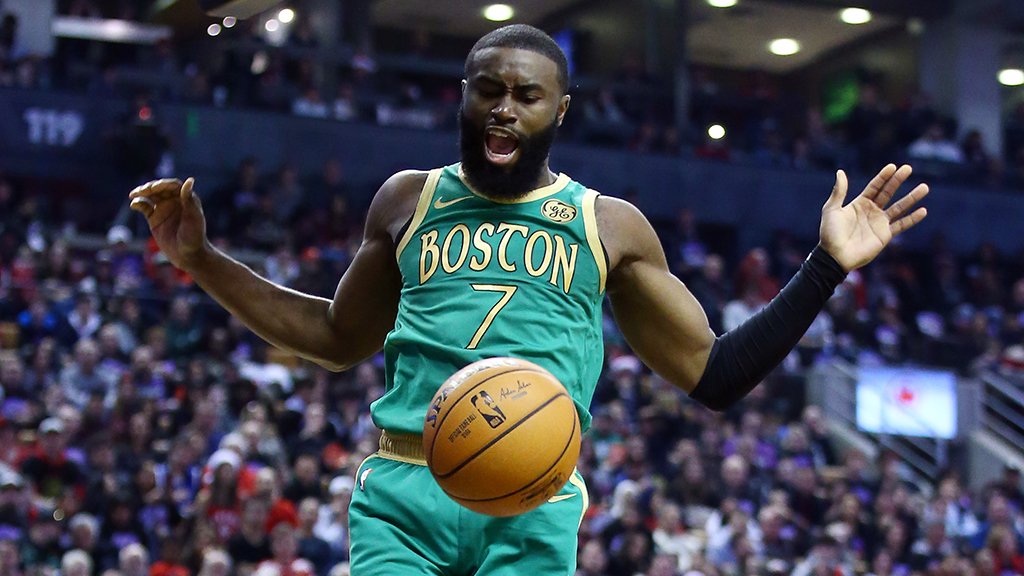 TORONTO, ON - DECEMBER 25: Jaylen Brown #7 of the Boston Celtics dunks the ball during the first half of an NBA game against the Toronto Raptors at Scotiabank Arena on December 25, 2019 in Toronto, Canada. NOTE TO USER: User expressly acknowledges and agrees that, by downloading and or using this photograph, User is consenting to the terms and conditions of the Getty Images License Agreement. (Photo by Vaughn Ridley/Getty Images)
Share
Facebook Twitter Email

For the first time in his career, Jaylen Brown received NBA Eastern Conference Player of the Week honors, the league announced Monday.

Brown, who’s scoring efficiency was recognized for being the only player to shoot over 60 percent while averaging 25 or more points per game in one week, made him a clear-cut favorite to earn recognition. From December 23-29, Brown averaged 27 points while shooting 62.2 percent, including shooting at a 57.9 percent clip from behind the arc.

Pelicans forward Brandon Ingram, who was drafted just before Brown at no. 2, was also honored as the league’s Western Conference Player of the Week for his impressive display for New Orleans. He averaged 25.3 points while shooting 49.3 percent from the floor and led the Pelicans to a perfect 4-0 week.

For two players striving to make their first All-Star appearances, and of the same draft class (2016), the recognition is certainly a step in the right direction. Brown’s dominant 30-point Christmas Day performance last Wednesday not only put the league on notice during the NBA’s annual regular-season showcase of its best games, it also set the stage for the 2016 third overall pick to have a career night where he scored a career-high 34 points against the Cavs while making 13-of-20 from the floor and draining five 3-pointers in back-to-back games.

Brown and the Celtics return to action Tuesday afternoon when they take on the Hornets in Charlotte.