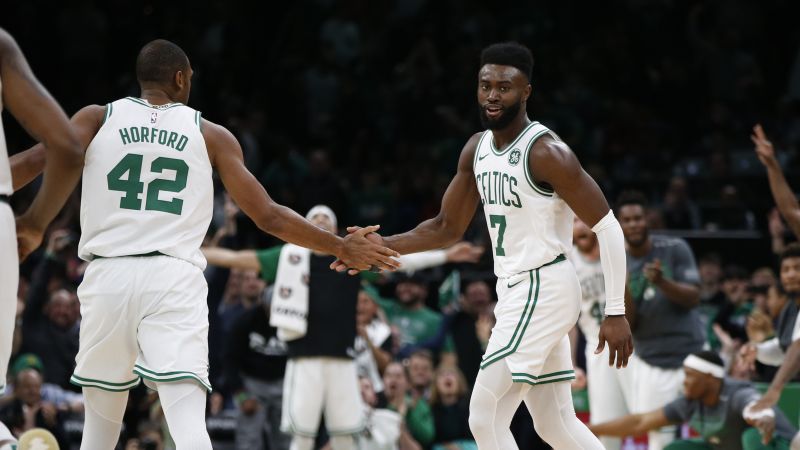 Celtics fans aren’t the only ones excited for Al Horford’s return to TD Garden Thursday night.

Jaylen Brown, who played his first three seasons alongside Horford in Boston, can’t wait to see his former teammate return to Boston for the first time as a member of the visiting team since signing with the Sixers over the summer. He talked about Horford Wednesday night in Indianapolis, following the Celtics’ 122-117 loss.

“I think he should be celebrated, that’s my opinion,” Brown told reporters. “Boston fans, they’re going to do what they want regardless, right? But Al came here, contributed, took this team farthest it’s been since 08′. I think Al served his time well here. For me, he was a great leader, great person of character every step of the way.”

It’s difficult to gauge if Celtics fans’ reception for Horford will be unanimously positive, considering he did head to Philadelphia by choice as a free agent last summer. The best times of yesteryear can sometimes be overshadowed by the hype surrounding a Celtics-Sixers matchup, less than two months removed from a 14-point, season-opening beating.

However, fans don’t forget what Horford meant to the fabric of the Celtics culture the past three seasons, which included Horford being the team’s defensive anchor, two trips to the Eastern Conference Finals, and an All-Star appearance in 2018. For those reasons alone, Horford should receive a warm reception on Thursday.

“I know I’ll clap for him when they call his name,” Brown added. “But that’s just me.”

Horford averaged 13.5 points while shooting 49.8 percent from the floor, including 38.2 percent from deep to go with his 7 rebounds, 4.6 assists and 1.2 blocks throughout his three-year Celtics tenure.