Jaylen Brown Will Play in Celtics vs Bucks Game 1

Jaylen Brown responded well to treatment on his hamstring and will play in Game 1 of Celtics vs. Bucks on Sunday. 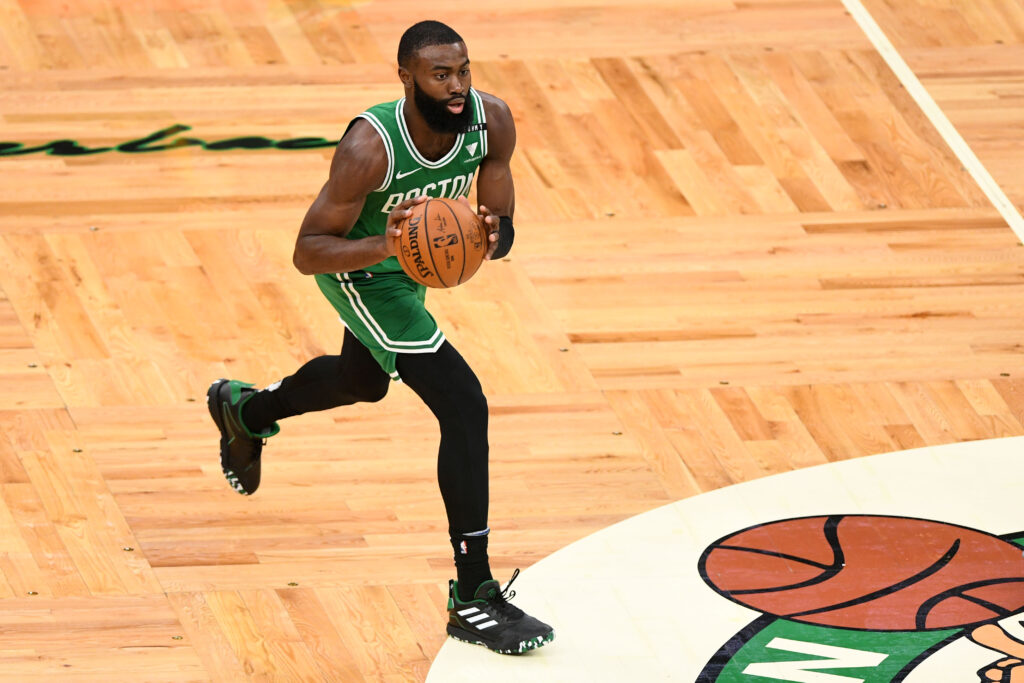 BOSTON, MASSACHUSETTS - DECEMBER 23: Jaylen Brown #7 of the Boston Celtics looks to pass the ball against the Milwaukee Bucks during the first half at TD Garden on December 23, 2020 in Boston, Massachusetts. NOTE TO USER: User expressly acknowledges and agrees that, by downloading and/or using this photograph, user is consenting to the terms and conditions of the Getty Images License Agreement. (Photo by Brian Fluharty-Pool/Getty Images)
Share
Facebook Twitter Email

BOSTON — Jaylen Brown responded well to treatment on his hamstring tightness late in the week and will play in Game 1 of Celtics vs Bucks, with no Boston players listed on the team’s injury report. Brown averaged over 22 points per game in round one before closing out Game 4 through the tightness after Jayson Tatum fouled out. He’ll be cautious given the reoccurring nature of his hamstring ailments, but Ime Udoka confirmed at practice that Brown is feeling and looking good after several days with the strength staff. The ailment was lower-grade, Brown said.

Bobby Manning reports on Brown’s health, along with Robert Williams III’s efforts to get back into shape and Al Horford sporting a wrap on his left wrist at the final Celtics practice before Game 1 on Sunday.