Jaylen Brown scored 30 points on 11-for-20 shooting as his 17 points in the first quarter built a lead the Celtics held throughout Game 2. 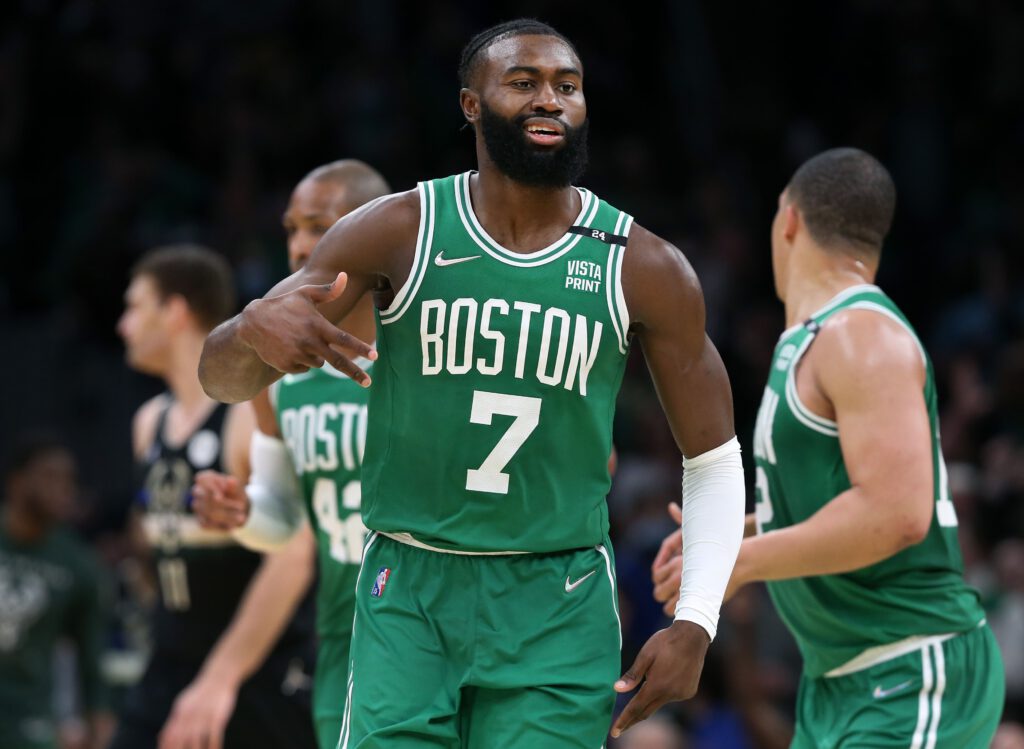 BOSTON — Jaylen Brown scored 30 points on 11-for-20 shooting, dropping 17 points in the first quarter and 25 in the first half attacking Grayson Allen and Giannis Antetokounmpo off the dribble. The offensive explosion gave the Celtics a double-digit lead they’d extend to 25 by halftime and hold for the entire game. Brown’s scoring and playmaking set a tone after a Game 1 where he turned the ball over seven times and the Bucks took it to the Celtics physically, holding them outside the arc. Brown, along with steady passing, gave the Celtics the advantage on a night where they shot 47% from three.