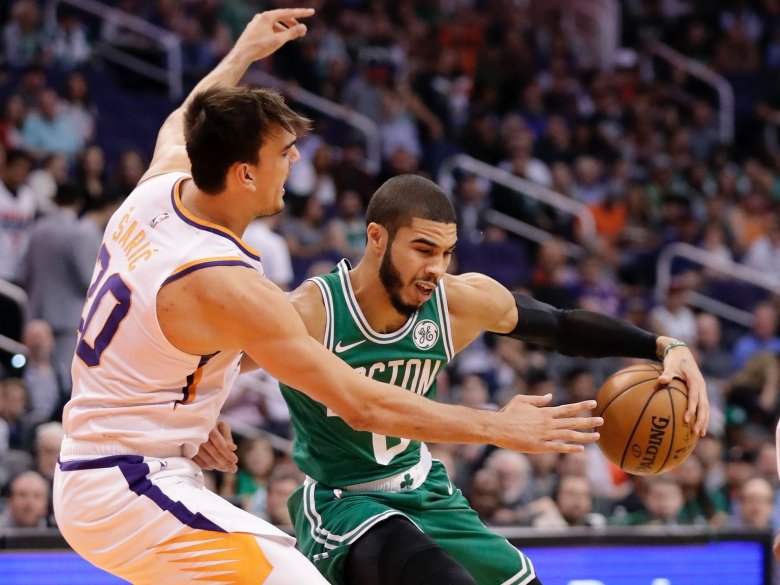 When the Celtics topped the Mavericks for their eighth straight win last Monday, Jayson Tatum made a trip to the Auerbach Center — the team’s practice facility — just before midnight for a postgame shooting session.

Tatum’s 1-of-18 performance against the Mavs didn’t sit well with him, it found himself on the wrong end of NBA history. He became only the ninth player to ever finish a game with one made field goal on 18 attempts.

This motivated Tatum to make a detour to Brighton before heading home and one week removed from his dreadful performance, Tatum found himself in Phoenix putting the finishing touches to his season’s best scoring effort. Through three quarters, Tatum netted 26 points on 8-of-16 attempts, including 3-of-9 from deep.

His approach against the Suns was a reflection of Tatum’s continued growth as a scorer. Picking his spots from inside the arc, he weaved through defenders for contested layups, drew fouls and then established his outside touch as the Celtics pulled away. Tatum also added 7-of-9 from the charity stripe.

Closing out the first half on a 20-4 run, the Celtics carried their momentum into the second half while Tatum put the team on his back. He poured in his final 14 points in the third quarter on his way to a double-double (11 rebounds) night.

Boston eventually built a 21-point, fourth-quarter lead en route to a 99-85 win as Tatum watched from the comfort of the visitors’ bench. The Celtics improved to 11-1 on the season and are now 2-1 in the midst of their five-game road trip.

Next up, the Celtics will travel to Los Angeles to take on the Clippers Wednesday night.