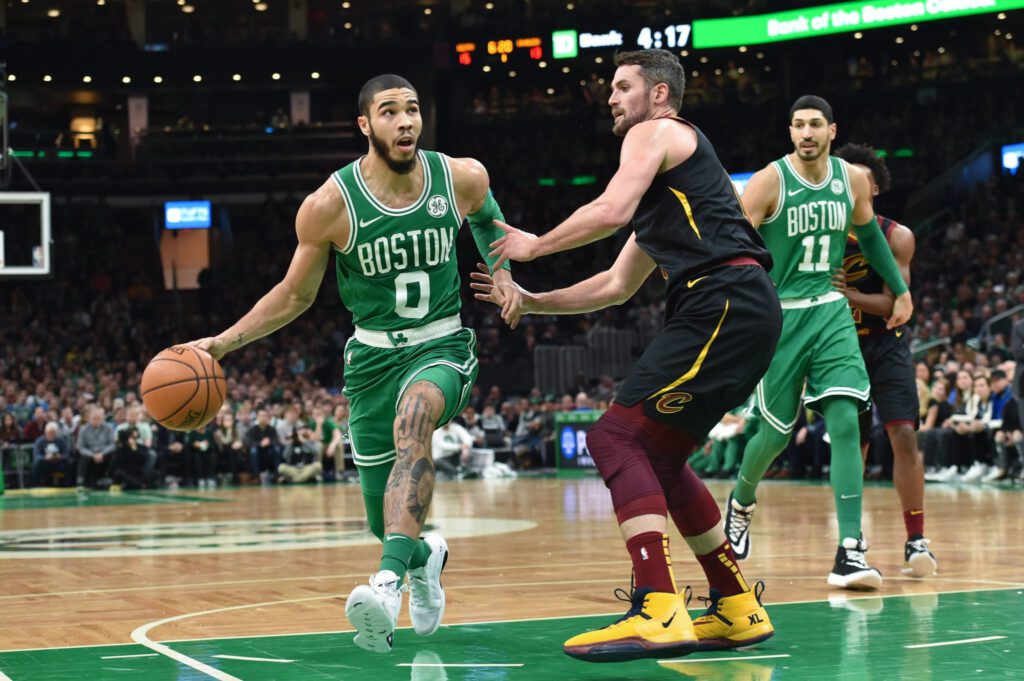 Three weeks ago, in the flow of the NBA season, many players didn’t realize the extent of the growing coronavirus threat. Both LeBron James and Kemba Walker shot down ideas of games without fans, before the virus exploded to a level that made that idea negligible days before it would’ve been enacted.

Players like Jayson Tatum have been sat at home since, setting the standard, for roughly two weeks. Jeff Goodman caught up with Tatum in quarantine, as he resides in a Boston-area apartment complex with his family nearby. He thought about returning to St. Louis, but without an established home there since he made Boston his new one three years ago he’s riding out the storm in Massachusetts.

“It’s frustrating, but … it’s not the worst thing in the world,” Tatum said. “Just stay at home. If you got food and a TV and Wifi, that’s all you need, especially if you’re my age and you don’t have any kids, just stay at home. You’re making it harder for everybody else and you may be prolonging how long this is going on.”

Tatum hangs out with Deuce most days, ordering food with his stepfather occasionally delivering groceries. He hasn’t left his house, dribbled or shot a basketball once since returning from Milwaukee, instead watching highlights straight through his youth until this season. Deuce, who’s yet to produce his own highlight tape, has watched Kung Fu Panda on repeat instead.

That’s left Tatum and others to contemplate what it’d take to get back into shape in any event that the NBA is able to salvage this season. The Celtics had 17 games remaining, and he assumed that he would need roughly half of those games to get back into shape. LeBron James echoed that sentiment recently, calling for a week of training camp and some games before the playoffs could begin.

“Two weeks maybe, to practice and be around each other again,” Tatum said. “It’ll help the teams that had guys injured. It’ll definitely give them more time … I think about teams like Toronto and Milwaukee who were winning … I think that’s tough.”

Roughly 40 staff members and the Celtic briefly met over video chat recently. All NBA facilities closed since various players tested positive for COVID-19, including Marcus Smart. That left players like Tatum doing what they can in their homes. Brad Stevens said this week that the Celtics delivered bikes, individual weights and virtual workout sessions.

Tatum has set up a makeshift gym in his garage with a bike and some weightlifting equipment. Boston and he will continue teleconferences for weeks to come to stay in touch, more for community than anything basketball.

Tatum’s made a similar pivot away from the sport toward constructing a bunkbed for Deuce. He’s not into Call of Duty as most of his teammates are, preferring 2K which he’d likely play until 4 a.m. if Deuce wasn’t around. While some around the league like LeBron have access to their own indoor courts, Tatum hasn’t met his income goal for such a purchase. As savings-minded as he is, he’s weighing if a max contract could cover such a thing.

“I’ll have to think about how much that costs, that’s probably expensive,” he said. “We’ll see.”