Jayson Tatum & the Search For Something New To Say 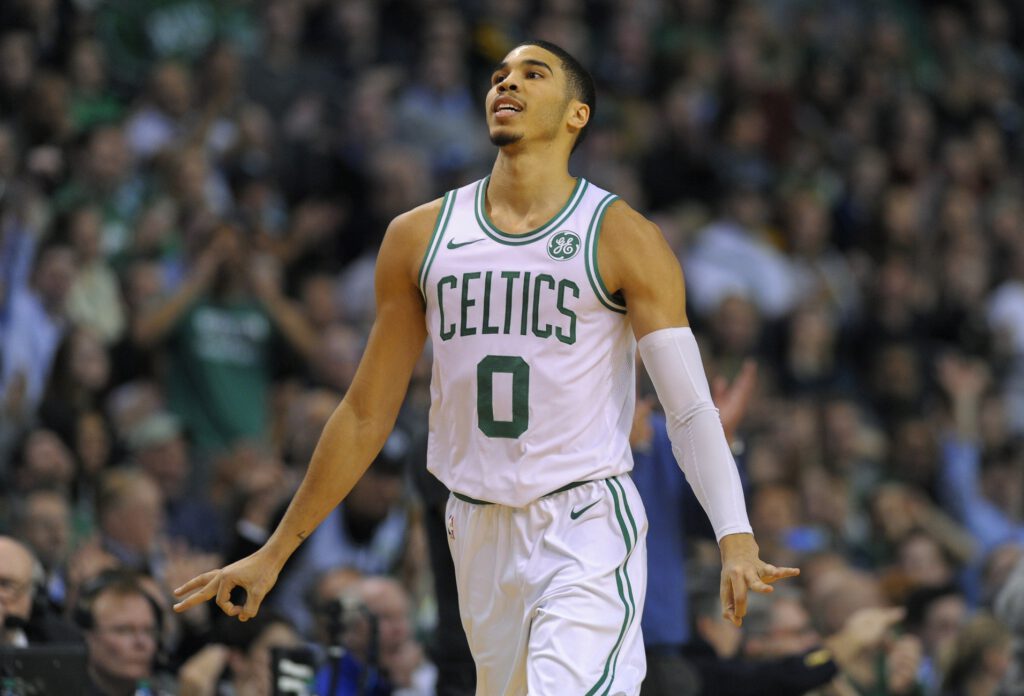 BOSTON — Early in the first quarter of Game 5 between the Celtics and Cavaliers right after Jayson Tatum banged home the first of his three 3-pointers on the night ESPN’s color commentator and notorious cliche machine Mark Jackson offered this poignant (sarcasm font) commentary on the 20 year old Celtics phenom.

“The thing that impresses me most about him is he doesn’t play like a rookie,” Jackson said as if he was the first person alive to ever make this case.

Now we could brush this off simply as the type of empty platitude we’ve come to expect from Jackson on a nightly basis but in this case I’m willing to give him a pass. Because even those of us who’ve watched every second of Tatum’s brief but brilliant NBA career are running out of things to say. Maybe it would be easier for everyone involved if we stopped thinking of Tatum as a rookie at all.

“It’s not even something new at this point. He’s not even a rookie,” said teammate Jaylen Brown. “He’s deep into the postseason in his first year. So it’s a blessing to be here. He’s been filling it up on both sides of the ball. I tell him to stay locked in on both sides, but the sky is the limit for him.”

Tatum led the Celtics with 24 points in the team’s 96-83 Game 5 victory. He leads the team in scoring throughout the postseason with better than 18 points per game. He is by far the team’s most consistent weapon in a half court set and the only one that opposing defenses really need to gameplan for. His defense – a knock on him coming out of college – was once again stellar beyond what you’ll find on the stat sheet, which was impressive in it’s own right (4 steals, 2 Blocks, plus 19). Head coach Brad Stevens has stopped being surprised by games like these.

At 20 years and 81 days old, Jayson Tatum is now the youngest player in NBA History to score at least 20 points in a conference finals game.#CUsRise #NBARooks #NBAPlayoffs pic.twitter.com/kYlCiCFaCH

“I think that we misuse the word ‘development’ sometimes,” Stevens said. “I think we’re in the business of ‘enhancement.’ I think Jayson was ready to deal with everything that comes with this because of who he is and his family and all his coaches before, because he’s a very emotionally steady, smart player that was going to perform at a high level above his age.

“I just enjoy playing in the big moments, in the big games,” Tatum said. “I think that’s when I have the most fun, when things are on the line. A lot of guys stepped up tonight. I can’t say it enough; We’re one win away from going to the Finals, especially after everything we’ve been through.”

The everything they’ve been through naturally refers to the injuries the team has suffered this season. Without Gordon Hayward and Kyrie Irving the Celtics weren’t supposed to make it this far. They have because of the evolution of Tatum, Brown and late in the season Terry Rozier. None of which would have happened had the Celtics star players not gotten hurt.

“His composure, he plays above his age,” said LeBron James. “The unfortunate events of injuries [the Celtics] have had has allowed him to get better faster than they expected. It’s given him an opportunity to make fail plays or make mistakes and be able to learn from them and still be able to be on the floor.”

Astute commentary from James but again, nothing we haven’t heard before. So rather than try to describe Tatum’s play in the context of him being a rookie maybe it would be easier to accept him for what he is, a bonafide NBA star. One who has led this surprising revelation of a team to within one win of an the NBA Finals.