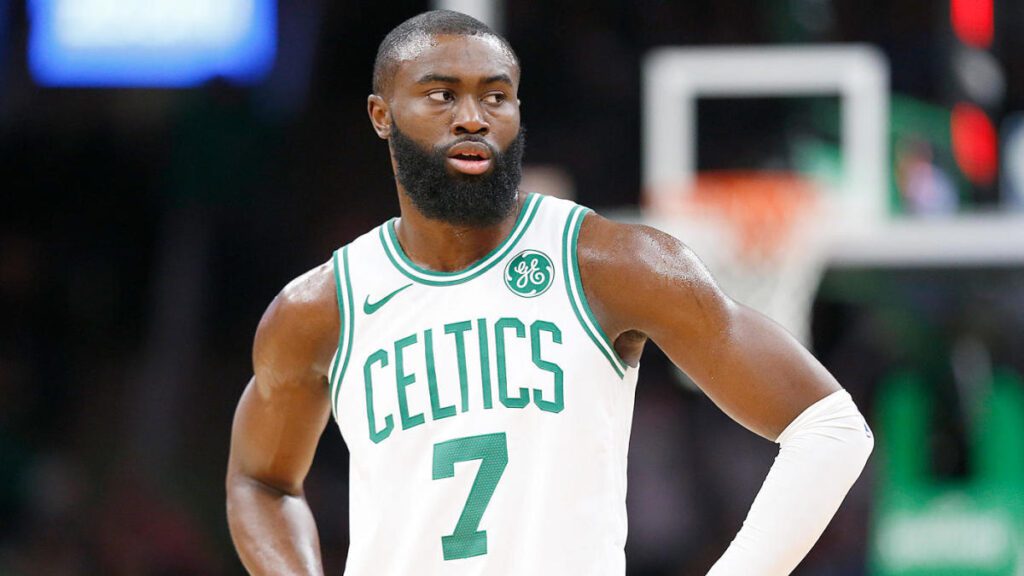 With the Celtics floundering around .500 for the majority of this disappointing season fans find themselves wondering, does something drastic need to happen this offseason to turn the franchise back around?

Basketball insider Jeff Goodman thinks that the Celtics can’t bring back the same roster next season and is considering doing the unthinkable, and that is break up the core of Jayson Tatum and Jaylen Brown.

“I still say they should look at what the market is for Jaylen Brown,” Goodman said on the Garden Report on CLNS Media. “I really believe that. I believe you explore it.”

And the big fish Goodman would hope to reel in by dangling Brown….none other that Jayson Tatum’s buddy and Washington Wizards star Bradley Beal.

“Jaylen Brown and Robert Williams and a first-round pick for Bradley Beal… that’s the one I would do,” said Goodman.

Beal is on the books with Washington for one more season after this one, with a player option for the 2022-23 season. His relationship with Tatum could be a contributing factor in any future trade discussions between the two teams. For his part, Beal has remained unequivocally committed to the Wizards as they remain in the playoff hunt this season.

And if not a big trade this offseason could the Celtics instead look to make a coaching change? Brad Stevens has been under fire for the team’s poor play but he clearly has the support of President Danny Ainge and just signed an extension last offseason.

However Goodman believes that if the Celtics get bounced early from the playoffs this season, Stevens could legitimately be on the hot seat.

If they’re in the play in and they get knocked out before they get to the real thing i think you gotta worry about Brad Stevens then,” Goodman said. “Maybe the change isn’t with the players. It’s one or the other. If you go out in the play in or the first round you cant come back with the same coach or the same players.”