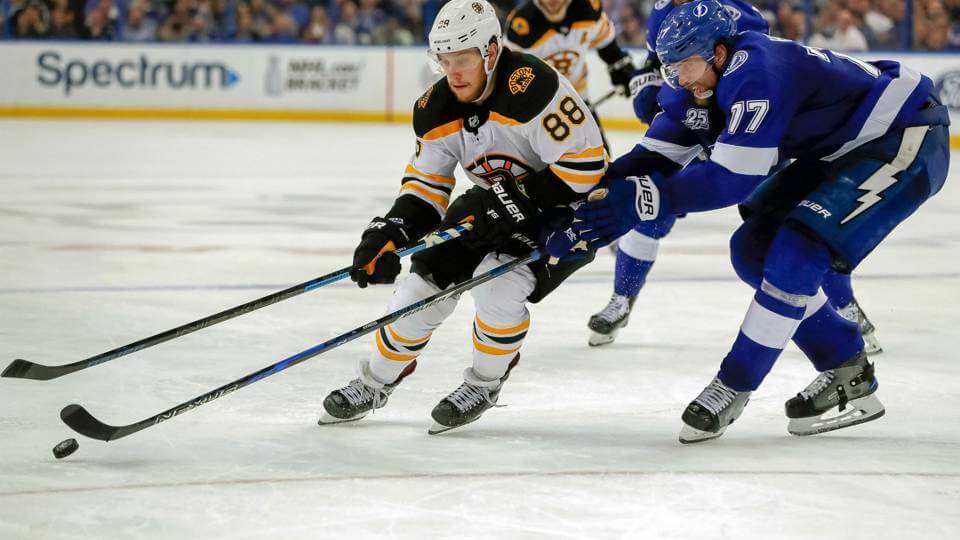 It’s tough to blame the referees entirely for the Bruins 4-2 Game 2 loss to the Lightning, but they definitely didn’t help matters. After the game NBC analyst Jeremy Roenick absolutely unloaded on the officiating.

Jeremy Roenick BLASTS referees after many missed calls during a 4-2 #GoBolts win over #NHLBruins pic.twitter.com/IyFcxjgCeC

In the video, Roenick points to a few prime examples of blatant missed calls by referees.

“We hate to harp on the refs sometimes,” said Roenick. “But tonight, they deserve to get harped on.”

Roenick used the slashing penalty on Torey Krug in the first period to compare it to a clear slash that wasn’t called on Brad Marchand‘s breakaway.

“That’s not called a slash?” exclaimed an annoyed Roenick. “That’s the definition of the new slashing rule.”

He also displayed the cross-check from behind by Dan Girardi on David Pastrnak with around 40 seconds to play in a one-goal game.

“How could none of these be called at the most crucial part of a hockey game, in the playoffs?” said Roenick.

“It’s unacceptable, it’s got to be better. It’s too inconsistent. And if they don’t, there’s going to be a lot of complaining and not just on the ice.”