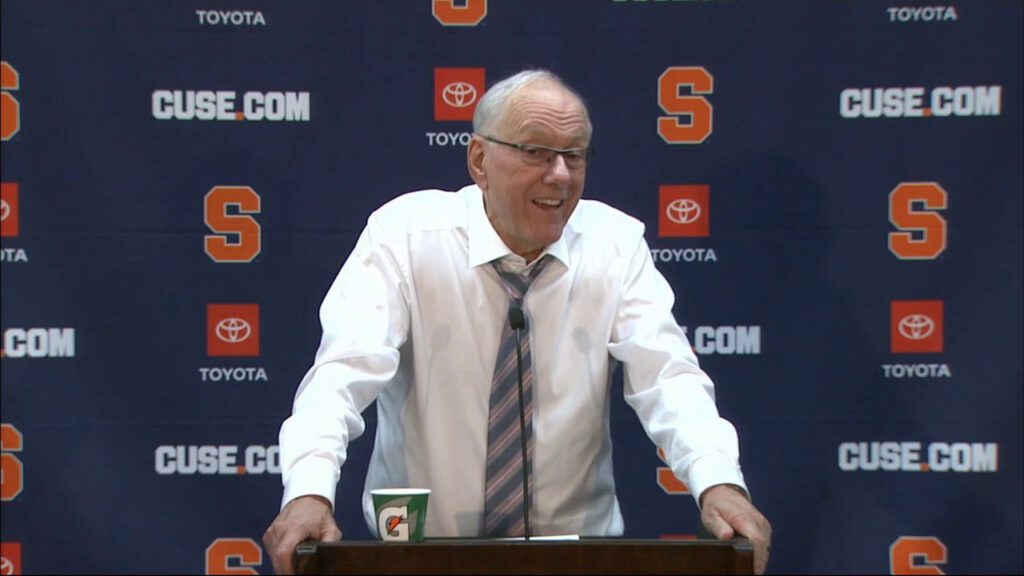 The NCAA announced on Tuesday that it will move forward with allowing name, likeness and image profiting for college athletes. No plan or timeframe exists, or how the governing body will oversee the introduction of money into the sport. It will mark the first time that college athletes would receive money outside of scholarship, food and housing allowances granted by individual schools.

While NIL would not allow schools to pay players, it would introduce differences in income between stars and bench players. That, Jim Boeheim said in a five-minute sound-off reacting to the news, is the breaking point. Every player receives the same amount of money across college sports now. Ideally.

Bobby Manning of SB Nation/CLNS and Matthew Gutierrez of The Athletic reacted to the Boeheim reaction after Syracuse faced off with Carleton in its final exhibition. Orange players also hit on profiting from their likenesses, specifically the possibility of NCAA video games returning.

Subscribe to The Syracuse Basketball Podcast for regular commentary from Syracuse on the biggest topics in college basketball. Jeff Goodman discussed NIL with Jay Bilas on last week’s Good N’ Plenty, with Bilas predicting the NCAA would allow it with heavy restrictions.