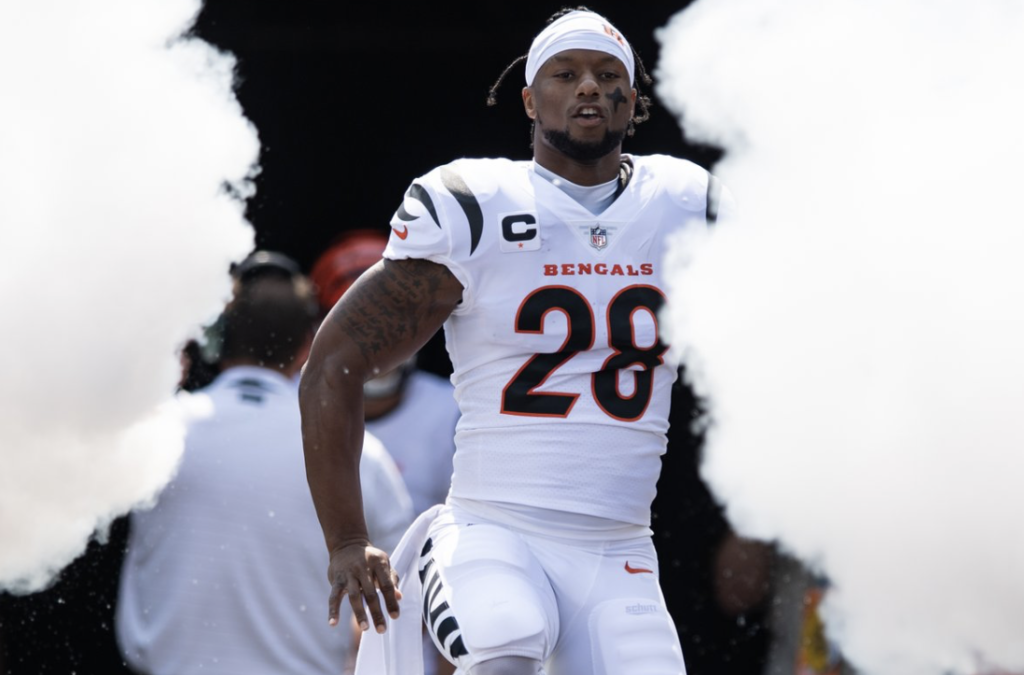 CINCINNATI – You can’t blame Joe Mixon if he looks across the field Sunday and sees a football culture that he would one day like to see in Cincinnati.

He said as much on Thursday, when speaking of what the Bengals will be going up against inside Heinz Field.

“To be honest, I feel like with a team like Pittsburgh, you go in there, it’s a hostile environment,” Mixon said. “I think that their crowd, they come with great energy for them. They do a hell of a job with supporting their players and things like that. And another thing is they’re very physical, so at the end of the day, we’ve got to go in there and match the intensity. We’ve got to go in there, we’ve got to strike and once we strike, we just got to keep on building and going forward.

Joe Mixon says he and Joe Burrow will be ready for Sunday in Pittsburgh #Bengals pic.twitter.com/8xcArcVeRe

What’s most interesting about Mixon’s comments is they highlight exactly why the Bengals, without Joe Burrow and Mixon himself last December, were able to physically manhandle the Steelers and lay a 27-17 beat down on them inside Paul Brown Stadium on Monday night football.

This Steelers team figures to be primed and ready for some sort of revenge, led by Ben Roethlisberger. The Steeler returned to practice on Thursday and will almost certainly start against the Bengals with a pectoral strain.

What the Bengals need Sunday is a good dose of fearlessness and attitude. The Bengals offense needs to wake up and show it can attack a Pittsburgh defense built to attack opposing offenses. The Bengals obviously cannot afford a repeat of the four-turnover meltdown that derailed them in Chicago last Sunday.

This is where Mixon and Burrow need to step up and lead by example.

“To be honest, it’s really just a natural thing,” Mixon told me. “I mean, (Burrow) might say something, or I might say something. At the end of the day, we know what we have to do as professionals to come out and be ready and how to prepare for a game and also make in-game adjustments, so the players, they always look up to us, so we got to do our part as a captain and have them boys rally behind us.

“So, with that being said, it’s pretty much, once you make a big play, then another one, and then you make another one, you make another one, keep on stacking them, and that stuff, it’s infectious. So, at the end of the day, we got to just keep on building, getting better, going one play at a time, and just trying to do whatever we can to be in the best position to put points on the board.”

It’s the stacking of the plays together that the Bengals have had incredible difficulty with this season, and even going back to training camp and preseason. The Bengals have shown glimpses of what they can be. But the consistency across all levels of their offense just hasn’t been there.

Burrow and Mixon are the foundation of this offense. Both need to be threats for any defense to be remotely scared of what the Bengals could do.