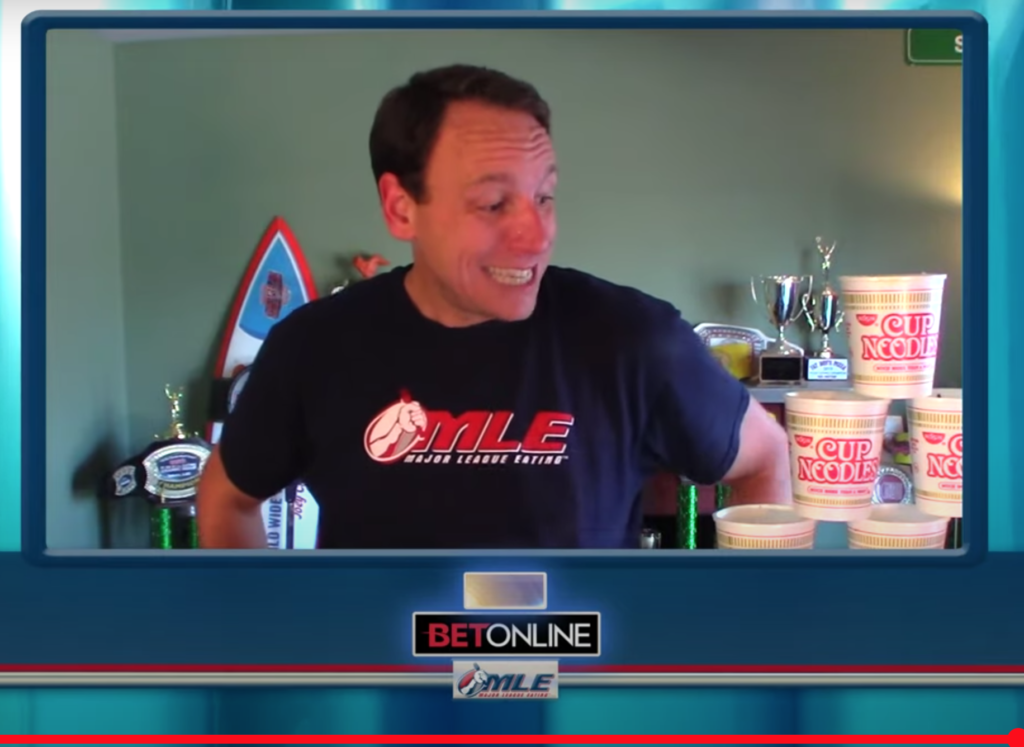 Chestnut defeated the tournament’s number one overall seed by setting a world record by consuming ten ramen noodle cups in 01:50 — one minute and fifty seconds.

Chestnut entered the tournament as a massive favorite according to BetOnline.ag.  After struggling in some earlier contests, such as winning by a technicality against Michelle Lesco, Chestnut dominated the championship match.  The conclusion of the tournament has further cemented Chestnut’s status as the world’s best.

The up-and-coming Nick Wehry took down Darron Breeden in the tournament’s consolation match for third place.

The rounds consisted of speed eating of: bologna, oreos and milk, baked beans, and the aforementioned noodle cups.  Full segments of all rounds and matchups are available on MLE’s YouTube Channel.