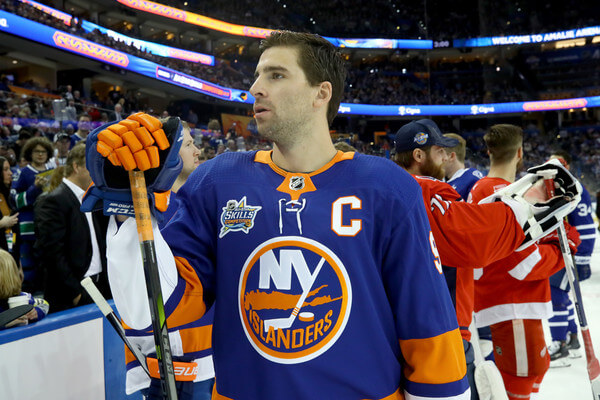 The wait is over. Center John Tavares ad the Toronto Maple Leafs reached an agreement Sunday on what’s reported to be a 7-year deal worth $11 million per.

The news was first reported by David Pagnotta and confirmed by Tavares’ twitter.

I’m thrilled to be starting a new chapter of my career and life in Toronto with the @MapleLeafs. I feel very fortunate to come join a team with a great young core and play where I grew up learning and loving the game. I can’t wait to get started!

Not everyday you can live a childhood dream pic.twitter.com/YUTKdfMALl

The Bruins were reportedly part of the final three teams but in the end, Tavares chose their division rival.

Further, to @TheFourthPeriod report that #JohnTavares has agreed to terms with #Leafs, I'm told #NHLBruins were alerted earlier today, they were out. They were in final 3 of TML, #SJSharks and them.

Tavares was the first overall pick by the Islanders in the 2009 NHL Draft and has crafted an incredible nine-year career on Long Island.

For his career, the 27-year old has 272 goals and 621 points in 669 games. In this past season, Tavares potted 37 goals and 84 points while playing in every regular season game.

Back in February, then-Islanders GM Garth Snow made it clear that they wouldn’t be trading Tavares and he wouldn’t be going anywhere.