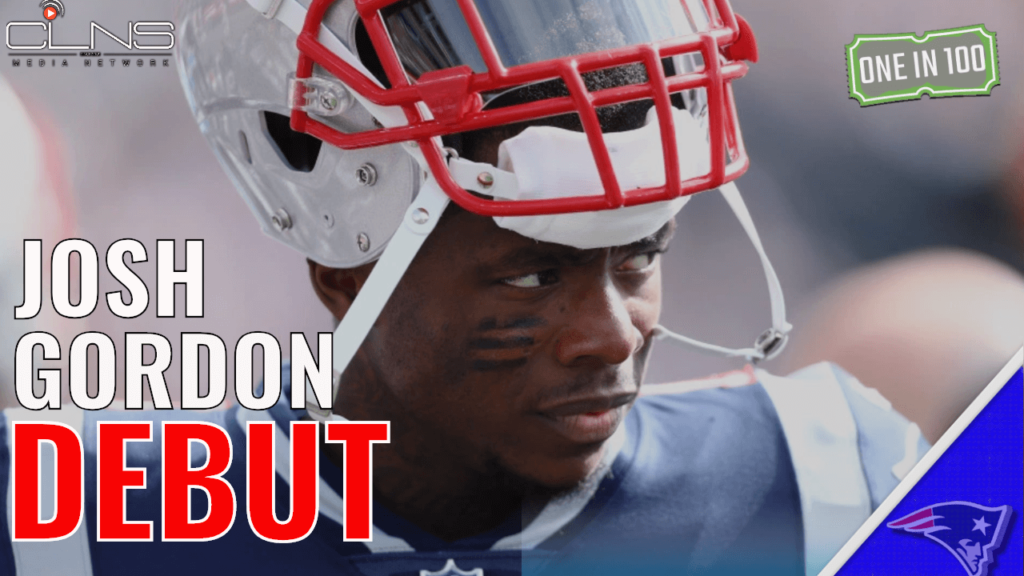 FOXBORO — You know how the saying goes. Fool me once, shame on you. Fool me twice, shame on me. When it comes to Josh Gordon we’re way past counting.

Gordon has squandered several second (third, fourth) chances in his NFL career. When the oft trouble frequently suspended wide receiver was dealt to New England two weeks ago it was viewed as a desperation move by the Patriots and many in the media were dubious Gordon could turn it around and do things ‘the Patriot way.’

But speaking to reporters after his Patriots debut Sunday in a 38-7 win over the Dolphins Gordon sounded like a man who understands that this is his last best chance at redemption, and – whether you choose to believe him or not – this time it’s going to be different.

“I have no doubt I’m going to take advantage of this opportunity. I’m more than blessed. I’m extremely grateful to be put in this scenario. I think the only thing right for me to do is take full advantage of it. I’m loving it, I’m enjoying it, the guys here are great, it’s a real home environment and I feel as comfortable as ever here. It’s awesome.”

Again, Gordon has said the right things before and not delivered. He always come across as earnest and is someone who makes you want to believe. One difference between now and any past opportunity; Gordon has never had anyone like Tom Brady to help guide him.”

“He’s been rooting for me, and it’s been awesome to have his support and his love, as well as the rest of the teammates and staff here. You know, Tom’s a passionate guy and I love that, and I love the game of football and I think we’re going to mesh just fine.

Last point on Josh Gordon before kickoff: Tom Brady has made a very deliberate effort to establish a relationship with Gordon since he arrived. Brady recognizes the potential — and he’s doing his part to make this work. It could absolutely pay off. This will be interesting.

Gordon started the game and was on the field for only 18 snaps. His first catch came on a 13-yard slant on third-and-6 on the Patriots opening drive which ended with a field goal.

In the 2nd quarter Gordon drew an illegal contact penalty which extended a drive which resulted in a touchdown. His downfield block helped James White find the end zone on a 22 yard TD run. Gordon also added a 19 yard reception in the 3rd quarter. All in all, Gordon seemed pleased with how the afternoon went.

“It took a lot of effort and time and work put in studying. All around, just a concerted effort from the training staff and what I could do on my end and try to make it work. But, it was an awesome experience and I really enjoyed it and a great opportunity.”

Again, we’ve heard it before. But this time, maybe things will be different.

For Gordon’s sake they have to be.