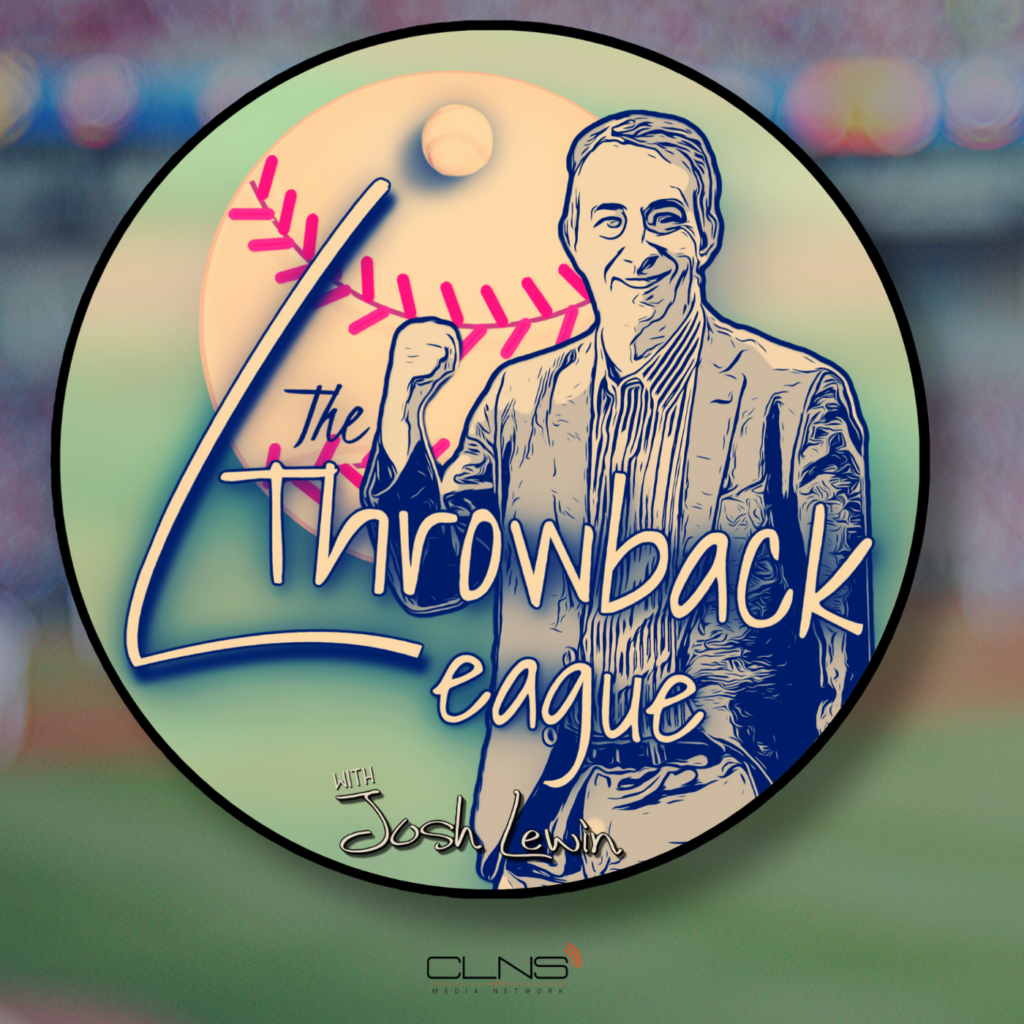 BOSTON — Many baseball fans continue to long for the glory years of modern baseball. Veteran play-by-play voice Josh Lewin hears those calls.  In partnership with CLNS Media, Josh is launching a first of its kind podcast starting this February 17th, 2020 on the network.

The Throwback League will be a simulated March Madness-style tournament pitting the 48 best teams from 1974-2006.  Lewin will be in the booth as all-time great teams and players battle it out over the next year-plus.

“This is a project that’s been a dozen years in the making.  I couldn’t be more excited,” said Lewin. “Especially partnering with CLNS. They know the podcast space better than anyone.”

Josh also believes the podcast “will be a departure from talking about off-field shenanigans, analytics, and pace of play which will assuredly be a nice thing to put in your earbuds.”

In more incredible news, Lewin will also take over as host for the network’s flagship baseball show — Red Sox Beat.  Produced by Ryan Lemay, the podcast returns for its eighth season.  Subscribe to The Throwback League and Red Sox Beat on Apple, Spotify or wherever you get your podcasts.

ABOUT The Throwback League

For baseball fans missing the “simpler times,” veteran baseball announcer Josh Lewin brings nostalgia to life with a new CLNS-produced podcast, The Throwback League.  Beginning February 17, 2020, The Throwback League is a once a week podcast that’s essentially a March Madness-style tournament played out over 48 weeks. The World Series winners between 1974-2006 all make the tournament and 16 at large pennant winners too. They’ll square off bracket by bracket.  The game results are simulated by the WhatIfSports algorithm and are ‘broadcasted’ by Josh. He’ll take the box score results the computer spits out, go into the studio and do a radio re-creation.

For example, if you check the upper corner of the bracket—Deion Sanders will dig into the batters box to face Catfish Hunter.  Mariano Rivera may be asked to close a game out vs the middle of the Dodgers order: Ron Cey, Steve Garvey and Dusty Baker. In the words of George Costanza, “worlds are colliding.”

Former Sunday Night baseball voice Jon Miller will break things down as our pregame analyst, (with a couple surprise pre game analysts stop by as well!) Between innings, we’ll hear from one of the players who was on these teams to tell the story of what it was like to be there.  It’s the crack of the bat, the roar of the crowd, and the end of the arguments about which team was better and which was best.

Josh Lewin was an original MLB-on-FOX network play-by-play voice beginning in 1996 (through 2011) and later worked as the TV voice for the Detroit Tigers and Texas Rangers.  He began his major league career doing pre-game and post-game shows for the Baltimore Orioles and working Chicago Cubs telecasts for WGN. He has since done radio play-by-play for the New York Mets and Boston Red Sox and is currently the Voice of UCLA Football and Basketball.

Josh’s love of “classic” baseball-on-the-radio and hatred of cross-country travel has made him the perfect writer, producer and broadcaster for The Throwback League.  He is currently the co-host of the popular Radio.com Sports podcast “Big Time Baseball,” and previously voiced daily podcasts for the Mets’ and Red Sox’ flagship radio stations.

He began his broadcast career at age 16 with his hometown Triple-A Rochester Red Wings and now lives in Solana Beach, CA with his wife, Stacy, and dog, Schmooly.  His oldest child, Kelsey, is a podcaster; his youngest, Coby, a voice actor. Josh is also a dedicated advocate for mental health and created a web site for those with anxiety and/or depression: OkayTogether.com.

The CLNS Media Network is the leading online provider of audio and video content in the digital realm. CLNS is a premiere destination for broadcast journalism as well as personal and collective digital branding and marketing. Our mission is to enhance and empower the individual while providing information and ideas that enrich and enlighten society.

The network features a continuous broadcast schedule with numerous personalities and celebrities from across the worlds of current events, finance, entertainment, technology, education and sports. CLNS works alongside content producers to deliver audiences the highest quality presentations which immeasurably enhances the retainability of its information, analysis and messages. Thus, making it most advantageous to both its consumers as well as current and prospective advertisers.  Visit https://www.clnsmedia.com