The 2021 sixth round pick shined on defense for the Patriots today. 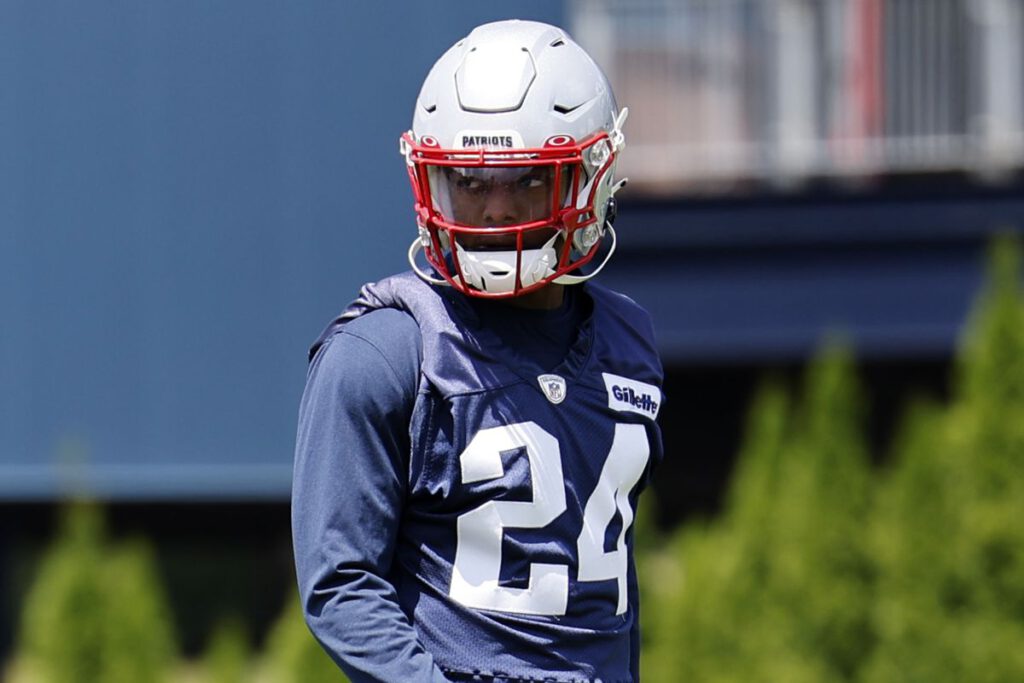 FOXBORO, Mass. – Another day, another practice to cover on the fields just outside of Gillette Stadium.

The Patriots made some noise post-practice yesterday, as Adam Schefter reported that the team signed defensive tackle Davon Godchaux to a two-year extension worth $20.8 million, and $17.85 million fully guaranteed at signing.

That’s a lot of money for a DT who was a part of a bottom-tier run defense last season.

Bill Belichick, however, feels differently about the defensive tackle. He told us prior to practice that Godchaux is, “one of the best defensive lineman in the league.” Clearly, the team is happy to lock him up.

Reports indicate that the deal should also free up some immediate salary cap space for the team – something that they desperately need.

Godchaux’s agent, Drew Rosenhaus, was in attendance for practice today. He notably shook hands with an elated Jakobi Meyers as he entered the field. Is the undrafted WR next?

That’s it for pre-practice news. Here are my observations from Thursday’s session:

Cornerback Terrance Mitchell was once again the first player on the field on Thursday – followed, again, by quarterback Mac Jones.

Matt Judson gives the crowd a wave as he arrives for day 2 of #Patriots camp:

Fan favorite Matthew Judon entered the practice field in full sprint, pumping up the crowd in the process.

I feel like I’m constantly writing the same thing about Mac Jones – but its a compliment to his consistency. He already has the poise of a 10-year veteran on this team. Other than Matt Patricia once again calling the plays, here are some notable observations from this side of the ball:

Defensive tackle Deatrich Wise was the lone absence from practice today, outside of the usual PUP guys.

Safety Brendan Schooler has been over performing expectations thus far during camp. The undrafted rookie out of Texas was a former WR at Oregon (which we all know coach Belichick loves). He probably won’t make the final 53, but could be a practice squad candidate come September.

The safety position is the clear cut best position group on defense. Cornerback Malcolm Butler has been subpar thus far, and linebackers Ronnie Perkins and Cameron McGrone played mostly with the scout team today. This defense worries me.

Nothing new on this front. Matt Patricia continued to call the offensive plays during 11-on-11’s. Mac Jones checked in with him before every play during the sessions.

Safety Joshuah Bledsoe, a 2021 sixth round pick, shined on the back end of the Patriots defense today. He had three pass deflections during team period. He can add to an already stacked safety group.

After a decent defensive period during red zone work, Butler was asked what happened. “It looks like Bill Belichick is an offensive coach now!” said Butler, inferring that they know how to attack him.

The always-happy Christian Barmore simply said, “no, not really,” when asked if he ever has a bad day. He also did a great job of hyping up his defensive line friend Davon Godchaux, who Bill Belichick called one of the best DL in the league this morning.

“I do consider myself one of the best defensive lineman in the league,” said Godchaux when asked about Belichick’s comments. He certainly has some expectations to live up to this season.

As many have noted, Rhamondre Stevenson looks much more fit heading into his second training camp. When asked what he did differently this offseason, he said that he just, “listened to his nutritionists, my trainers, and stuck to the plan.” Stevenson is a star in the making.

Though today could be considered uneventful – there are still plenty of takeaways:

The Patriots will be back at it yet again on Friday morning at 9:30am. Stay tuned for more live updates on Twitter and post-practice coverage here at CLNSMedia.com!